On the way to pick up the kids from camp, I had another one of these yummy bars: 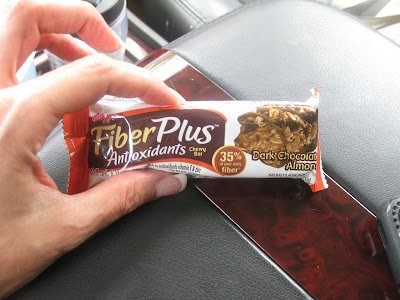 Once home, I hopped in the shower and got ready for my sister in law's celebration. It was held in the Cornado Community Center. She and her family were honored as being an important part of the Jewish community in Cornado. There was an hour of cocktails and appetizers outside. It was beautiful out and it was right on the water. I had some red wine and misc appetizers: hummus & veggies, sushi and some passed appetizers that was like a spanakopita. Then we went inside for dinner.

To start, we had a mixed greens salad with a vinaigrette. I also ate part of my roll with the hummus that was on the table: 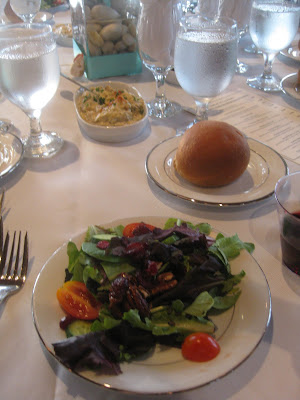 The entree was some sort of roasted chicken, couscous and veggies: 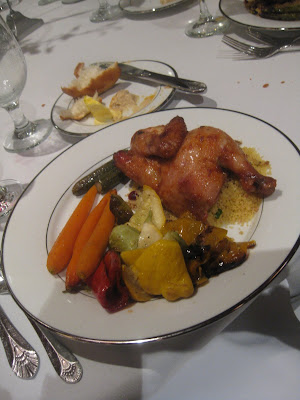 I was rather full by the time dinner was served so I didn't eat very much of it. That's ok because it wasn't that good. :( 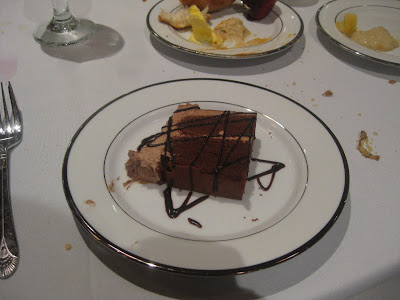 I had a couple of bites and called it a night.

This morning's breakfast was a slice of Ezekiel toast with peanut butter and a side of watermelon: 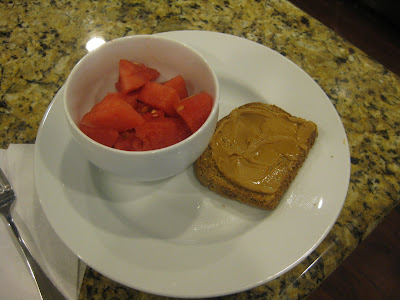 I took the kids to camp and then went to spin class. I left a very sweaty beast. I love that! I cleaned up and did some random stuff around the house. Lunchtime rolled around and I made a bagel thin sandwich with hummus, light swiss cheese, spinach, tomatoes and red onion. On the side was Trader Joe's pea soup: 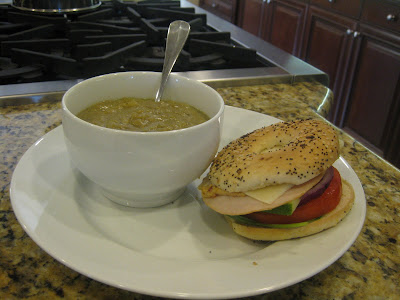 Afterwards, I went to the bank, dry cleaners and two grocery stores. I put it all away, checked my email and then went to pick up the kiddos.
When we got back, I made a snack. Wheat tortilla with a string cheese in the middle that I melted in the microwave: 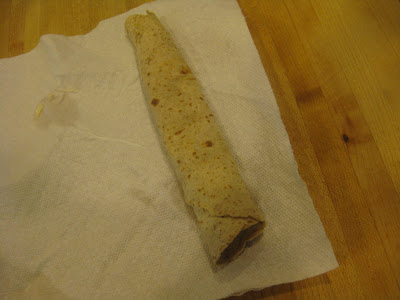 I ate every bite with Cholula. :)
I decided to whip up some of my favorite marinara sauce: 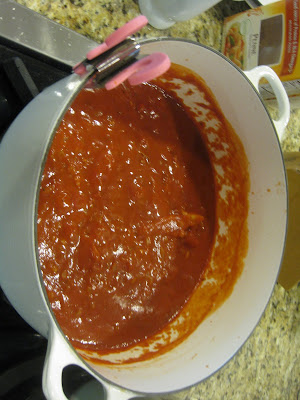 I am going to go on a walk with Lisa soon. I think we'll be having some sort of pasta for dinner. At least the marinara is done! :)