To celebrate the year anniversary of my blog I had a glass of vino before we went out: 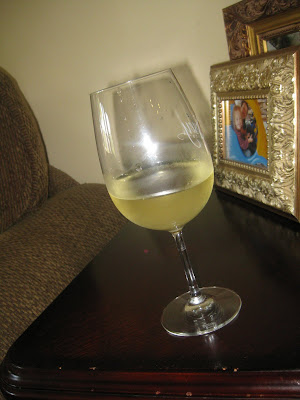 We took the kiddos to the "nightcare" at the club and then hit up the complimentary appetizers. I ordered a glass of chardonnay to go with my apps. 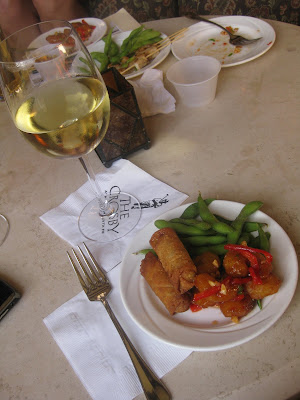 I had some edamame, mini veggie egg rolls and some delicious Asian fried shrimp. I actually had an entire extra plate of those shrimp after this picture was taken. They were so good!

By the time we were seated for dinner with our friends, I wasn't super hungry so I decided to roll with a couple of appetizers. I split the wedge salad with the hubby: 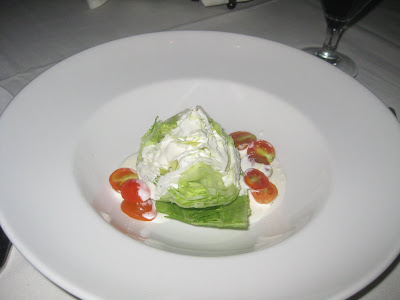 I ordered the wagyu beef and mushroom ravioli appetizer for my entree: 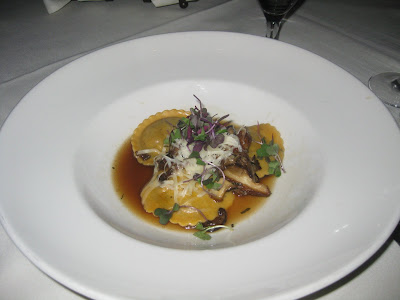 It was a perfect size!

Hubby ordered the messy hot fudge sundae for dessert. You know I had to have a few bites! 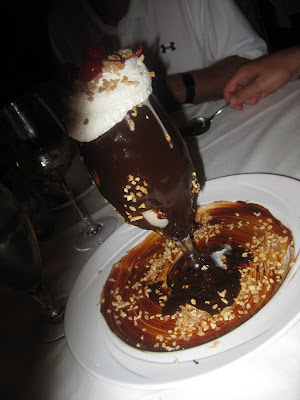 We picked up the kids (who also had a blast) and went to bed.

I got to stay in bed until 8:30 AM this morning! The kids slept in so I got to too! Yes! The perfect way to start my Saturday! After having some coffee, I made breakfast. Wheat English muffin with almond butter and a side of cantaloupe: 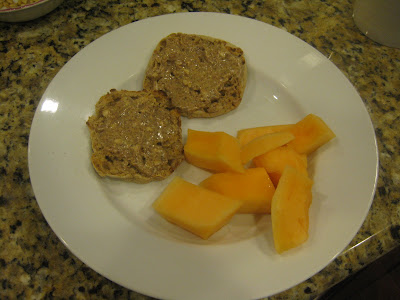 Then it was off to spin class. After a great workout, I came home, showered and did some more laundry. My sister in law and her kids came over so everyone enjoyed some pool time. For lunch, the hubby picked up Wahoo's. I had the Classic Shrimp Burrito with a side of pico de gallo: 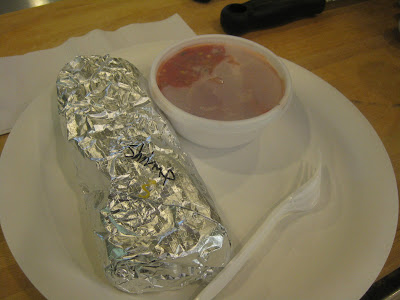 Every bite got a few drops of Cholula. It's a must!!

Hubby decided to take the kids to his mom's for the night. They are going to go to Disneyland tomorrow. I stayed home to get ready for our barbeque tomorrow. Poor me right? I RARELY get to be in my house alone so this is a major treat! I made some Pico de Gallo using my favorite recipe. I made some lemonade and some S'Mores Bars. I also cleaned out my kid's closets. I've been meaning do that for awhile and with school starting, I like to get things organized!

I decided to cook myself a meal tonight even though I'm alone. I had some wine while cooking: 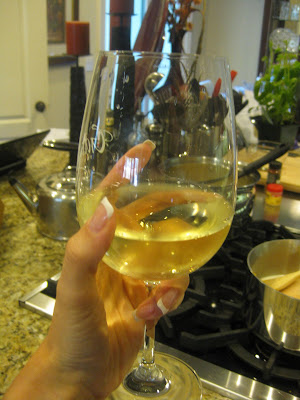 I made Elie Krieger's Four Cheese Mac & Cheese from her cookbook: 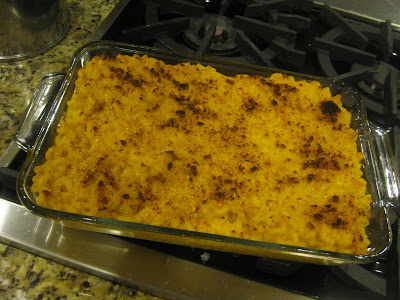 I check the Food Network site for the recipe but all I found was this video for it. The recipe calls for frozen pureed squash. I wasn't sure if I'd like it or not but it was really good! 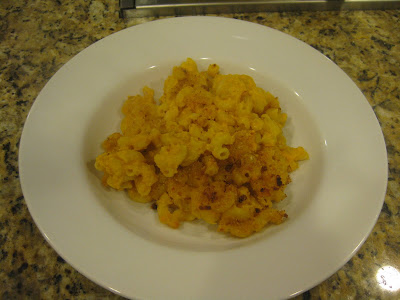 I did put Cholula on it though because I love my mac and cheese spicy! Hubby is not a big fan of mac and cheese (unless it's made by Kraft) so that's why I chose this tonight. I'll freeze the rest for future non-husband evenings.

I had to try the S'Mores Bars I made earlier: 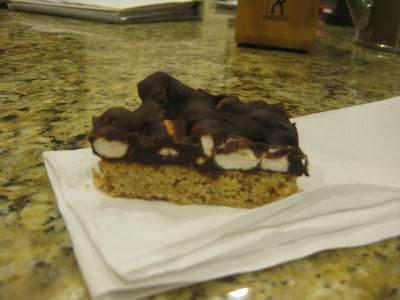 They were very good! The recipe came from my favorite instructor, Phillis Carey, at Great News Cooking School.

S'Mores Bars with Graham Cracker Brownie Base and Chocolate Marshmallow Topping
Makes 16
Crust:
5 whole graham crackers
3/4 cup flour
1/2 cup golden brown sugar
1/2 cup chilled, unsalted butter cut into 1/2 inch pieces
1 egg, lightly beaten
Topping:
6 Tbsp heavy whipping cream
9 oz milk chocolate, chopped
1 cup miniature marshmallows
1. Preheat oven to 350 degrees. Line an 8 inch square baking pan with aluminum foil that extends over 2 inches over each side of the pan.
2. For crust, crumble the graham crackers into a food processor. Process to fine crumbs. Add flour and brown sugar and pulse to mix. Add the butter and pulse until mixture resembles fine meal. Add egg and process only until mixture is evenly moist. Transfer mixture to prepared pan and press into bottom to form a crust. Bake until just firm to the touch, about 20 minutes. Cool completely on a rack.
3. For topping, place the cream in a heavy saucepan and bring to a simmer. Remove from the heat and add the chocolate. Stir until melted and smooth. Fold in marshmallows and spread mixture evenly over the cooled crust. Cover and refrigerate until firm, at least 2 hours.
4. Using foil, lift bars from pan. Peel back foil and cut bars into squares. Remove from foil and store airtight in the refrigerator for up to 5 days.
Enjoy!
What are your Sunday plans? More cooking of course! :)
Email Post
Labels: almond butter Cholula Great News Phillis Carey Wahoos