Because I know you didn't get enough Bunco pictures yesterday, check out some of the ones Lisa took:

Look...at least Lisa got a picture of the tzatziki! 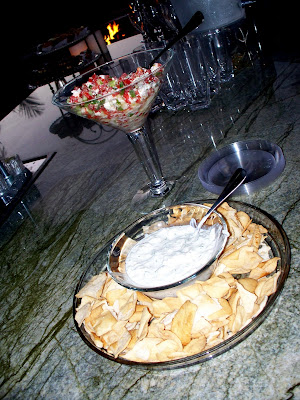 Lisa, Me and Cathi: 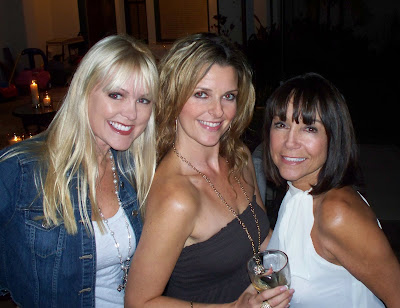 Proud of the Greek Salad: 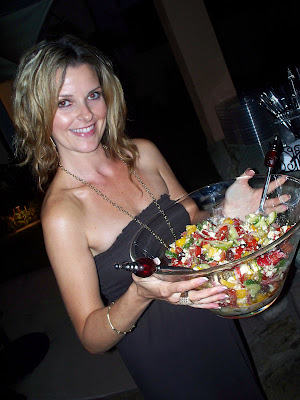 It was getting dark so my sous chef, Nora had to hold up a flash light so we could see the food: 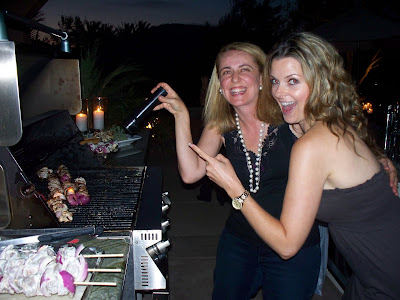 I ended up bringing out table lamps and putting them next to the barbeque. The lamps worked great and looked awesome! I need to get some lamps out there for sure!

Normally I don't get super excited about leftovers. Last night was an exception: 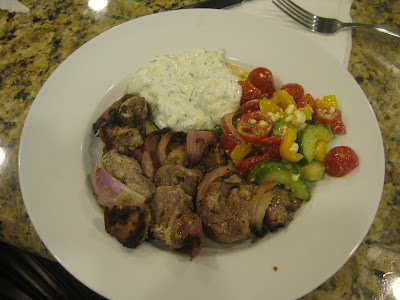 I had some of the lamb, greek salad and tzatziki. It tasted so amazing. Ahhhhh!!!

Breakfast this morning was an egg beater burrito with pico de gallo and spinach on a wheat tortilla. Of course each bite got some Cholula. :) I noticed that this breakfast stayed with me a lot longer than usual. Yeah! Go eggs! 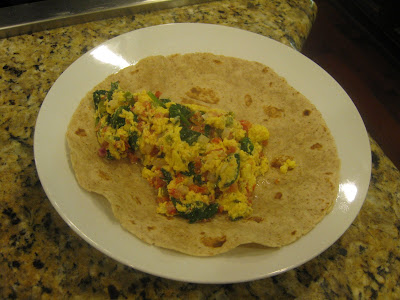 I took the kids to camp and then it was off to Great News for a cooking class. It was a good one today! The class was called: American Steakhouse Fare.

The first recipe was the best: Mac and Cheese with Bacon and Sweet Paprika: 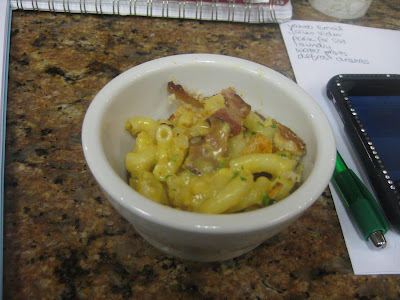 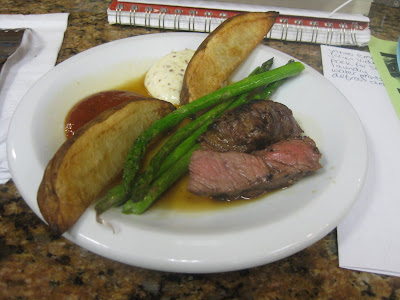 The steak sauce was delicious!!! I loved the Aioli for the fries. The bbq sauce was just ok for me. I couldn't pick out what was wrong with it but I wasn't a big fan. 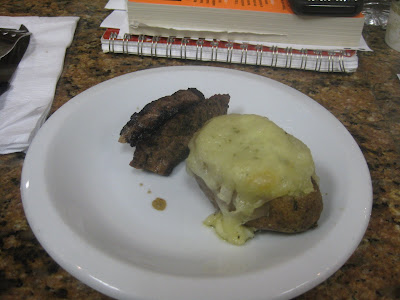 The steak had a great crust! The instructor, Phillis Carey, decided to grill them instead of pan-searing. They came out great!! Now...onto the potato....as a newish lover of blue cheese....I'm still trying to get used to the extra potent ones. The roquefort in this potato was a little too much for me. I'd rather use a milder blue cheese or boursin.

Dessert was off the hook! Butterscotch Pudding with Cream and Toffee Bits: 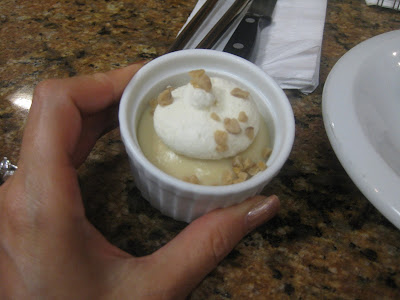 I'm not usually a big pudding fan but this knocked my socks off! Did you know that butterscotch is actually made with Scotch? Seems so obvious but I didn't know that. I love learning new things. :)

After class, I had some time to kill before picking up the kiddos so I went to Bloomingdales to look around. I may have found a couple of things. :) I picked up the kids, ran a few errands and came home. I decided to skip a workout today. I've been working out like a mad woman and need a little break...gotta listen to your body right?
Going to sign off now....there are Greek leftovers calling my name in the fridge.
What's your favorite store to buy clothes? I love Bloomingdales...they have amazing sales!!
Email Post
Labels: Bunco Cholula Egg Beaters Great News