When I last left you yesterday it was lunch time. I decided to have something easy: Amy's Pea Soup: 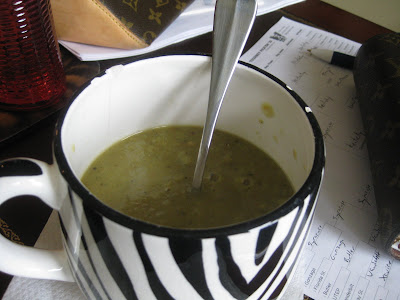 After lunch I went to pick up my son from school. I took him to McDonalds to play while waiting for my daughter to get out of school. Once I picked her up, we came home and I had a snack: 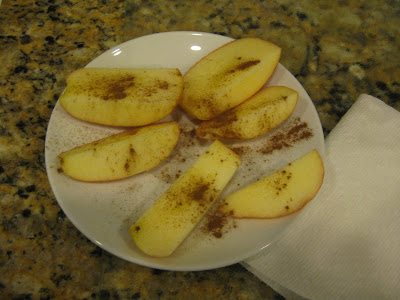 Gala apple with cinnamon. I went to Trader Joe's to load up on groceries for the week. When I came home I had some Progresso Light soup and a slice of light wheat toast: 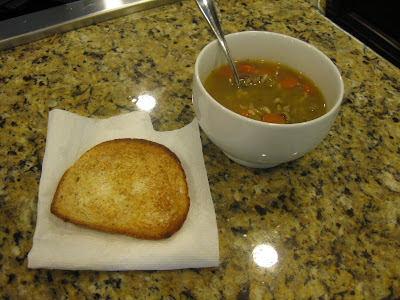 I chilled out for a bit until it was time to get ready for dinner with my sister in law. While getting ready I had one of these bad boys: 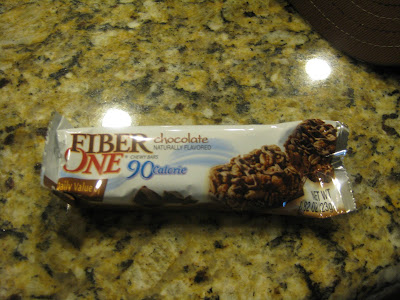 These new one point Fiber One bars are pretty yummy. I left to pick up my sister in law and we headed over to The Fish Market. I had never been so I was excited. I started with a glass of Cabernet: 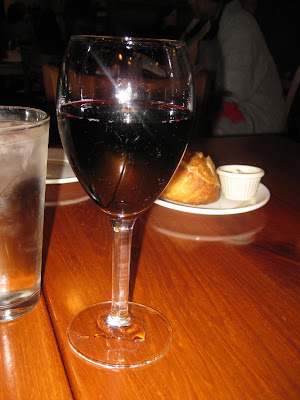 Then it was a mixed green salad with tomatoes and little shrimp. I used balsamic vinegar for my dressing: 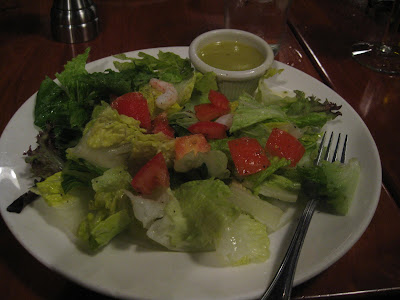 For my entree I ordered grilled ahi tuna with double veggies: 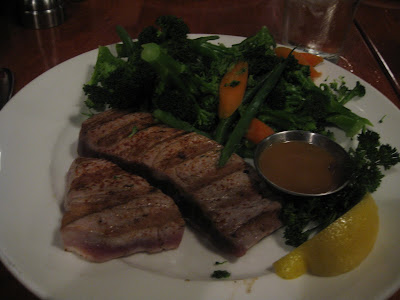 It was excellent!!! We had a great time and I ate so few points that I had some leftover for Special K granola with almond milk and dried cranberries when I got home: 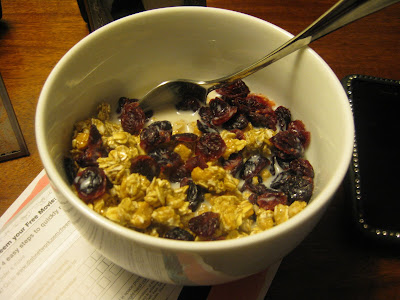 This morning I didn't eat breakfast because I had to have some blood work done from my recent doctor appointment. Afterwards I went to Starbucks for a skinny vanilla latte. I brought along an apple to eat with it: 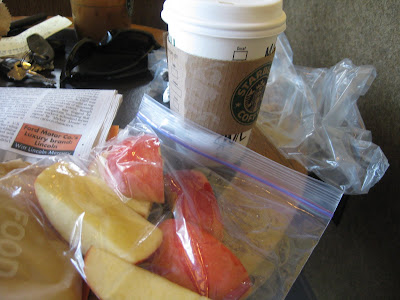 I did get my free pastry for Free Pastry Day but I brought it home to the kids. I sat and read for awhile until it was time to head over to the school to help out with my son's Passover Seder. On the way I had some cantaloupe: 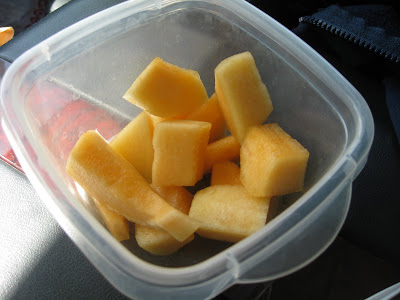 After the preschool program, I went to go pick up my daughter and had this Flat Out wrap with Better N Peanut Butter on the way: 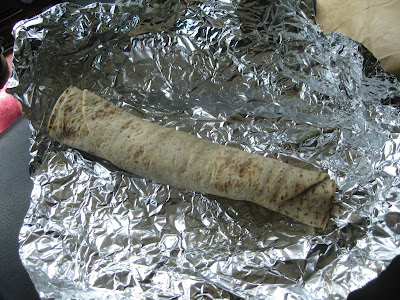 I took her to McDonalds (again!) to play until it was time to pick up my son. My kids have crazy school schedules. :) I had a small yogurt parfait: 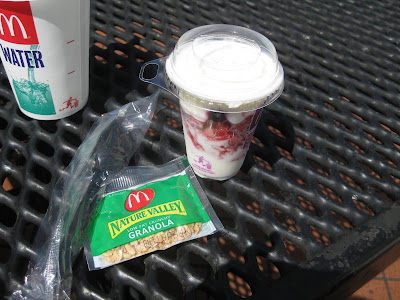 I picked up my son and we came home. I threw my workout clothes on and went over to Lisa's house for the Kenpo video for P90X. Good calorie burn today! Now I'm just chilling waiting to get dinner going. Have a great night!
Email Post
Labels: almond milk Amy's fiber one Flat Out Wraps granola McDonalds P90X peanut butter Progresso Soup Special K Starbucks The Fish Market