I grabbed some hot tea from Starbucks on the way to the train station. I also brought along some snacks: popcorn and carrots: 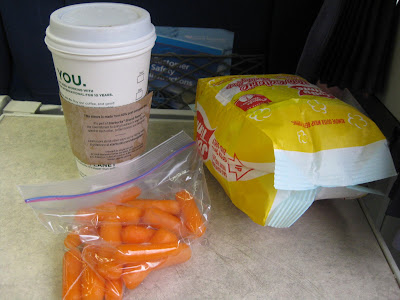 The normal two hour ride took three hours and 15 minutes. Why? An "unruly" passenger. She was definitely "on something" and was ranting and shouting all over the train. They kept stopping to try and meet with authorities to take her off but it took FOREVER. Luckily I brought along an extra snack: 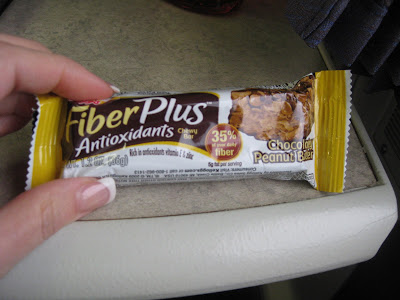 At this point it was getting PAST my dinner time. Finally I arrived and my hubby and kids picked me up and we headed over to the LA Kings hockey game. We had great seats but I didn't notice too much at first because I was starving. I saw that they had a CPK and it looked like the healthiest option. The only salad they had was the BBQ Chopped Salad so I got that. No picture....it was way too chaotic. I also had a small piece of the kid's cheese pizza as well as a few M&M's. After the game we drove the two hours back to San Diego. We put the kids to sleep....and I finally went to bed at midnight but couldn't fall asleep until well past 2am. Ugh. Fortunately my husband got up when my daughter woke up a little after 7 and I stayed in bed until my son woke up at almost 9AM. Thank goodness for that!!

Breakfast this morning was Coffee (duh!) and an egg beater omelet: 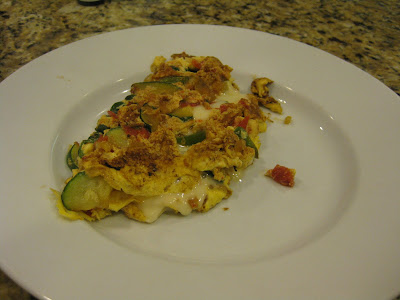 Inside was zucchini, spinach, bell peppers, tomatoes and onions. I did pour Cholula all over it after this picture was taken. :) I read some email, got some random things done around the house, got dressed and made lunch. I really felt like some spaghetti: 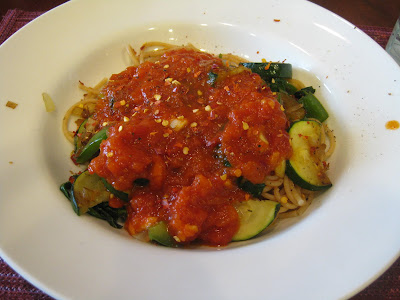 I went to Lisa's for the Stretch video for P90X. Not too much to report there....just a well needed stretch hour! I came home and had a sandwich thin with Barney Butter: 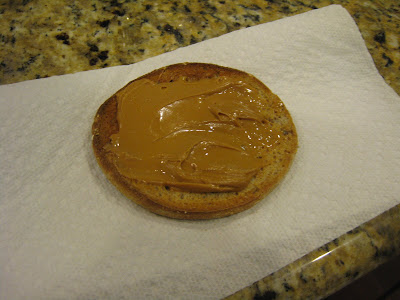 Then I chilled on the couch for awhile reading emails and catching up on blogs. When 5:00 rolled around, I felt something calling my name: 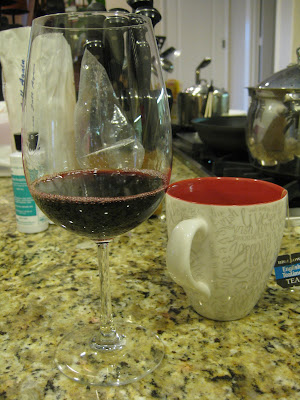 Wine. How I love thee. The coffee mug has English Breakfast tea in it. I was rocking that before I heard the wine call out.
Now it's time to get dinner going and call it a night! I hope everyone had a great weekend!
Email Post
Labels: Barney Butter Cholula Egg Beaters marinara P90X sandwich thin Starbucks