Hi!!! How was your Wednesday??

Last night hubby and I went to his sister's house to see her new baby! What a cutie!! She wanted to celebrate the new baby and Passover so she had me open a bottle of wine. How was I to say no??? :) 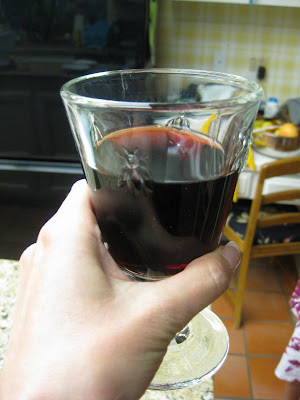 She also whipped up a fabulous dinner and asked us to stay. Indian food was on the menu. There was no way I was saying no! 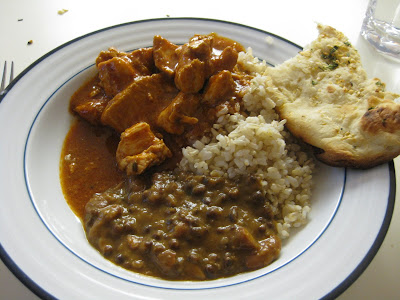 Breakfast this morning was a Kashi waffle with almond butter and cantaloupe. 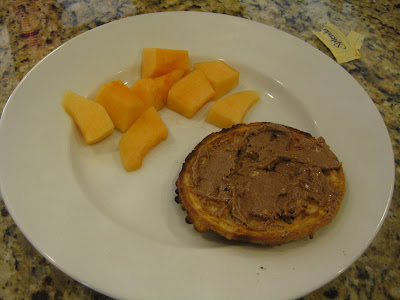 After breakfast was Zumba time. You know how I love Zumba!!! Afterwards, I cleaned up and made lunch: turkey and swiss on an Everything Bagel Thin with an apple. 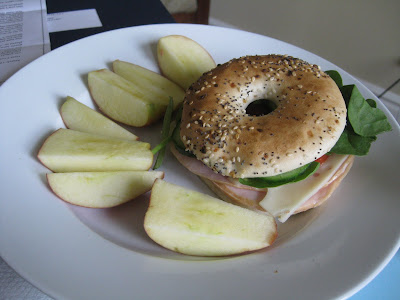 I put spinach, cucumber, tomato and mustard on my sandwich. I like the everything bagel SOOOO much better than the wheat one!

Then it was time to go to my wax/facial appointment. My estitician is so awesome....I love talking with her. She just started P90X so we got to talking about it and I explained to her that Lisa and I don't have a pull up bar so we use resistance bands over her garage door beams instead for the pull ups/chin ups. I told her that I've never been able to do a pull up in my life. She informed me that she has a pull up bar (she works at home) so after my appointment, I decided to use her pull up bar and give it a try. Guess what!?! I CAN DO A PULL UP!!!!! Not only that, I did a second pull up just to make sure I could do it again. I could. Then I tried a chin up. Harder but I did it!!! Then I did a third pull up just for kicks. I was so freaking proud of myself that I couldn't stand it!!!
After my appointment, I munched on a Fiber One bar: 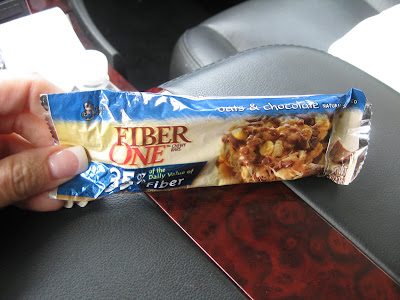 I ran to the grocery store to pick up some last minute items. Hubby was having a friend over so it was time to get cooking when I got home.
I opened a bottle of wine: 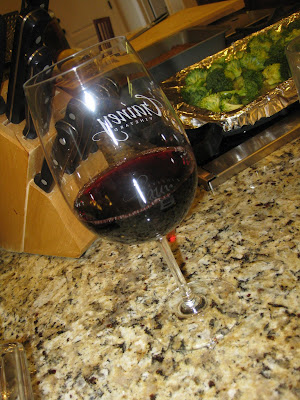 I made a batch of Jessica's Bailey's Brownies: 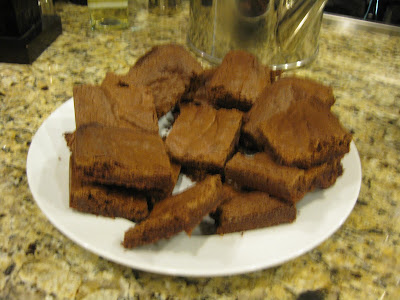 I overcooked them a little but they were pretty good!!! I mean....Bailey's in brownies?? How could that be bad? 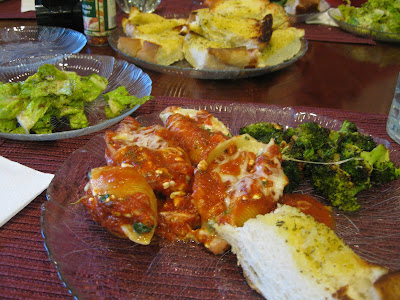 I made my favorite stuffed shells, garlic bread from the grocery store, Caesar salad and some amazing Parmesan Roasted Broccoli from the Barefoot Contessa. It was an awesome dish! You must try!! Really....what does Ina Garten do wrong!?!