Happy weekend everyone!! Last night hubby told me he wanted Asian style noodles. So I found this recipe for Vegetable Lo Mein on allrecipes.com that looked promising. I added chicken, left out the honey, and substituted snap peas for the bean sprouts: 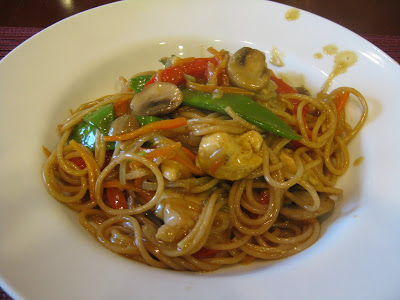 Verdict: pretty darn tasty!! Of course we brought out the Sriacha. :) For dessert I had some Honey Graham Bumper cereal and vanilla almond milk: 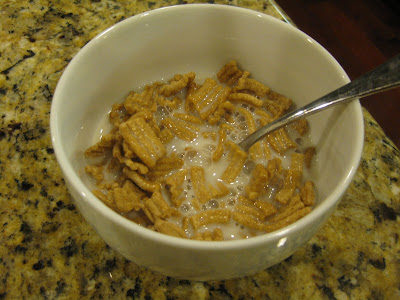 I was asleep by 9PM last night. Yeah. I'm cool.

Breakfast this morning was supposed to be an egg beater burrito but it turned out more like a egg quesadilla: 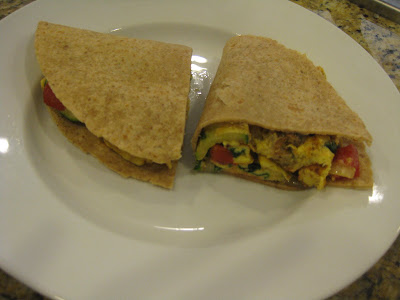 My filling was too big to fit like a burrito so I rolled with it. Inside I loaded it with veggies: spinach, onions, mushrooms, zucchini and tomatoes. Every bite received Cholula of course! I did some random stuff around the house and then all of a sudden it was lunch time. I decided last night's lo mein leftovers sounded fab! 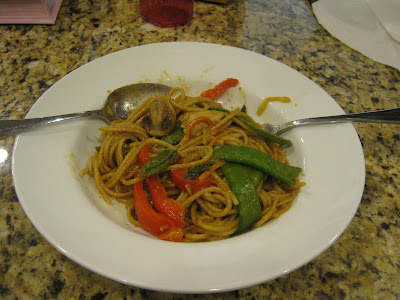 And it was!!! After resting a bit, it was P90X time. Shoulders & Arms as well as the Ab video were the videos for today. I dominated both. I cannot believe there are only 2 and a half weeks left!

Afterwards I was ready for a good snack. I decided on Kashi Honey Sunshine & Fiber One cereals with raspberries and blackberries with almond milk: 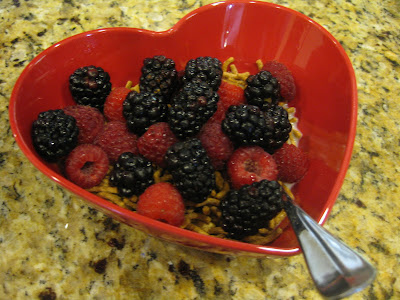 I spent some more time getting things organized and cleaned up and now I'm enjoying this: 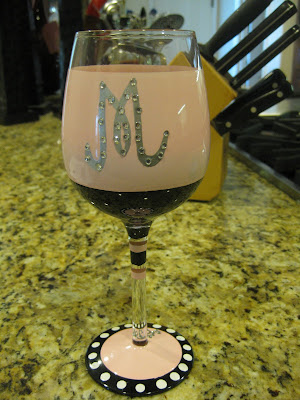 Hubby's gone for the weekend so I'm sure it will be some more leftovers tonight for dinner. See ya!
Email Post
Labels: almond milk Cholula Egg Beaters fiber one Kashi Honey Sunshine P90X Sriacha