Big Pie In The Sky

Greetings from Atlanta! We are here for my niece’s Bat Mitzvah. When I say “we” I’m referring to our family plus my husband’s five brothers and sisters, my mother in law and her 17 grandkids (two are mine). :)

When we arrived Thursday night, we met one of my husband’s brothers and his family at Cracker Barrel. I had only been there once a long time ago but I had heard the biscuits were good. 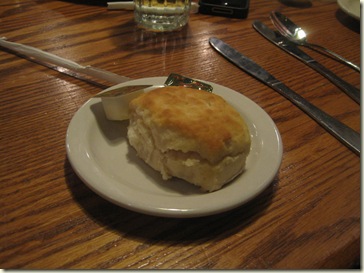 They were! But, that’s about all I can say. Everything on the menu was either fried or covered in gravy. Now, you know I like my fried food but I guess I wasn’t really feeling it that night. I ordered the Fried Shrimp Platter which came with Hushpuppies and three sides. I choose corn (guess I should at least eat some veggies), Cole slaw and hash brown casserole (for my husband). 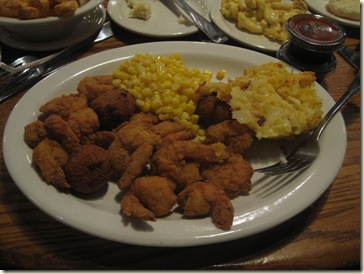 I ate the shrimp and some corn and Cole slaw and called it a night. We checked into our hotel and realized that my husband had taken the wrong suitcase. It looked EXACTLY like ours! I guess you really do need to check the tags! So off to the airport we went to switch the bags. After a successful switch, it was back to the hotel to go to sleep.

Since we are not used to east coast time, we work up at like 11:00AM. Breakfast had passed so we decided to all meet for lunch at Taco Mac. They had hot wings on the menu. I ordered them (DUH!) and split them with my husband. 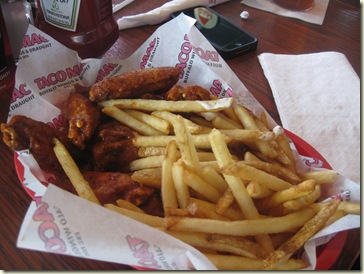 They had like 6 levels of heat and we choose #4. It was spicy and delicious but definitely not too hot (like the crazy Volcano Wings I had in Mammoth). If we go back, I think I’ll go for it and try #6!

I ordered fish tacos with Cole slaw for my entree. 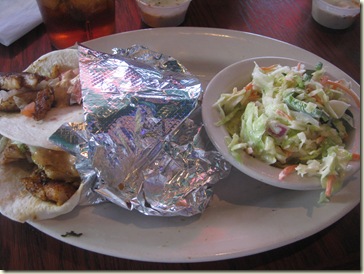 They were just ok. They didn’t have hot sauce (except for Tabasco which doesn’t count in my book) so I didn’t enjoy them as much as I’d like. I need to start carrying mini bottles of Cholula around with me.

We all went bowling after and I bowled my best game ever: 135! Go me! After bowling it was time to get ready for services for my niece. We went to the temple, attended services and ate dinner at the temple. I wasn’t allowed to take photos there so no food pics. I had a bit of hummus, pita, tomato cucumber salad and matzo ball soup.

After awhile we came back to our hotel. On the Atlanta episode of Man V. Food, there is a pizza place called Big Pie in the Sky. We decided to order one and eat it at the hotel. 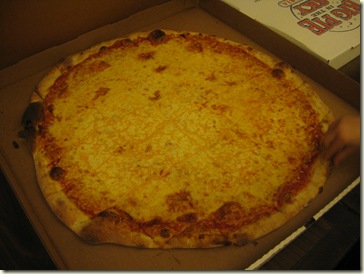 Here is my hand above the pizza so you can see the size: 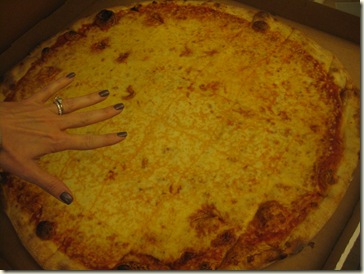 We had it cut into squares because there were a ton of us so the slices were smaller than the usual. I ate two of them. 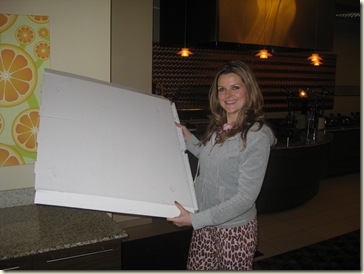 My mother in law brought mini red velvet cupcakes too. I ate one of those too. I had to restrain myself from eating another. Good thing there’s no scale in my hotel room.