Yesterday’s cooking class at Great News was fabulous as usual. The class title was Fast and Fabulous Chicken Breasts. The instructor, Phillis Carey, is the queen of making chicken breasts juicy and flavorful…not dry and overcooked. The secret to a perfectly juicy chicken breast that takes less time to cook is to pound them….every time. It really does wonders for chicken breasts!!

The first recipe was my favorite one: Easy Baked Chicken Cordon Bleu with Crispy Crumb Topping: 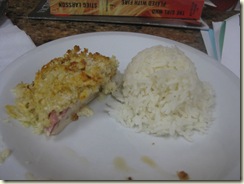 I thought this one was so delicious. On top of the chicken breast was smoked ham and a mixture of mayo and Dijon mustard. Then  on top you put fresh breadcrumbs and grated Swiss cheese and bake. Easy! 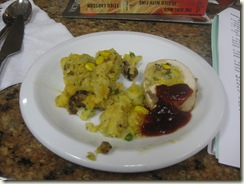 This one was my least favorite. If you’d been reading my blog for awhile, you know I don’t like fruit flavors with my food. So I wasn’t really feeling this one. The cornbread was pretty good though!

The third recipe was Pan-Roasted Chicken Breasts with Spinach and Bacon Sauce: 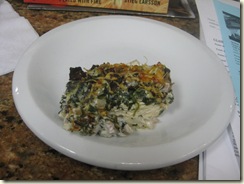 This was delicious. It’s basically a spinach and bacon dip on top of a chicken breast and then baked. What’s not to like? :)

Next up was Panko Crusted Chicken Breasts with Mustard Maple Sauce: 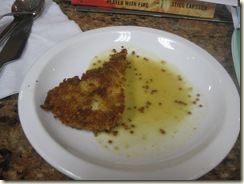 The chicken was so crispy and the sauce was excellent. Another winner!

Last up was Quick Coq au Vin with Bacon, Mushrooms and Baby Onions: 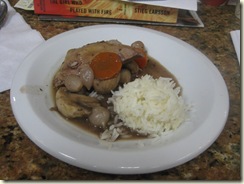 This was pretty good and much faster cooking than your traditional Coq au Vin.

After class, I picked up my daughter and took her to McDonald’s for an ice cream cone and to play until it was time to pick up my son.

Once we all got home, I quickly got dressed for our friend’s charity dinner. Two of her family members died from prostrate cancer and they have an annual event to raise awareness and money. The first hour was cocktails and appetizers. I had my standard wine and a few tastes of the passed appetizers. 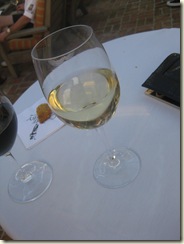 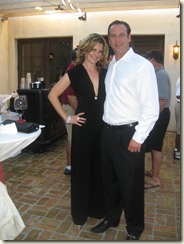 Dinner started with a delicious salad: 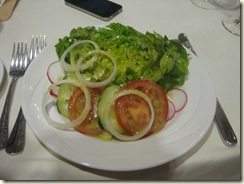 It was so fresh and the lemony, mustard vinaigrette was amazing.  Dinner was paella and huge paella dishes full of yumminess were presented at each table. My plate: 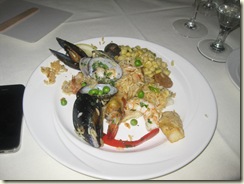 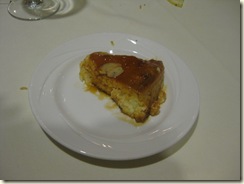 After dinner there was a salsa band. It was quite the event!! I do have to say that I’ve had it with all this rich food. We don’t have anything else going on for the next few days so I think I’m going to enjoy some healthy eats!

Breakfast this morning was Barney Butter (I’m almost out!) on a wheat English muffin with strawberries: 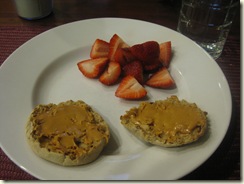 After taking the kids to school, I went to Zumba.

Lunchtime rolled around and I decided on a turkey and Swiss on a sandwich thin with some hummus and veggies on the side: 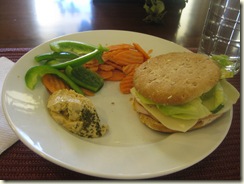 After lunch, I ran to Trader Joe’s, then picked up my daughter from school. My son is having a play date at a friend’s house so I’ll pick him up later.

While blogging I’ve been enjoying this delicious snack: 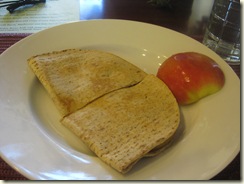 An apple and peanut butter “quesadilla”. I ate the rest of the apple on the side.

No other plans today except to pick up my son and make dinner. Nice!