Wow!! What a fun weekend!!! I hope everyone had a nice Halloween!!

Friday night we went to our club with some friends. I had a glass of Merlot while we waiting for our table: 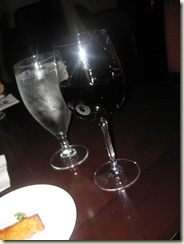 Once we were seated I had another glass of wine. Hubby and I split the wedge salad: 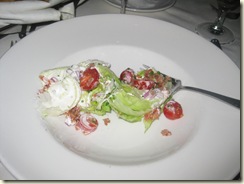 Actually, I ate it all. It came with bacon on it and hubby doesn’t eat bacon so he just gave it all to me. Score! For my entree I ordered the sea bass with manila clams: 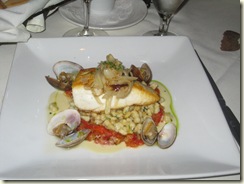 And for dessert….the messy sundae! 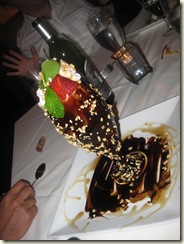 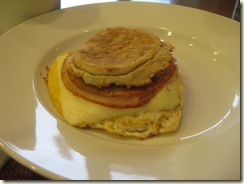 Sometimes egg beaters just don’t cut it when you want the taste of a “fried egg” sandwich. I cooked some turkey slices next to the egg and put them on a wheat English muffin with Swiss cheese. I got everyone packed up and we hit the road for Los Angeles.

We picked up some Taco Bell (bean burritos!) and took it to my parents house. After lunch my dad came with us to drop off the kids at my sister in law’s house to play with their cousins. We grabbed my brother in law and his friend and we were on our way to USC for the big game!

We did some tailgating: 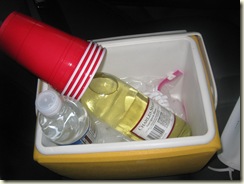 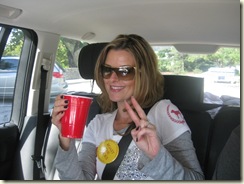 After our “tailgate” we visiting my friend’s tailgate where I snagged a hot dog: 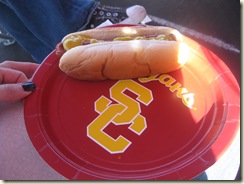 Love the plates! We walked around for bit….it was ESPN College Game Day AND Homecoming so there were tons of people everywhere! 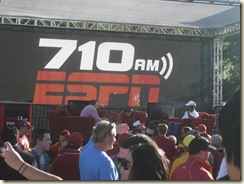 After a bit we made our way in the stadium. Let the game begin! 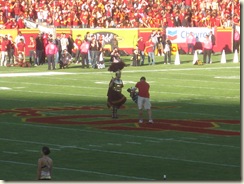 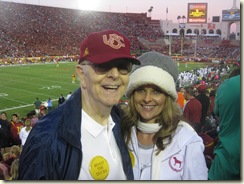 Unfortunately, USC lost but they were in the game until the end. Go Trojans!

We had to drive all over Los Angeles to drop everyone off. We had plans to have dinner with my brother and his wife and but the time we did, it was really late and I was starving. We ended up at Pink Taco in the Century City mall. 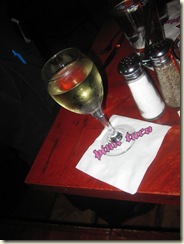 I ate a ton of chips, salsa and guacamole before my food arrived. Taco Trio: Fish taco, carne asada taco and a short rib taco: 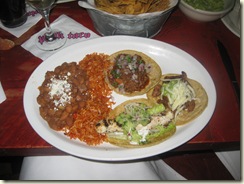 They were pretty good but I would have eaten my shoe at that point. We went to our hotel and crashed.

Sunday morning, my sister in law dropped our kids off at my parents house. We checked out of the hotel and grabbed some coffee before we picked up the kids. 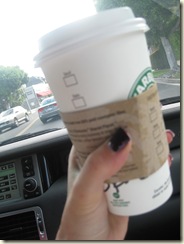 I made myself an egg, cheddar cheese and ham sandwich at my parent’s house: 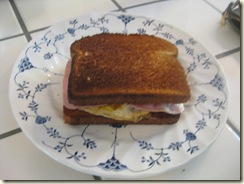 We hopped in the car and drove the two hours home. It was a nice peaceful ride…I was driving and everyone else feel asleep. :)

Once we got home it was time to get ready for the Halloween party at our club. It’s called “Trunk or Treat”. Our neighborhood is full of hills, so they have everyone drive to the main club and decorate their trunks. The kids  go car to car Trick Or Treating. They have a DJ, a buffet, jumpies for the kids and costume prizes.

You’ve seen our costumes before. :) 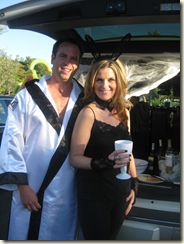 Sorry the next picture is so small but I can’t get it to look right bigger. It’s Lisa and I:

She is Katy Perry from the Sesame Street Elmo song. :)

For dinner I had a hot dog and salad: 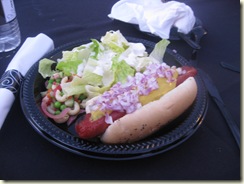 Yum!!!! We had so much fun at the party!! The kids have enough candy to last them a year!!!

Breakfast this morning was a low fat waffle with Barney Butter and a side of strawberries and cantaloupe. The cantaloupe still isn’t ripe. 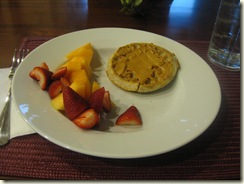 I took the kids to school and went to an awesome Cardio Muscle class. I will be sore tomorrow!!!

I have dinner with some friends tonight and a charity event tomorrow night so hopefully I’ll be able to blog sometime in between. :)

Did you eat any Halloween candy? So far so good….I’ve only had one mini Nestle Crunch Bar.