142.6 yesterday…Adventures With Celebrities in Las Vegas

Friday night was a wild night at my house. I made some linguine with Giada De Laurentis’ marinara. 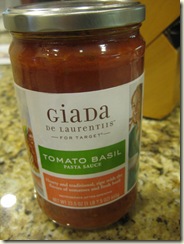 I actually measured out my pasta before I cooked it just to see what 2oz of pasta looks like. Once I got 2oz on the scale, I couldn’t believe what a small amount it  was! So I decided to cook 4 oz of pasta. I ate about 3/4 of it: 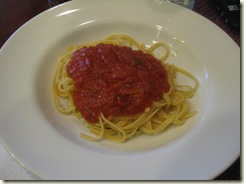 Still a small amount! What out for those pasta portions! You are eating more then you think. :(

My daughter and I picked up my son from his playdate and then came home and went to bed. Wild huh?

Saturday morning’s breakfast was an egg beaters sandwich on a toasted English muffin with a slice of low fat cheese and some strawberries. 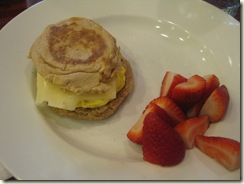 Then we hit the road for Las Vegas. We stopped half way for lunch at Chipotle. I had never been before! I had a bowl with chicken, rice, black beans, salsa, hot sauce, guacamole and lettuce. 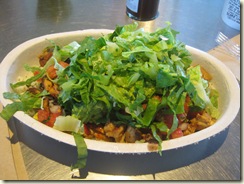 Their guacamole was awesome! I ate every wonderful bite of my lunch. Chipotle has a new fan!

We arrived in Vegas and checked into our hotel and met some friends at the pool. Then it was time to get ready for the Mayweather/Ortiz fight.

We went with our friends to an HBO part at Wolfgang Puck’s restaurant at the MGM. They had some seriously amazing passed appetizers that I dominated. I also dominated the wine and the buffet. 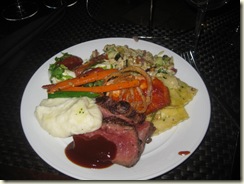 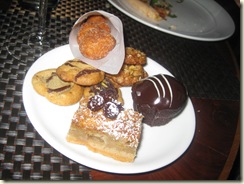 I had some celebrity encounters while I was there. 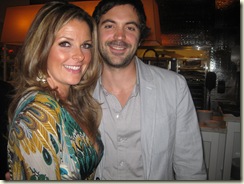 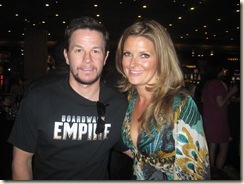 Then it was off to the fight! 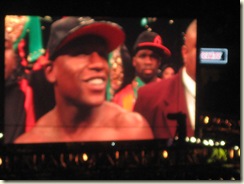 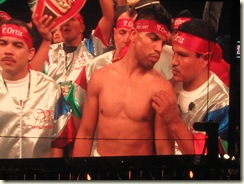 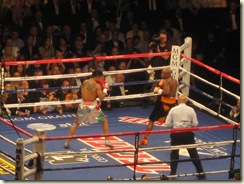 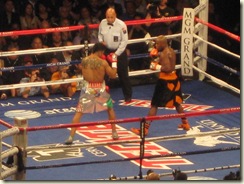 The fight was definitely exciting, ending with a bit of controversy in the 4th round with a Mayweather knockout for the win.

My husband is friends with the HBO commentator, Larry Merchant’s grandson so we were lucky to get to go to dinner with him at Craft Steak in the MGM.

I wasn’t super hungry so the hubby and I split an Italian Buffalo Mozzarella salad: 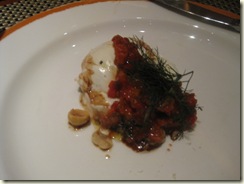 I also ordered the lobster bisque: 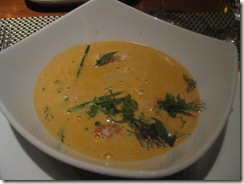 It was unreal. They served me a bowl just with these huge chunks of lobster in it and then poured the bisque over it. Be still my heart.

Here’s the husband and I with Larry Merchant: 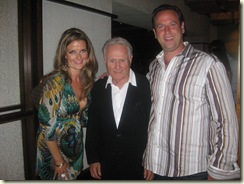 Wow! What a night! Can’t wait to see what the rest of the weekend holds. :)

Have you ever been to Chipotle?

Did you watch or hear about the fight? Thoughts?