Until next time Las Vegas!

Yesterday I slept in a bit and finally got up and got ready to go to the pool. We had a cabana and it was really nice! I started the day classy style….with champagne! 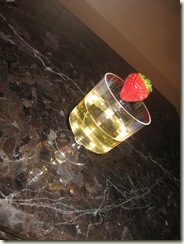 And with some chips, salsa and guac! It was about 11am at that point so I skipped breakfast altogether. 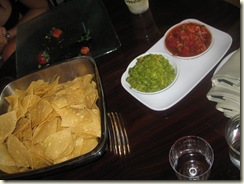 I never really left the cabana. We watched football all day except that the cabana TV’s did not get the USC game. Ugh!!

For the second part of my lunch, I split the turkey panini with Alexis: 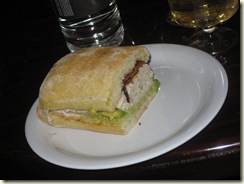 I enjoyed it so much the day before that I had to go back for a repeat!

The Encore pool area had outside gambling so we played a little blackjack before it was time to get dressed. 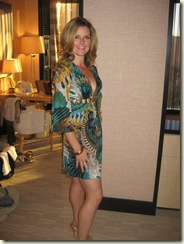 All ready to go! My husband and our friend Jason had the opportunity to play in a poker tournament at the Wynn pool. They had quite the spread! Along with an open bar, they had tons of delicious food. The name of the event was Pokerfest….a take off from Oktoberfest. 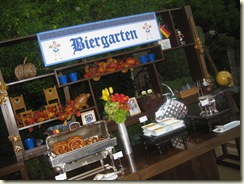 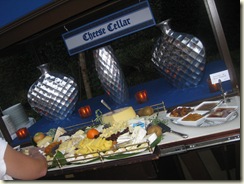 They also had these fabulous little sliders and kielbasa! 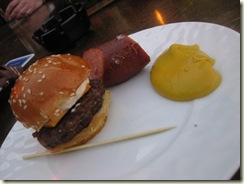 I went back for seconds! Originally we had plans to go out to dinner with Jason and Alexis and another couple of friends who live in Vegas. We didn’t realize how well the hubby would do in the tournament! Out of 150 people, he was 14! Nice going. No he didn’t win anything…..he had to be 9 or under to win. Next time! :)

Instead of dinner we went dancing at the XS nightclub at the Encore. What a blast!

My friend Renee and I: 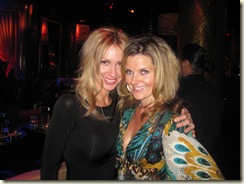 Me, Jessy (Renee’s husband), the hubby and Renee: 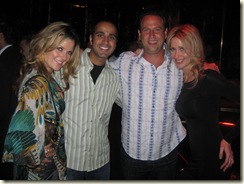 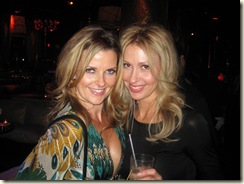 After a ton of dancing and couple of tequila shots later, we were HUNGRY! We went to the Society Cafe at the Encore for some late night grub. After I ate, I realized I did not photograph my food! Oops….I’ll blame it on the tequila. :) We all basically split a bunch of good greasy stuff: veggie pizza, hot wings, mini hot dogs….I think that was it. :)

This morning my husband brought me breakfast in bed: 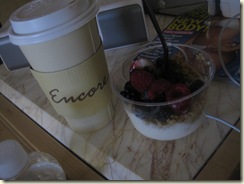 Latte and a yogurt parfait! Score! We laid around for a bit and then got dressed and all packed up for the airport.

We stopped at some restaurant in the airport for lunch. I ordered this Baja type salad: 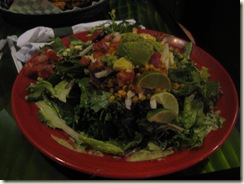 And it tasted disgusting. I had to send it back. The dressing was really odd. Since we were running out of time, I ordered the chips and guac instead: 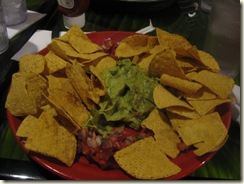 We made it home safely. It was still super hot out so the hubby took the kids in the pool. What a beautiful evening! Hubby had to work tonight so I did the easiest thing I could for dinner. I saw some leftover spaghetti in the fridge so that is what I had: 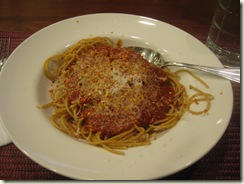 With some marinara sauce and grated romano cheese, it hit the spot! The kids are in bed, I’m going to finish unpacking and go to bed myself! Glad to be home!

What was your favorite thing you ate all weekend?