San Francisco Part 1 and Blogging from a Plane AGAIN!

Happy Mother's Day to all the moms out there!! I'm coming to you live at 35,000 flight on my flight back from San Francisco. I had such a good time with my sister in law and her friends!!

Friday night after my plane arrived, I went to Chili's in the airport to wait for my sister in law's flight. Turns out her flight was a little delayed so I decided to have something to eat while I waited. There were not a lot of healthy options on the menu, so I just ordered a cheese quesadilla: 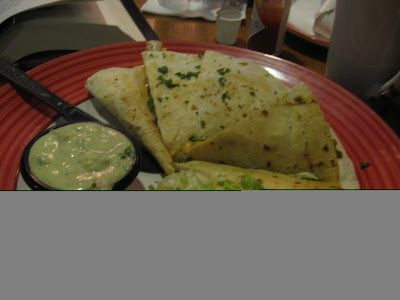 My camera ate half that picture and the pictures I took at our dinner later. :( Once everyone arrived, we took a cab to our hotel and changed and walked to dinner. We ate at Scala, an Italian restaurant around the corner from our hotel. We started with some wine: 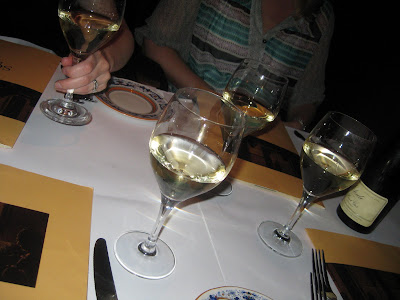 We all split a pizza appetizers and I ordered the pasta with bolognese sauce. It wasn't as good as my beloved spaghetti bolognese from Circo in Las Vegas but I enjoyed it none the less. :) After our big bowls of pasta, we were beat so we went back to the hotel to go to sleep. Yup, we are grandmas. :)

On Saturday morning we hit up the lounge for some breakfast: 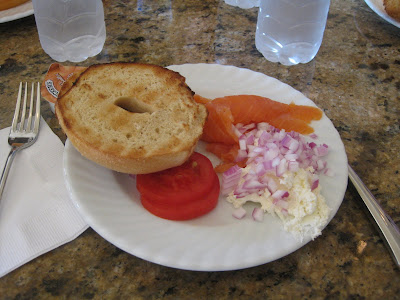 They had a nice continental buffet. I had a bagel with lox, cream cheese, tomatoes and onions. I ended up eating the other half of the bagel with some peanut butter. I also had a small bowl of granola, dried fruit and milk: 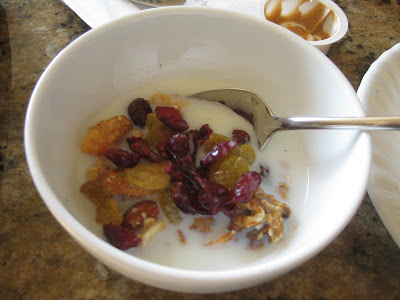 Then it was shopping time! I was pretty successful....I found gifts for my mom, my mother in law and my kids as well as some goodies for me. We took at breather at the Nordstrom restaurant and had a drink at their bar: 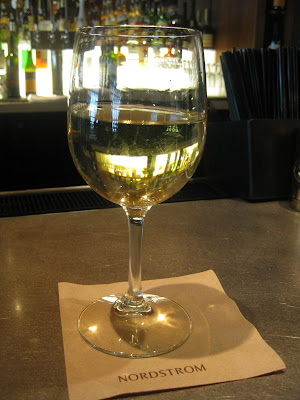 Yes, they had a bar at this Nordstrom. How fabulous is that!?! We decided to split an appetizer since we were waiting on a friend (who was an hour away) for lunch. The group....my sister in law is at the far right: 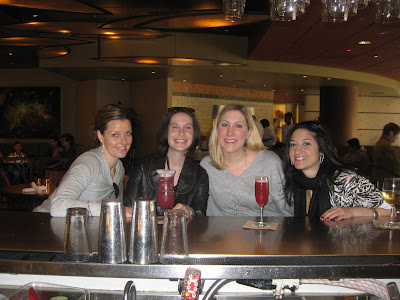 We decided to split the antipasto platter: 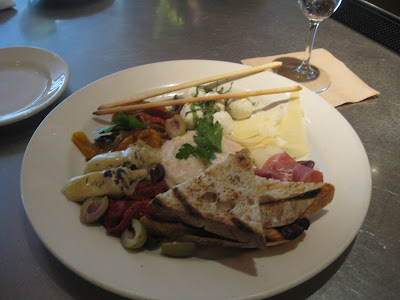 It was so good and the perfect little snack to keep us going. We shopping some more and then headed over to the Cheesecake Factory for lunch. We were hoping to sit outside on their patio, but it didn't work out that way. It's ok though...we had a great table and had tons of fun laughing and eating! We ordered some more wine: 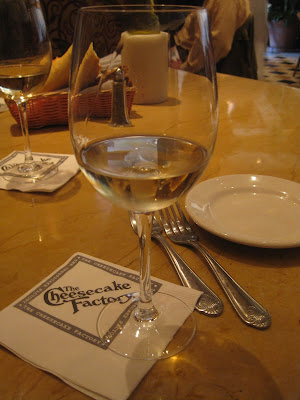 Everyone decided to order an appetizer for the table to share. I had good intentions to take a pictures of all the appetizers when they arrived but I forgot. :( 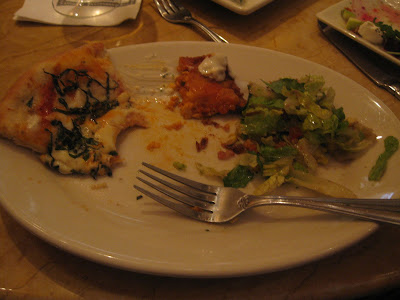 I remembered halfway through my plate of goodness. We had the Chopped Salad, Four Seasons Pizza, Beet & Goat Cheese Salad, Buffalo Blasts, Spicy Ahi Tempura Roll (my pick) and Fried Mac & Cheese balls (these were ridiculously amazing). Hope I'm not missing any. :) After that decadent meal, we decided to hit up a wine bar for a wine tasting.

This is where I will have to leave you my friends. My flight will be descending soon. I'm so excited to see my family and spend Mother's Day with them. My mother in law is coming over and possibly my other sister in law (Hubby's sister) and we are all going out to dinner tonight.

I will also be excited to get back into the gym tomorrow morning. I ate way too much and drank way too much but I had a blast doing it and that's all that counts. My hubby rocks for letting me go on the trip....I'm a lucky girl!

What is everyone doing for Mother's Day?
Email Post
Labels: peanut butter The Cheesecake Factory