Last night we took the family to Elephant Bar. I had a glass of vino: 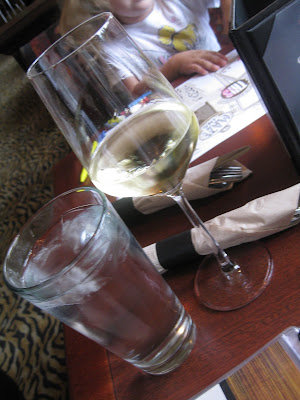 I decided to split a couple of things with the hubby....Shanghai Cashew Chicken: 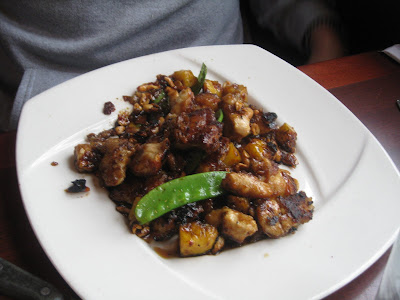 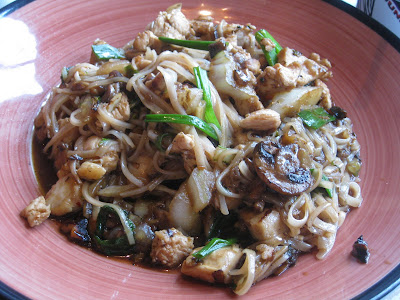 Here's my plate....I had mine with brown rice: 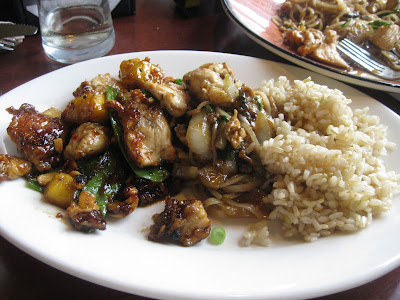 Wow...that was some serious salty food. I don't know what we were thinking ordering Chinese style food at the Elephant Bar but it didn't work out so well. Oh well....you live and you learn.

Their special $2.95 brownie sundae was good though. :) 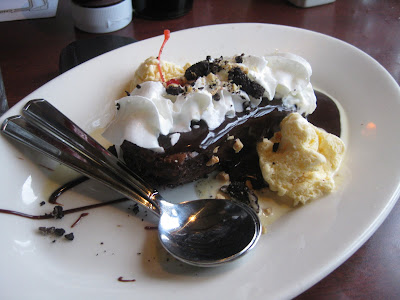 I slept like a rock last night. And woke up feeling not so hot. :( I thought I was just still tired and tried to power through.

Breakfast was an egg beater sandwich on a light wheat English muffin with light swiss and a side of cantaloupe. I tried the Dijon mustard and spinach with the egg beaters and liked it as well as with the egg whites. Yum!! 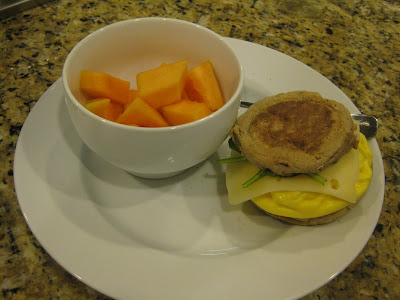 After taking the kids to school, I did my normal Cardio Muscle & Zumba classes. It was rough to get through both but I managed it. On the way to lunch, I saw this on my odometer: 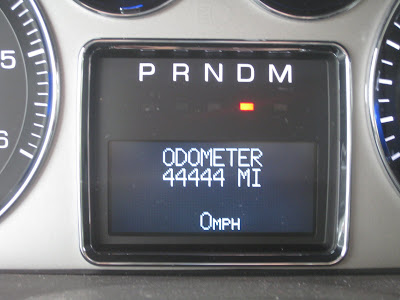 Who else gets excited about stuff like this? :) Or am I just a nerd? :)

I went to Subway quickly for lunch: 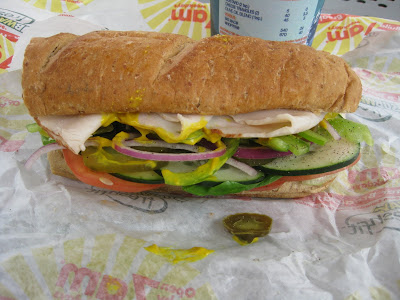 I picked up the kids from school and came home and laid down for a few hours. I'm either coming down with something or just really exhausted. I'm cold and achy. Yuck.

Hubby suggested we go out to a quick dinner. That sounded much easier than cooking. We went to the OG (aka Olive Garden). I guess we've been kicking it old school style lately!

I really felt like some red wine. It sounded so warm and comforting: 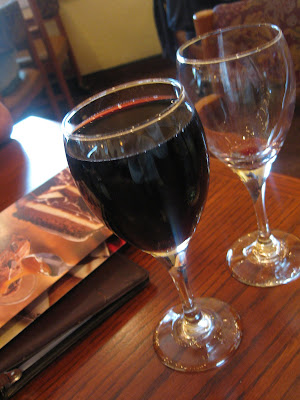 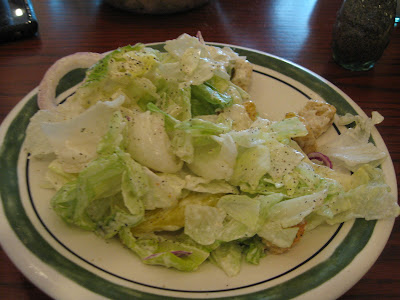 I had the Linguine all Marinara with the whole wheat pasta: 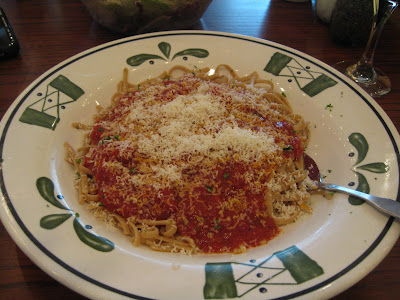 That's it folks. It's Nyquil time.