Happy Cinco de Mayo! I hope everyone got a chance to celebrate! More on that later....

Let's rewind to yesterday afternoon. Before I went out to dinner with my sister and law and a couple of her friends, I made a quick snack: 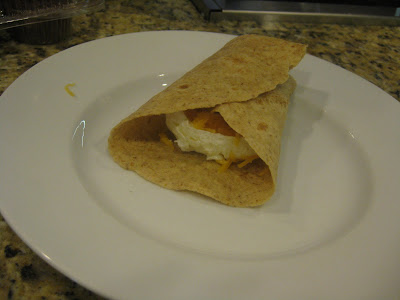 We picked up my sister in law's friends and headed to one of their favorite spots: Urban Solace in North Park. I had never been before. The outside looks like a New Orleans style restaurant. We sat on their outdoor patio and they had a couple of guitar players playing some jazzy tunes. 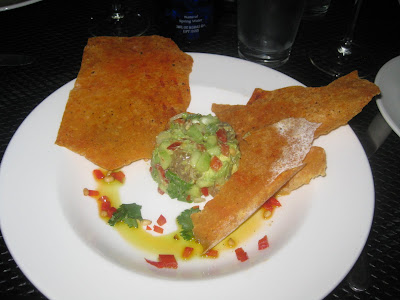 The crisps that came with it were a little stale tasting so I just add the "chop chop". Very fresh tasting...lots of avocado. The table also shared an order of their Warm Cheese Biscuits with Orange Honey Butter: 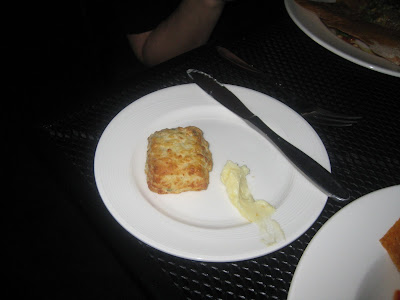 YUM!!!
The four of us split TWO bottles of this fabulous wine: 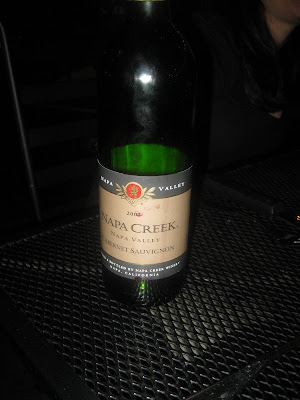 It was so good I had to snap a pic so I'd remember what it was! :)
I was trying to decided between two entrees and so was someone else so we decided to order one of each and split them.
First: Bacon Wrapped Sustainable Idaho Trout, Spinach N' Mushroom Stuffed, Lemon Butter, Roast Potato: 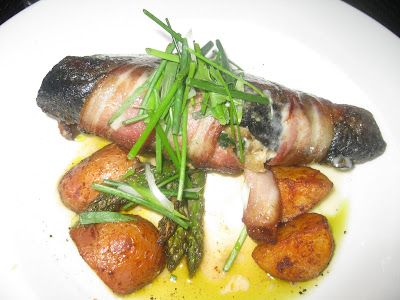 The fish was good but I wasn't digging the skin on it and it was hard to maneuver around the bacon. 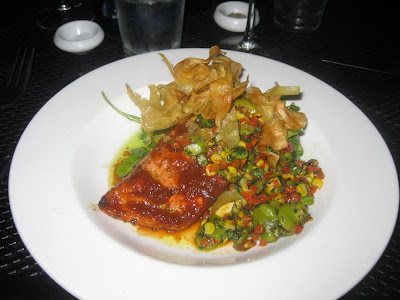 The salmon was served medium rare so I went with it. Now don't get me wrong, I love me some raw fish but I thought it was odd to serve the salmon that rare. The succotash was excellent though! My sister in law ordered their chicken and I tried it and thought it was the best dish. That is odd for me because I rarely order chicken in restaurants (too boring) but I loved this one!! I would go back for the biscuits and the chicken. They definitely had some unique things on the menu and you could tell that the food was really fresh.

I slept like a ROCK last night. I was a little worried because if I have even a little too much wine, I can't sleep. But all was well in the world last night!

This morning, I finally got around to trying the container of Yoplait Red Velvet Cake yogurt that I've had in my fridge. I put some Fiber One cereal and berries on it and added one of the Trader Joe's Fiber Cakes on the side: 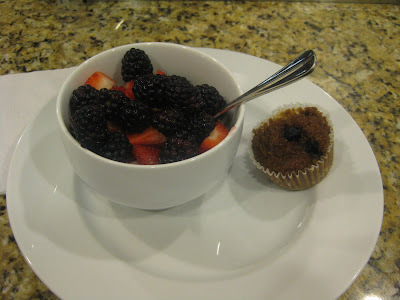 Eh. It's just too sweet for me now that I'm used to the plain/Greek yogurt. Not a re-purchase I'm afraid.

I took my son to school (keep my daughter home sick today) and then went to Zumba. Glorious as usual. I changed, and hit up the UPS store to send my laptop to the manufacturer for repair. Fingers crossed. I needed a fast lunch: 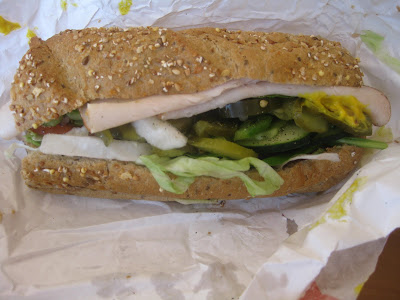 I know...Subway again.....how boring! But I do really like it. I tried their new Omega 9 Grain Bread. Pretty tasty....if you like that grain/oat/nutty texture in a bread (I do).

Then I hit up Target for some necessities and went to pick up my son from school. We had some time before a birthday party, so we went to McDonald's so he could play. I had one of these bad boys: 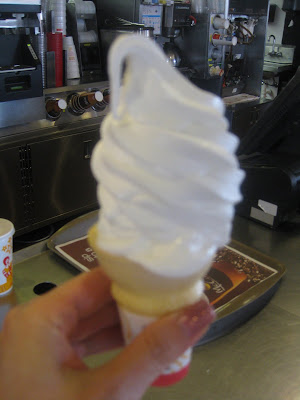 Then I took my son to his first "drop off" birthday party. He was pretty cool about mom leaving him there....I was proud....he's a big boy! :)

I learned something. It's not a good idea to have an open box of these in the car: 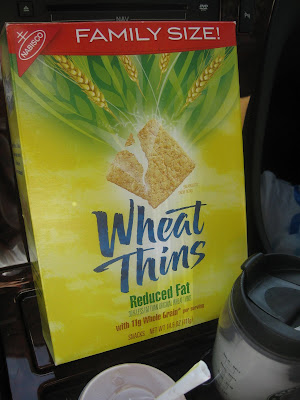 After picking up my sugar overloaded son from the party, I drove back home to pick up the hubby and daughter and we went to our club for a Cinco de Mayo dinner. They had a fabulous buffet of all sorts of Mexican delights. 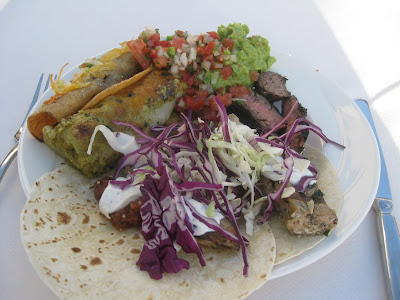 Dessert started with a slice of Tres Leche Cake: 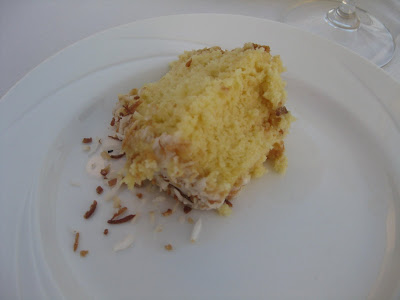 But the cake was lonely. It needed something else: 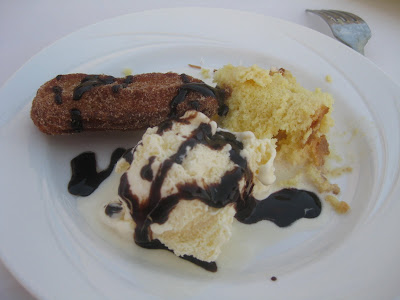 A churro, ice cream and chocolate sauce made it all better.

Uh, can you say I need to stop eating!?! I have a big trip to San Francisco this weekend with the girls and that's not going to help any. Oh well..... :)
Email Post
Labels: Cholula fiber one McDonalds Trader Joes Zumba