Hey there!!! So I really liked last night's chili. I used the recipe for 10-Alarm Turkey Chili from Hungrygirl.com. 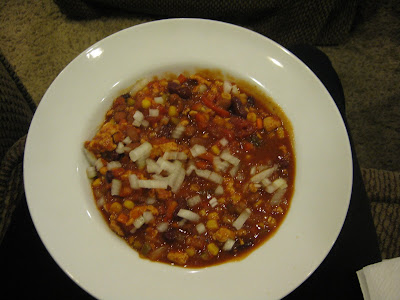 I followed the recipe almost exactly (even putting 5 chipotle peppers in) except that I left out the chocolate. It didn't sound good to me so I omitted it. The title is no joke....it was spicy!! I didn't add even a drop of Cholula even though I had the bottle open and ready to go.

A little later in the evening I wanted something crunchy and sweet so I went with Special K granola and some chocolate almond milk. 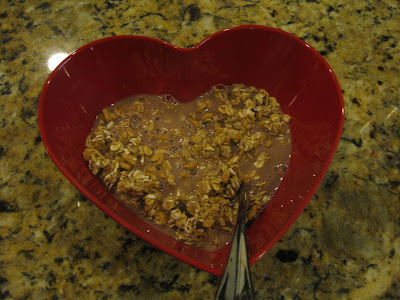 I could really taste the chocolate in this and it was beyond delicious. Then I finished watching American Idol and went to bed.

I knew exactly what I wanted when I woke up: waffle and almond butter. This is the chunky almond butter from Trader Joe's and it's awesome. I cut open a new cantaloupe and was good to go. 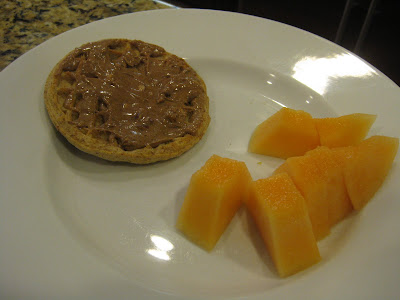 I went to Lisa's for the Yoga X video from P90X. It's so exciting to see how much stronger we are getting. We can do poses that we laughed at the first time we tried. I held the crane pose today for at least 5 seconds. :) I promise we'll take a picture soon and post it....now that I can hold the pose long enough!!

I came home and had the last of the Mac & Cheese: 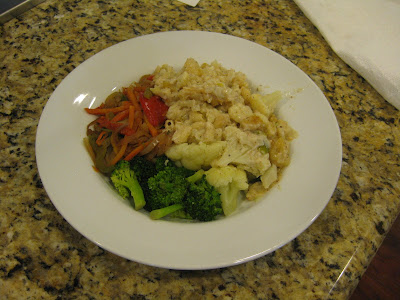 I gave the fourth serving to Lisa to try. I had mine with more broccoli and the leftover veggies I sauteed a few days ago. Really great lunch. I'll have to make that mac & cheese again!

Hey....check out what Lisa did to my heart rate monitor: 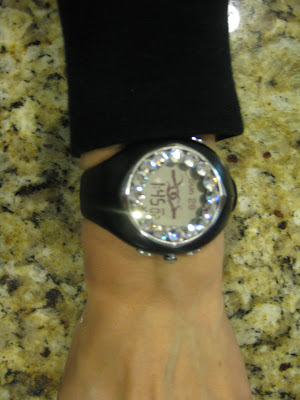 She blinged it out. You want one now right? :)

I've been craving chocolate like mad lately. But not just any chocolate....chocolate in the form of baked goods. Before all this Weight Watcher and P90X stuff, I baked a ton of goodies every weekend. I gave a lot away but ate a lot too. So...I'm trying not to bake and it's killing me. I found a recipe for No Pudge Brownie Clone and decided to try it out. 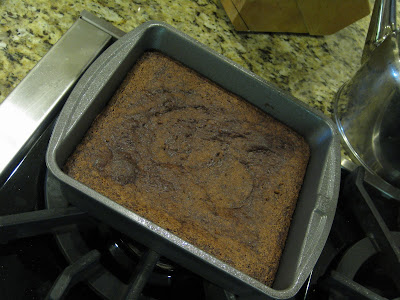 I've made the No Pudge Brownie mix from the box before and for "healthier brownies" they aren't bad. They aren't my beloved Ghiradelli brownies but oh well. These brownies I made today tasted just like the box. I had one warm out of the oven: 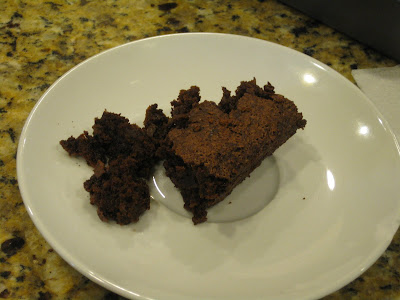 And that is where I will leave you. I'm waiting for the hubby to get back from Vegas...I'll pour some wine and we'll enjoy some leftover "blow your head off" spicy chili. Hope everyone had a fabulous weekend!
Email Post
Labels: almond butter almond milk chili Cholula granola P90X Trader Joes