I was really in the mood for penne pasta last night. Usually I don't like penne for whatever reason but I really wanted it last night. I cooked up some veggies to go with it: zucchini, spinach, onions, green bell peppers and mushrooms: 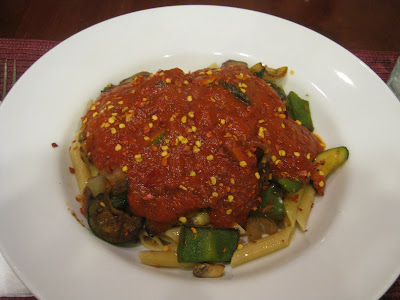 Breakfast this morning was almond butter on a low fat Nutrigrain waffle and delicious strawberries: 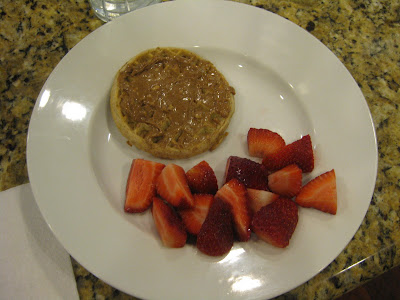 I took the kids to school and went to Zumba. I love Zumba....it's so much fun and you don't feel like you're exercising at all!

I came home, changed and the hubby and I went to Cheesecake Factory for lunch. I LOVE this place. Unfortunately, 99% of the meals there are a diet disaster. I tried a new salad that was point friendly: Fresh Vegetable Salad with Chicken: 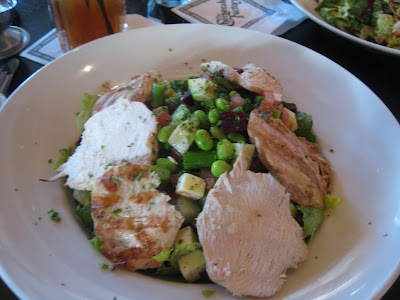 This is an appetizer salad.....it was HUGE. In it: asparagus, cucumber, radicchio, asparagus, green beans. apple, edamame, romaine, white cheddar and chicken. It also comes with beets but I didn't have any of those purple nasty things. I got the low cal mustard vinaigrette on the side as well as some balsamic vinegar. I really liked this salad and would get it again....I'd rather have salmon instead of chicken next time.

We had a coupon for a free slice of cheesecake so we went with the Oreo cheesecake. 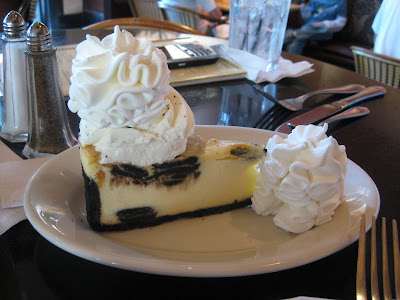 I was able to control myself and take only about 5 yummy bites. I stopped before the "ugh, I'm sick" feeling set in. It was delicious.

We then went to Nordstrom to get him some jeans and shirts. He is in desperate need of casual clothes. He used to wear suits every day and now that he mostly works from home, he needs some clothes!! I wanted to buy some new pj's but we ran out of time. My pj's are all too big!! It's like sleeping in a potato sack...not comfy. I have to go back tomorrow to pick up his jeans that are being altered so hopefully I'll find some then.

I ran into Jimbo's to get some veggies for the Zero Point Veggie soup I wanted to make: 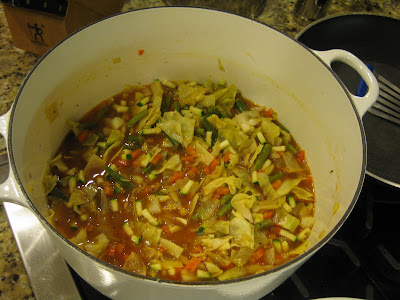 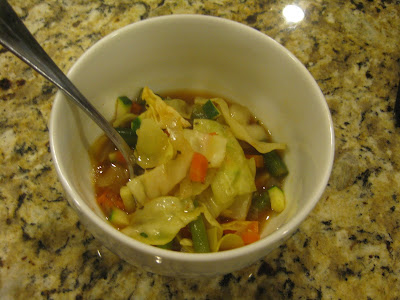 I think it needs some more broth but other than that it was fine. It's not the best soup in the world but for zero points, it does the trick.