So last night I decided against peanut butter and went with granola instead. I had the Special K granola with almond milk and dried cranberries. I ate it in bed while watching this week's American Idol. It was pure bliss in every way. 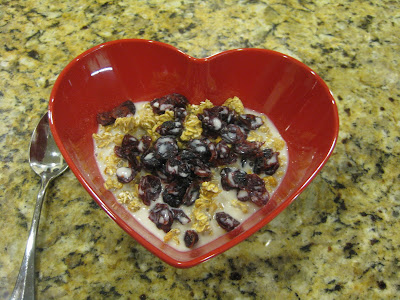 This morning was Fage yogurt with Fiber One cereal and raspberries and strawberries. Yeah, yeah, yeah....you've seen in before. :) 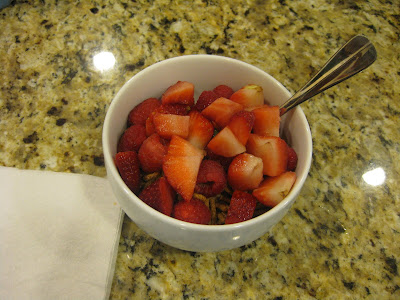 I took my son early to a kindergarten screening and then dropped him off at preschool and made my way over to Great News for a cooking class. Yeah! First I had a fruit cup (since I ate breakfast an hour earlier than normal) and brought my own coffee. :) 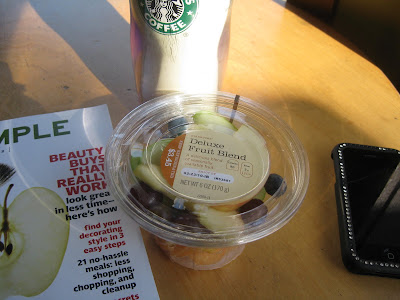 Today's class was Fast and Fabulous Chicken Breasts. Phillis Carey is the instructor and she is the chicken breast queen! The secret to fast, evenly cooked, and juicy chicken breasts is to pound them. It's that simple. 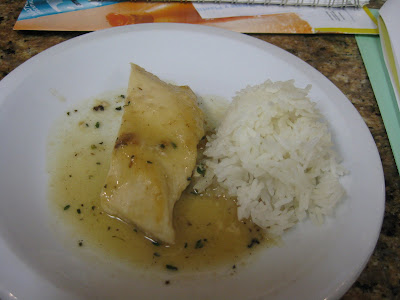 This was very simple and I thought I wouldn't like it because of the fruity factor of the apple cider but I was wrong! It was delicious! 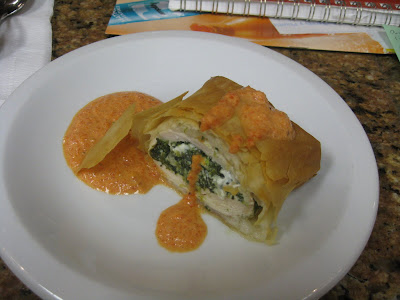 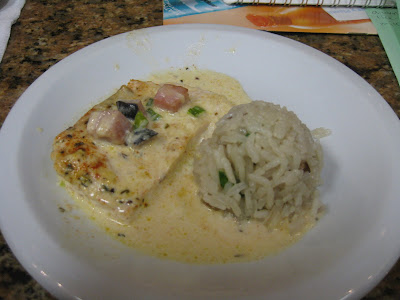 This was my favorite. The sauce was so good (could it have been the heavy cream?) and I loved the little ham pieces in it. The pecan rice was buttery and delicious! 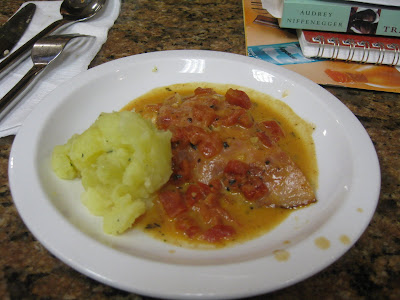 Mmmmm....this was also delicious! Another winner!

Last was Southeast Asian Chicken with Lime and Coconut and Jasmine Rice: 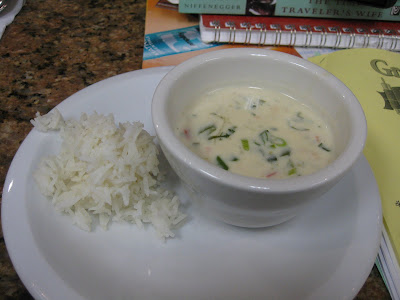 This was very good as well....different and unique!
And they were nice enough to give us a little dessert after all that chicken. :) Vanilla ice cream with Stonewall Kitchen's Chocolate Peanut Butter sauce: 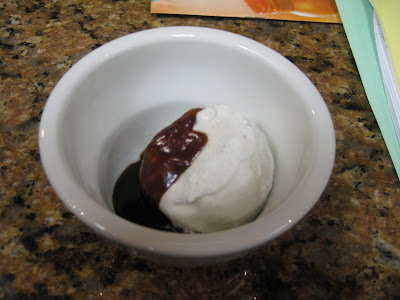 I personally like more chocolate sauce than that but it was delicious anyway! :)

I went right over to Lisa's house to do the Chest/Shoulders/Triceps and Ab Ripper videos for P90X. Big mistake. I figured since it wasn't cardio, I would be fine doing it right after eating all that. Ugh. It was rough....let's just say that. I thought I was going to barf. But I didn't and survived and will never do that again. Lesson learned.
I'm still full and it's dinner time. Hubby is out to dinner tonight so fortunately I don't have to cook anything. I see some zero point soup in my future. My muscles ache and I think I'm going to take a hot bath after I get the kids to bed tonight. I forgot to mention that my son decided that 5:30 am was an appropriate time to wake up this morning. Uh, no. Here's to a great night's sleep tonight!
Email Post
Labels: almond milk Fage fiber one granola Great News P90X Phillis Carey Special K