Friday was my turn to host Thanksgiving dinner. With a total of 31 people scheduled to come, I had a lot on my plate!

First things first: make the pies. I made an apple pie: 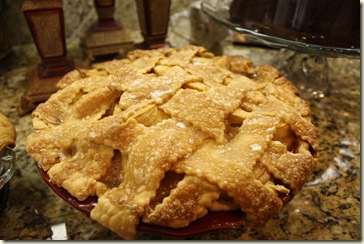 And a pumpkin pie: 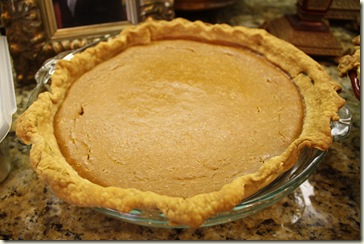 Then it was time to get all my appetizers out. Bean Dip: 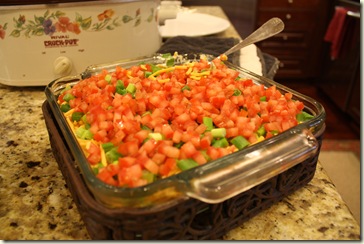 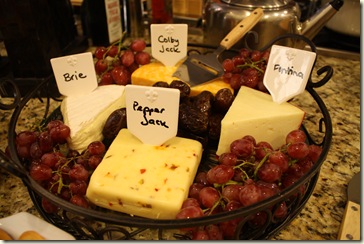 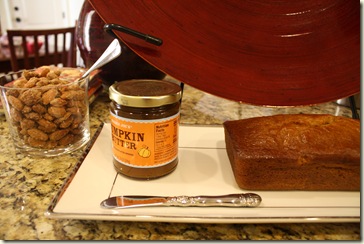 And a few other appetizers that didn’t get included: Taco Dip in the slow cooker and Caramelized Onion and Gruyere Dip. At that point, I started to get so busy that pictures just weren’t happening. My guests started to arrive and Thanksgiving craziness began.

I did mange to snap a picture of the two turkeys before they went into the oven. 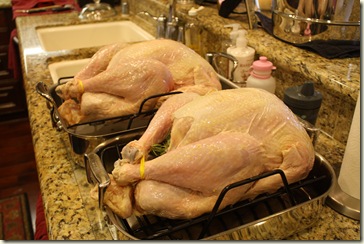 Since my brother was so skilled the night before in carving his turkey, I let him carve one of mine and I had my brother in law, who is a doctor, carve the other. I figured he’d be good with the knife. :) He was.

Soon, it was time to eat! 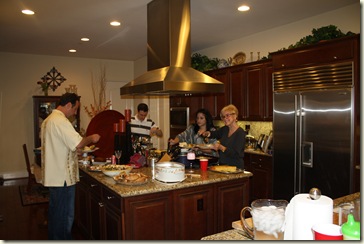 We had turkey, stuffing, mashed potatoes, gravy, Gulliver’s Creamed Corn, rolls and peas. None of which got photographed. :(

Eventually I sat down with my family to enjoy all my hard work! 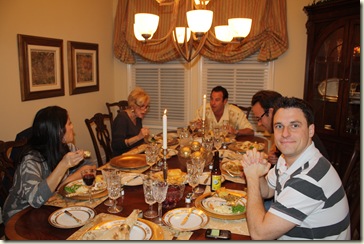 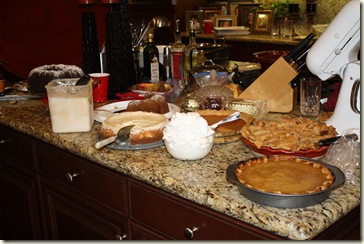 We had enough desserts to feed a whole neighborhood. Besides the two pies, I made a cheesecake, chocolate cake, homemade vanilla ice cream and homemade whipped cream.  WOW!

Then the massive clean up project began. I had so many clean up helpers that the job got done pretty quickly. I finished up after everyone left and fell into bed.  My kitchen had never seen so much action. :)

So….what was the best thing you ate during Thanksgiving?