I feel like I can breathe a sigh of relief now that life is returning back to normal after the Thanksgiving holiday. Well, not a sigh of relief exactly as my to-do list this week keeps growing by the minute. Oh well! 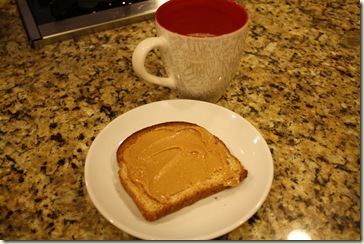 Yesterday was spent catching up on email and starting to work on my to-do list. I went to my Cardio Muscle class and picked up kiddos from school. I had plans on doing a bunch of Cyber Monday shopping but I had received SO MANY emails from different companies advertising their deals that I became overwhelmed. I didn’t end up getting anything except what I had planned to buy. 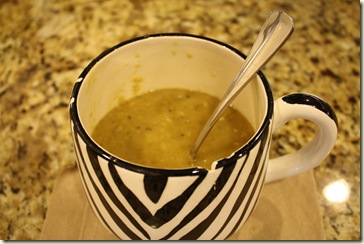 I haven’t been feeling that well so soup sounded perfect!

I had planned on making macaroni and cheese in the slow cooker for Thanksgiving but I nixed it when some people cancelled at the last minute. Less people=make less food. Since I had all the ingredients for it, I made it last night instead! I decided to not do it in the slow cooker but bake in the oven instead. 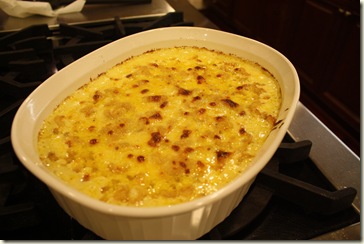 Boil the macaroni in a 2 quart saucepan in plenty of water until tender, about 7 minutes. Drain. In a medium saucepan, mix butter and cheese. Stir until the cheese melts. To the cheese/butter mixture,add the sour cream, soup, salt, milk, cream, mustard and pepper and stir well. Then add drained macaroni and stir again. Bake at 400 degrees for 20-25 minutes.

*The original recipe called for 3 eggs. I read through a ton of the comments and some people said leave the eggs out if you like your macaroni and cheese more creamy (I do). Others said just use one or two. I left the eggs completely and added a bit of heavy cream to thicken it and it was a little too creamy. Next time I will add one egg and see what that does. 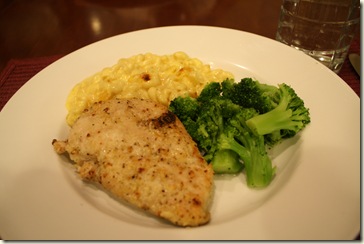 I served the macaroni and cheese with some baked chicken and steamed broccoli.

This morning’s breakfast was a toasted waffle with peanut butter and cantaloupe. 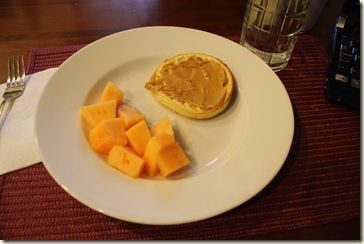 I took the kids to school, went to spin class and came home to change. Then it was off to the mall to buy a bunch of gifts for upcoming birthdays/events. I stopped at Nordstrom for lunch. I ordered a half panini and cup of tomato basil soup. 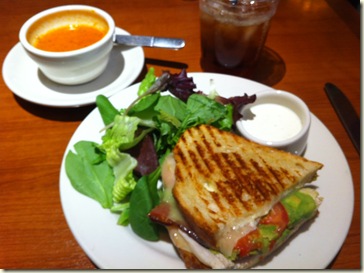 I started eating my soup before my panini arrived. :) I love that soup! I mentioned on Twitter today that I need to make it at home. I have their cookbook!

I ran out of time to get all my shopping done before it was time to pick up the kids from school. Guess that means I have to go back huh? :)

Did anyone snag any good Cyber Monday deals?