Wow....it's been a whirlwind of activity the last couple of days! Let's rewind....

Yesterday's breakfast was a multi-grain Van's waffle with Better n Peanut Butter on top with a side of strawberries: 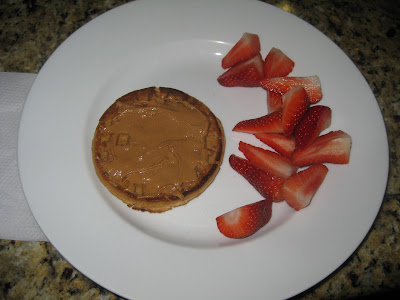 After breakfast, I took the kids to school and went to a new spin class at our gym. Our gym isn't normally open on Tuesdays but they have now decided to open on Tuesdays this year...yeah! We had a new instructor and while I got a decent work out, I didn't really like the class too much. I think there were a lot of "new class" glitches to work out so I'll definitely give it another shot.

I came home and heated up some leftover Trader Joe's Orange Chicken, brown rice and broccoli for lunch: 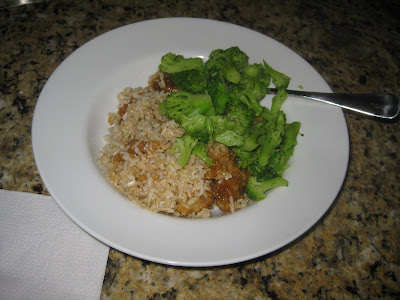 Then the hubby and I headed on over to my daughter's school to celebrate her third birthday with her class. It was soooo cute!!!! They made a cake in the class (which I did not eat) and gave her a present and sung songs.
We then picked up my son and hit the road for Disneyland! I had an apple on the way: 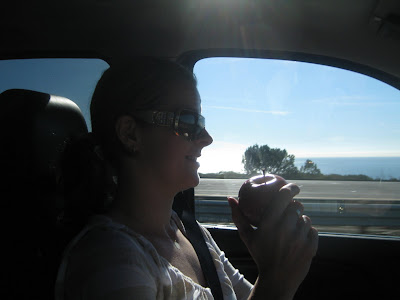 We had a great time and rode tons of rides. I ate a Fiber One bar while at the park. We then headed over to a family favorite for dinner: Chris & Pitts BBQ restaurant. At this point, it was late and I was STARVING.

My meal started with a side salad. Check out the ranch dressing....not healthy but oh so good! 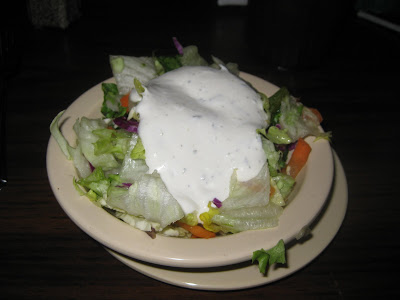 I ordered the bbq chicken. I ate the chicken and the baked beans and gave the fries and bread away. It was really good! 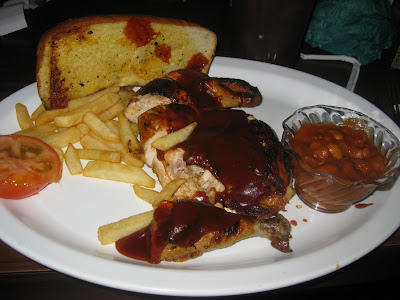 We got home really late so that is the reason I did not blog. Sorry guys!

Now onto today.....breakfast was a light English muffin with Barney Butter and a side of cantaloupe: 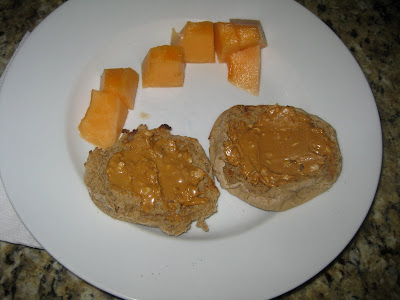 After taking the kids to school, the husband and I took a tour of my son's potential kindergarten for next year.
Subway was my next stop for lunch: 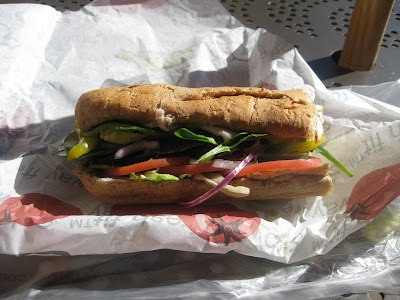 Then it was off to my facial/wax appointment. Afterwards I hit up Golden Spoon for some frozen yogurt. I had a small half chocolate malt/half egg nog. 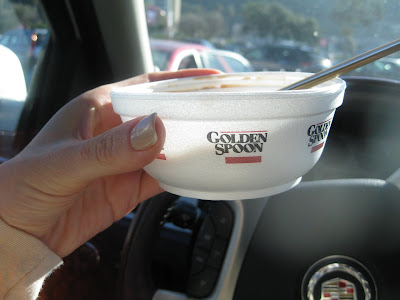 That really hit the spot. Then it was off to Target. I hadn't been in ages and I needed EVERYTHING!!! I finally got home, unloaded the car and put everything away. I have a ton of stuff to do tonight (we are leaving for LAS VEGAS tomorrow!) so hubby was kind enough to take me out to our club's restaurant for dinner. Our meal began with a greek style salad: 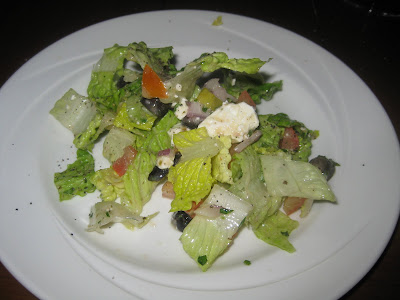 It was Italian night (confused why there was greek salad) and only three choices. I went with the lasagna. Not healthy in the least but boy....was it good! 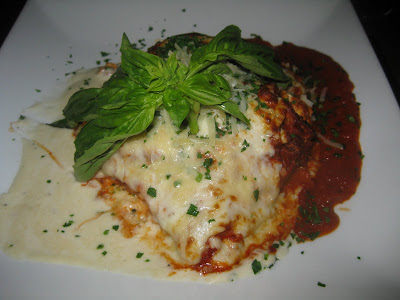 I didn't eat all of it but I did my best. :) I also had a few bites of garlic bread.

We came back to the house and opened my daughter's birthday presents and had cake! 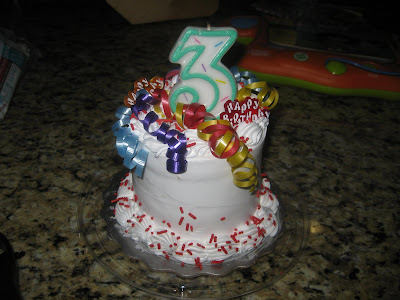 I had to have a little taste: 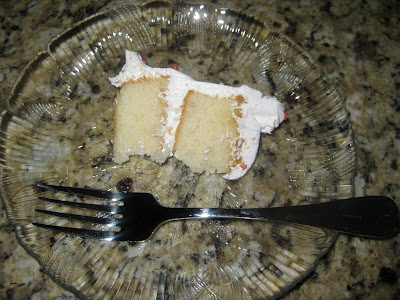 It was quite yummy I must say. That is that.... I have to get the kids to bed, pack and do a bunch of other stuff before I get to hit the sheets. If I don't blog in Vegas, please forgive me. But I will give it a good try! :)
Email Post
Labels: Barney Butter Golden Spoon peanut butter