Last night's New Year's Eve celebration was wild!!! We took the kids to Garcia's Mexican Restaurant in Encinitas. Check me out in my sweats with no makeup....sexy! 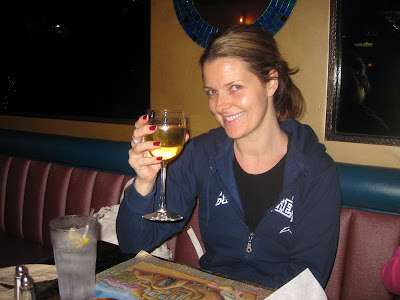 I had a few chips and salsa to start before my fish tacos arrived. The tacos were just ok. I ate one of them and the insides of the other and only had a few bites of my rice and beans. 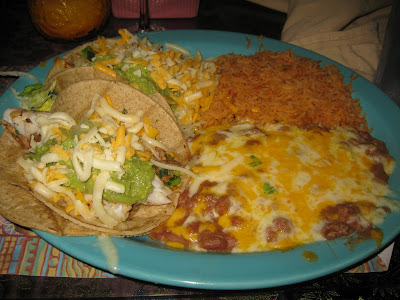 I forgot to mention that I had a large glass of wine before we left for dinner. I was trying to get my printer hooked up to my new computer and was having a heck of a time.....so I thought wine would help. I had my husband get me some while I worked and he brought up a very full glass! So I was pretty buzzed after dinner. But we didn't stay up to ring in the new year....or at least I didn't mean too...I couldn't sleep very well again last night. Boo!!

So, today hubby and I decided to go back on Weight Watchers. I just have three pounds to get off so hopefully it should take too long. Breakfast was Special K Vanilla Almond cereal with almond milk. I also had coffee. 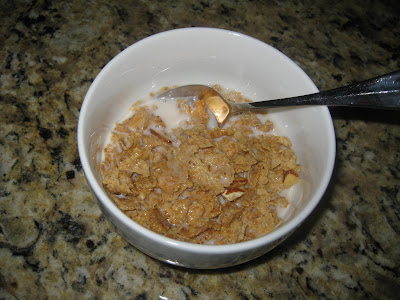 I spent most of the morning on the phone with Dell trying to get the printer to work and finally it was fixed!!!
Lunch was whole wheat spaghetti with my marinara and some veggies: 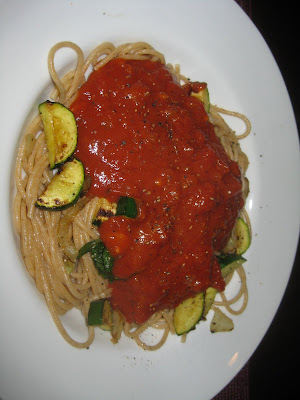 I went to the grocery store to buy some fruit and veggies for our healthful eating, picked up the mail and came home and had an apple for a snack: 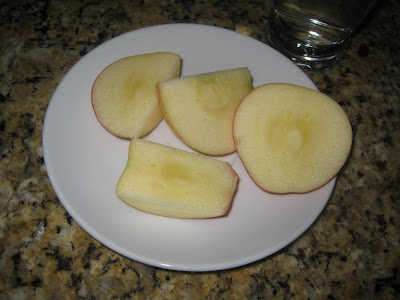 My daughter's third birthday party invitations came in the mail so I got those addressed and ready to go. I also went for a fabulous 25 minute run up and down hills. I think it's been a week since I worked out so it felt really good to get my blood flowing!
Dinner was leftover sloppy joes from Big Bear. I made mine open faced with leftover roasted potato wedges and some corn. It was a very yummy dinner! 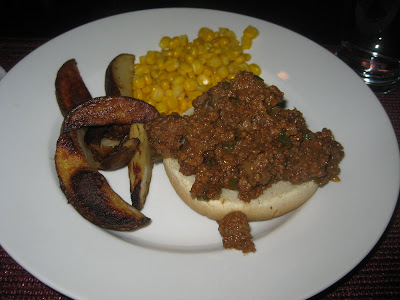