Ahhhh...it's been a whirlwind of activity lately!!! I'll pick up on where I left off on Monday.....

Sometime after picking up the kids from school, I had a Fiber One bar. 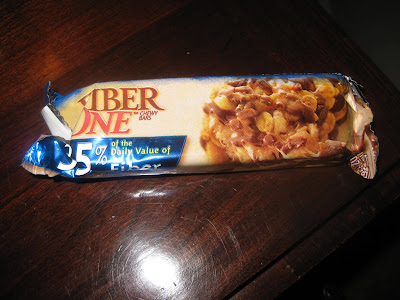 I went to the grocery store and the bank and attempted to catch up on emails/blogs. I'm soooo behind!!!!
Dinner was a lighter version of chicken parmesan with whole wheat spaghetti and marinara and a ton of veggies: 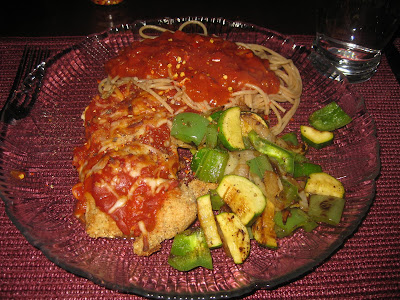 Tuesday's breakfast was a Van's whole grain waffle with BetterN Peanut Butter on top with a side of strawberries. 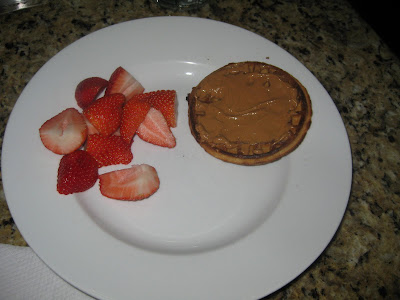 I then went for a tour of my son's future kindergarten, dropped him off at school and then came home and went to the gym. I tried to work on my running speed. I'm kind of a slowish runner. So I did three miles, broken up with different speeds, trying to improve the speed on each mile. The first mile I did at 5.5mph. I walked for two minutes and did the second mile at 6.0mph. I walked for another two minutes and ran the third mile at 6.5mph. Great workout!!!

I came home and whipped up an awesome salad: can of tuna, mixed greens, shredded iceberg lettuce, tomato, cucumber, red bell pepper, green onions, two tablespoon of light dressing and a tablespoon of balsamic vinegar. Off the freakin hook and it kept me full for hours! 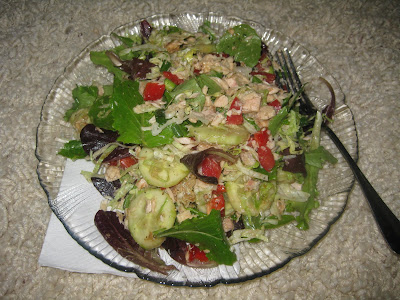 Then I took my daughter for her three year old checkup at the doctor. We came home, fiddled around a bit and then I got ready for Bunco at Dina's house!
Yeehaw! 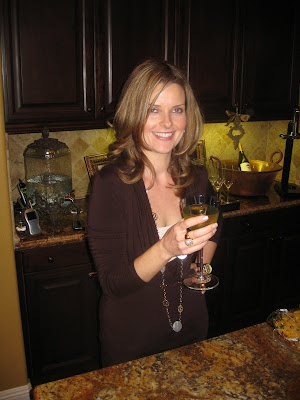 We did a potluck this time and I brought some yummy bean dip with tortilla chips: 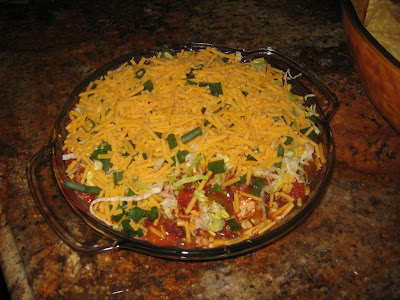 I tried a little bit of what everyone brought but I didn't go too nuts so that's good. I did partake in dessert of course.....
Lisa's BOMB cupcakes and an amaretto cake that was to die for: 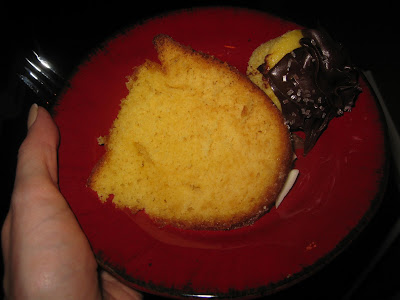 Normally I would have hit up at least three of those little bad boy cupcakes but I had restraint this time.

My BORING breakfast today was a light wheat English muffin with Barney Butter and cantaloupe: 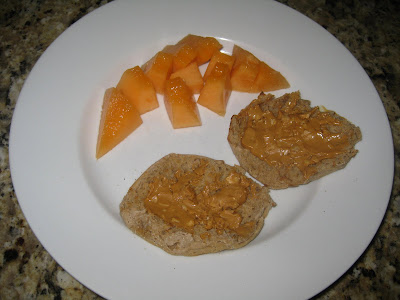 After taking the kids to school, I went to our new Zumba class. I didn't suck as bad as I thought I would and ending up have a great workout. Burned 560+ calories and had a great time!
I got cleaned up and went over to the preschool to help celebrate one of my daughter's teacher's birthdays. Afterwards, I met my friend Lisa for some quick sushi before I had to pick both of the kids up from school. 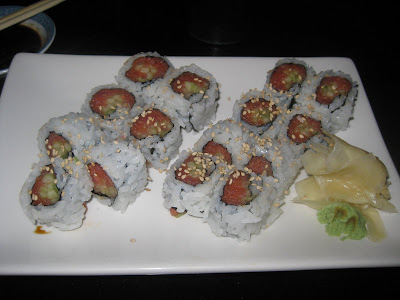 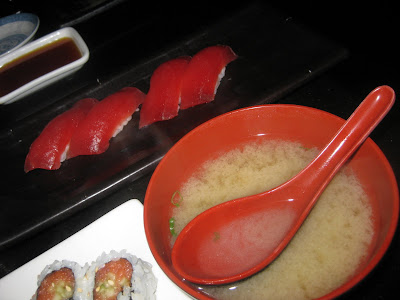 Ahhhh.....how I love sushi!!!!!
So, I just got back from Sports Authority. I bought a yoga mat and a resistance band because.....I am starting P90X tomorrow! A few friends and I are committed to get through the next 90 days of this torture. I even took my "before" pictures today. And...NO....I'm not posting them.....maybe after the 90 days, I'll post to compare....Maybe. :) Wish me luck people! I need good vibes! When I was at Sports Authority, the guy who was helping me pick out my resistance band asked me what I was using it for. When I said "P90X" he laughed and said "Good Luck."
Yeah....I'm gonna need it.
Email Post
Labels: Barney Butter Bunco fiber one marinara P90X peanut butter Zumba