Did you miss me??? Yesterday was a whirlwind of craziness! We left early yesterday morning for Los Angeles. I grabbed some toast with almond butter and coffee for the road. We went straight to the hotel to check in and then we went over to the USC campus to start tailgaiting for the game. We went to Chanos for breakfast (my second of the day). Chanos is a little Mexican shack by campus that everyone loves! I had a breakfast burrito consisting of eggs, cheese and pico de gallo. My picture, for whatever reason, didn't turn out. I ate about 3/4 of it with their legendary hot sauce. I wanted to save room for tailgating treats. I ended up bringing the leftover sangria with me from my Bunco dinner on Tuesday night. It tasted fabulous several days later! 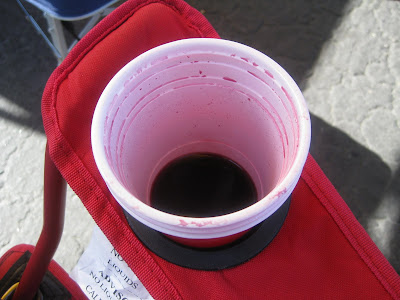 I had a half of a hot dog at a friend's tailgate and then we started over to the game. The game..... 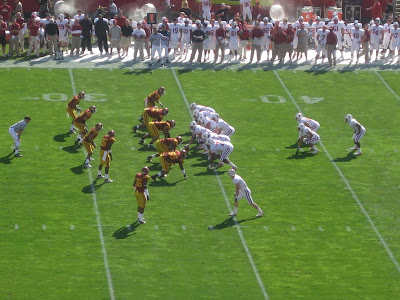 SUCKED. Stanford scored more points on us than anyone ever in USC's history. And I was there to witness it....nice.

At least my almonds were good! 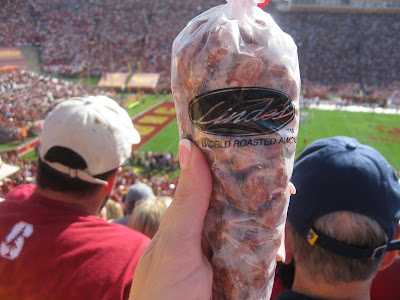 These almonds are made only with cinnamon, sugar, vanilla and water. No butter and no oil. They are warm, comforting and fabulous.

After the game we went back to the hotel to get ready for the black tie charity event. They didn't have chardonnay there (?) so I went with a glass of merlot. 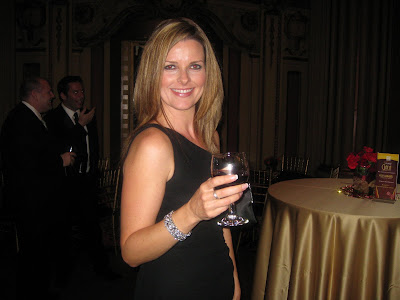 They had a few different passed appetizers that I tried: mini hamburgers, beef skewers and tuna tartare on a crisp. I liked the tuna so I had several of those. No pictures...I had a glass of wine in one hand, my clutch under my arm and the other hand was the appetizer hand...it would have been a little tricky. :) 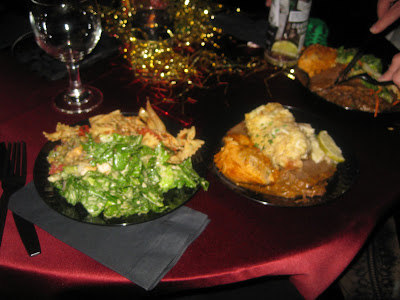 I had caesar salad, pasta salad, fish, chicken and beef. The food was ok....not the greatest. I had a few bites of everything just so I wouldn't be starving. We did some more dancing and called it a night. I was in bed by 1 AM......and up at 5:40AM to leave. Yuck! We wanted to get back early so my nanny could have the whole day off.

I had this Special K bar in the car on the way home. It was actually really good! 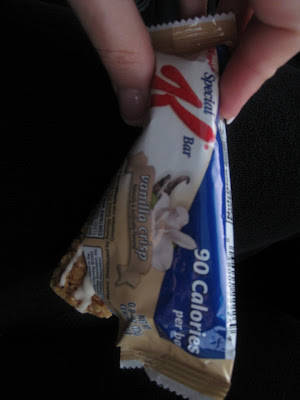 After the lack of food last night and the long drive, I was soooo hungry when I got home. Hubby brewed some coffee and I made a breakfast burrito (whole wheat tortilla, egg beaters, reduced fat cheese and hot sauce). 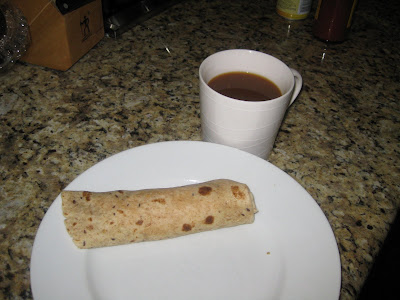 I ended up taking a nice two hour nap (ahhhhh!) after breakfast so I felt much better! I really felt like pizza when I woke up so I baked a frozen pizza I had from Costco. I didn't have the box so I can't tell you what kind it was but they aren't my favorite. I'm glad they're gone. Here's a slightly burnt piece: 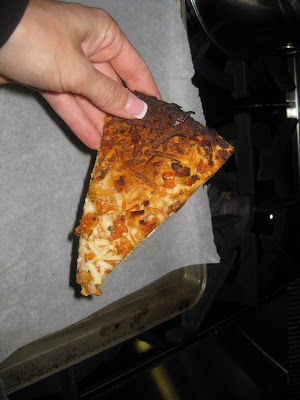 I snacked on some pumpkin bread that my sister in law brought over today. MMMMM 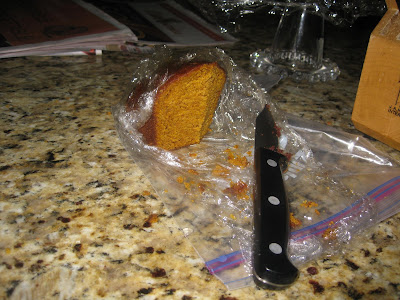 Dinner was defrosted leftover of Rachel Ray's Chicken Curry in a Hurry. I served it with brown rice and peas. It was really good!!! It's nice having all sorts of leftovers in the freezer. Just heat and serve!! Sorry for the lopsided pic. Really.....how do you fix that?? 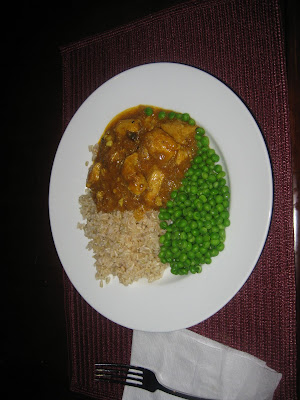 We had our holiday lights put up this weekend and tonight is the first night with them on. I love our holiday nights. It's so warm and comforting seeing them through our windows.
I'm going back to LA tomorrow to visit my my mom for a couple of days so hopefully I'll get a chance to blog while I'm there. We are going to do some shopping....excited!!!
Good night all!
Email Post