I'm going to make this post a quickie because I'm starting to feel under the weather....hopefully a good night's sleep will do the trick!

Breakfast was my new found "Egg Mug' breakfast consisting of egg beaters with a Laughing Cow cheese on a light wheat english muffin and a honeycrisp apple. 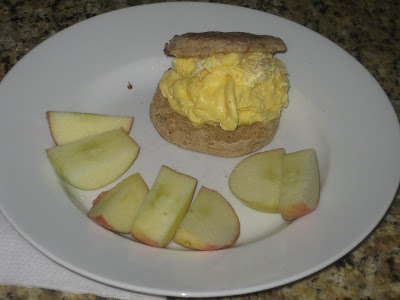 After taking the kids to school, I went to Step and Sculpt class. It was an awesome workout!!! Hubby and I went to Subway for lunch. The usual (turkey on wheat with everything): 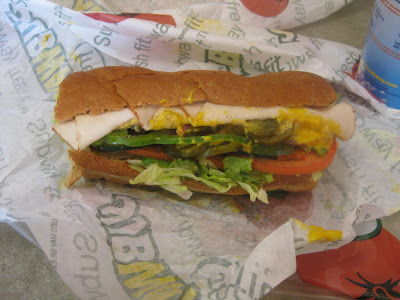 There's a self serve frozen yogurt place next door so I decided it was a must. I mixed three flavors: Cake Batter, Fudgesicle and Mint. 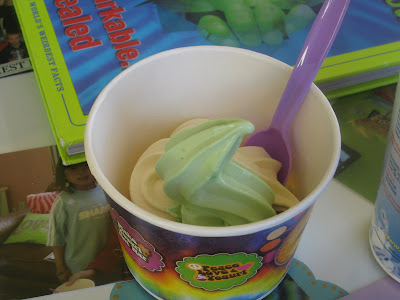 Then I ran a bunch of errands: Target, Michaels, Trader Joe's, and Ralphs. Whew.....

I had two glasses of Chardonnay over the evening: 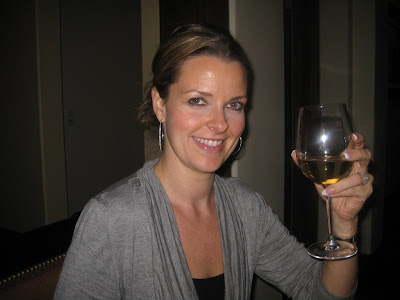 The buffet tonight was Fried Chicken and some fixings. I cannot tell you the last time I had fried chicken.

I started with a few helpings of lettuce wedge salad with ranch dressing: 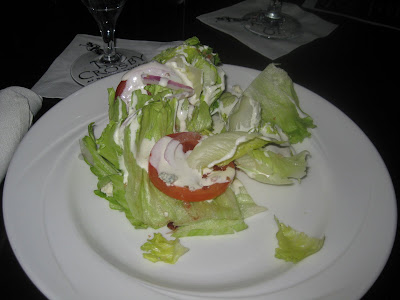 Some more salad and fried chicken: 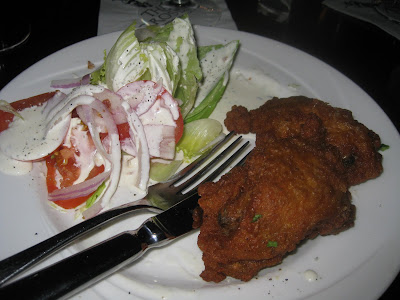 I had a tiny bit of mashed potatoes and gravy after that. Then they brought out hot wings so I had some of those too. 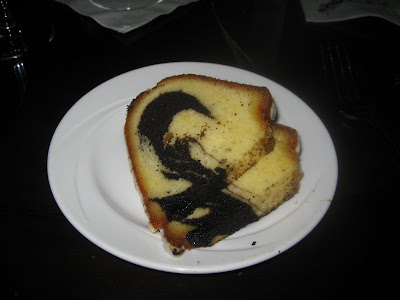 Wow....I ate too much. Ughh.....maybe that's why I don't feel that great. Booooooo!!! Oh well...tomorrow's a new day (and a much higher weight I'm sure).
Email Post
Labels: Laughing Cow