Yes, I'm in Chicago...and I am COLD. Seems strange going from Hawaii's 90 degree weather to Chicago's 40 degree weather within a few days time. Let's get right to it....there's a lot to cover!!

We last left off on Wednesday afternoon. I was feeling snacky so I busted out some Trader Joe's Pretzel Slims a a packet of peanut butter. Great combo. 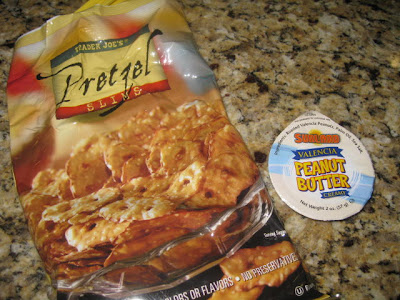 I spent the rest of the evening finishing up laundry and packing and had this for dinner: 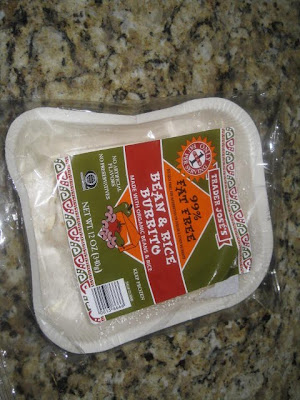 I swear there's a burrito under all that salsa/hot sauce: 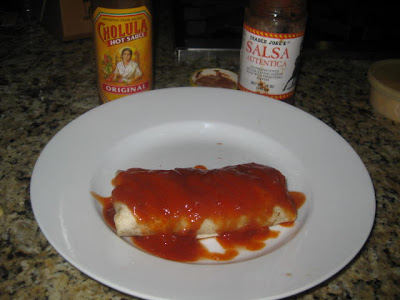 It was ok. I find that frozen burritos are a disappointment most of the time. They never microwave all that well. Part of it is always super crunchy and the other party is soggy or cold. Well, at least I didn't have to do many dishes right?

Thursday morning it was off to the airport super early. I packed some breakfast the night before to take with me in the car. I made a peanut butter sandwich on wheat bread with the rest of the peanut butter from the little packet I opened yesterday. No picture...it was too early...I barely knew my name.

After checking in at the airport I bought some goodies for the plane: fruit cup and a non fat latte (extra shot!): 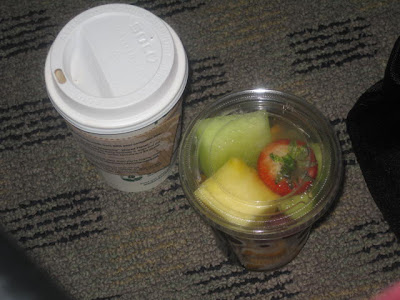 We had a nice and easy flight into Chicago. I got to relax and read so I was happy. After a LONG cab ride in traffic, we checked into our hotel and had a late lunch at The Grill. Hubby and I split the hummus trio (Hubby attacked it before a photo could be taken) and then I had the Cobb salad. It was very good but it was BIG...I only made it through half the salad. 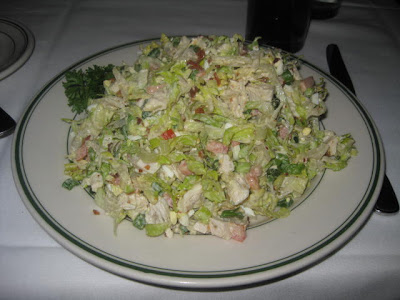 We went back to the room to relax before my brother and sister in law arrived. I read my book for a couple of hours while laying in bed drinking tea. It was heaven. No phones ringing, no kids screaming, no one asking for anything. Ahhhhh.....peace and quiet!
When everyone had arrived, we went to Giordano's for Chicago stuffed pizza. I started with this lovely glass of merlot: 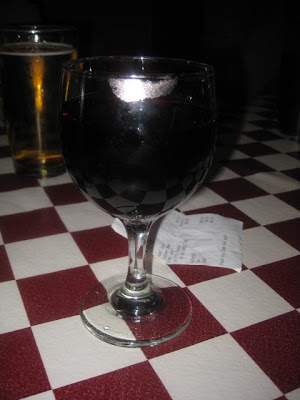 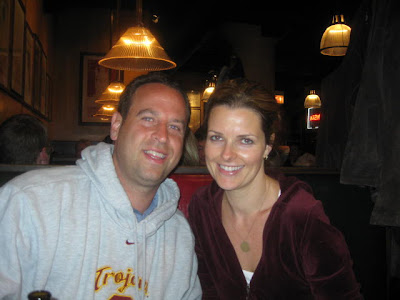 Hubby and I split the chopped salad. Very good....tomatoes, onions, feta, provolone cheese in a oil and vinegar dressing. 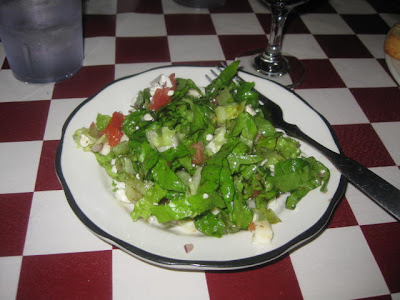 Then the pizza arrived..... 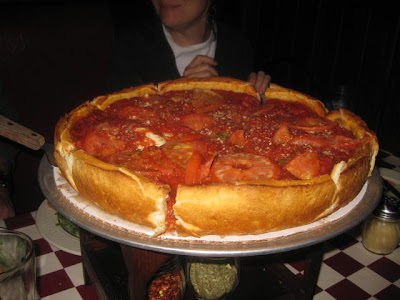 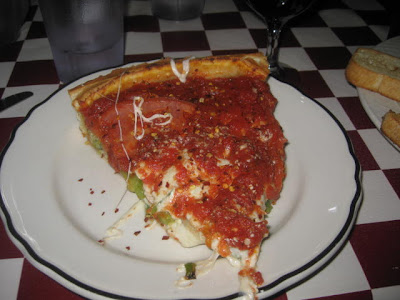 At least it was loaded with veggies!! :) I did order a second glass of merlot (it's vacation remember?)

Hubby and I split the ice cream bomb (vanilla & chocolate ice cream with a cherry in the middle...all covered in this hard chocolate coating). It was just ok. Basic ice cream with magic shell type stuff on it. The Hubby was happy though. He LOVES ice cream. 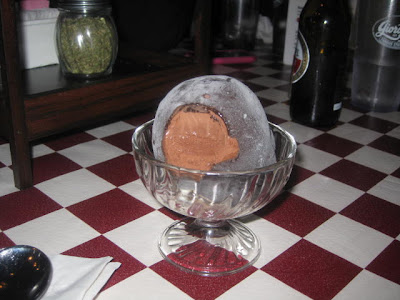 Then it was off to bed.
Hubby dragged me out of bed close to 10AM. Boy, what a lazy bones I am on vacation. To be fair, that's only 8AM my time. We went to a place called Tempo for breakfast. It was packed!!! I ordered the Mexican omelet (jalapenos, zucchini, tomatoes, onions and swiss cheese): 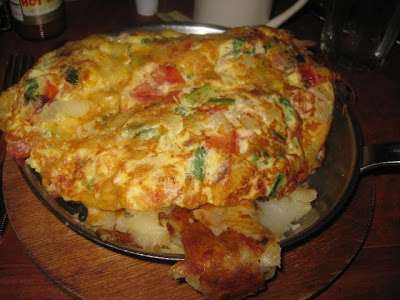 It was GIGANTIC. It was served over potatoes in a skillet. Once I poured hot sauce all over it, I went to town. I made it through about half before I called it quits. I did partake in their yummy toast with a little butter and orange marmalade. I recommend this place highly if you are ever in Chicago.
Check out Hubby's breakfast: 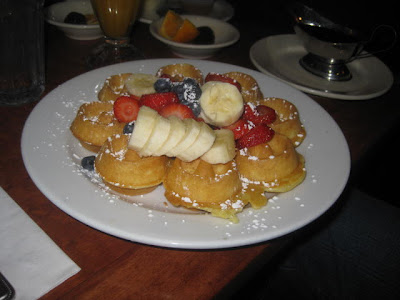 Doesn't that waffle look good!?!
Then my sister in law and I went shopping for a few hours. I didn't find anything to buy but I had a ton of fun looking! There is some really good shopping to be had here. We really worked up an appetite walking around so we went back to the hotel, grabbed our hubbies and went to Downtown Dogs for some Chicago hot dogs. 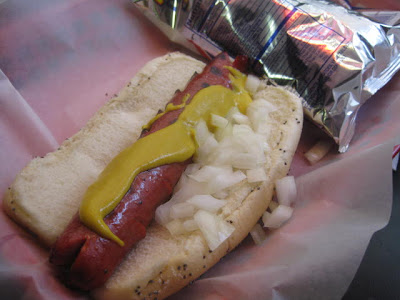 My favorite way: mustard and onions. Hubby and I split cheese fries: 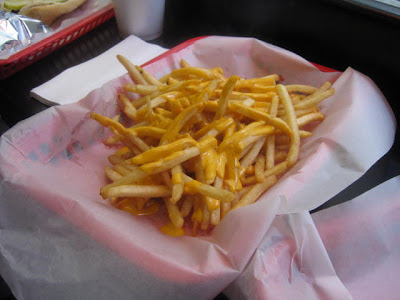 Then, as we were walking back to our hotel, what did we see???
Ghiradelli..... 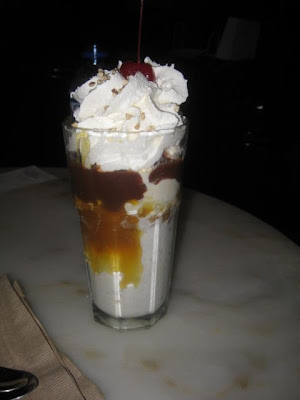 Butterscotch Hot Fudge Sundae. I had a few bites and they were glorious.
I guess I will have to live in the gym when I get home right? But you only live life once right? :)
Email Post