Sorry no post last night but I was pooped when I got home from the game. We had a great time....too bad the Chargers lost. :(

Before I left for the game I decided to have a little snack so I wouldn't be starving when I got there. I had a bowl of Progresso light soup and a piece of light wheat toast = 0 point snack. 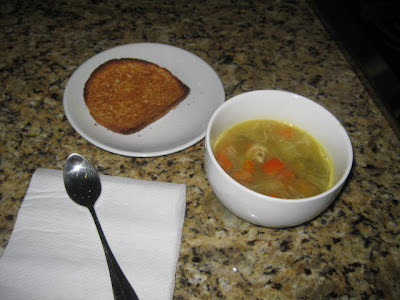 When we got to the game, we went to Murphy's bar for a drink. Behold my lovely Chardonnay: 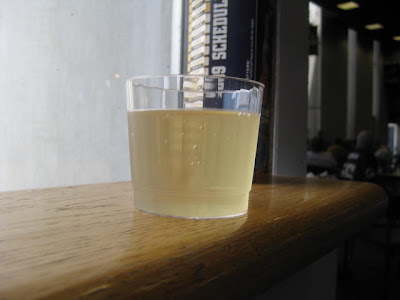 We spent about an hour there and then grabbed another glass of Chardonnay and went to our seats. The Chargers enter the stadium: 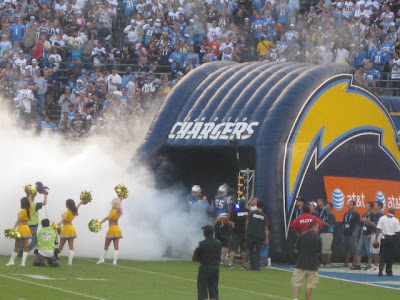 They did a jet fly over and I took the picture too early. I was so worried that I'd miss the picture because they fly so fast that I snapped too early. But you can see them entering the bottom of the picture. :) 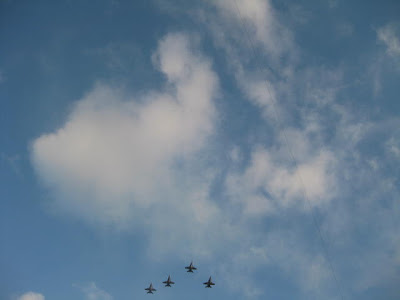 It was a beautiful evening at Qualcomm Stadium. 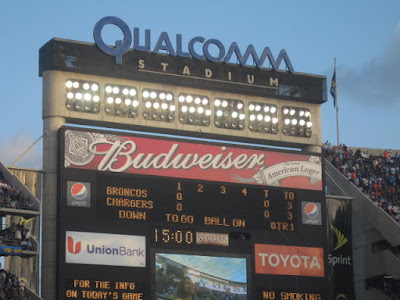 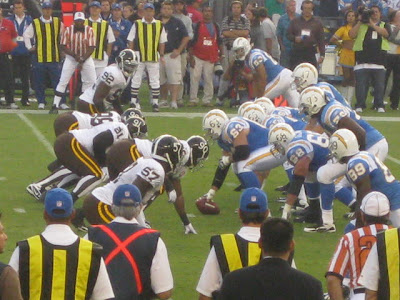 While we were at the bar, we discovered that our beloved burrito place did not, in fact, serve burritos anymore. (What!?!) They had rolled tacos and other fried stuff....so that was out. When it was time to eat, I searched high and low for something healthy to eat. Wow....nothing healthy exists at Qualcomm Stadium. I asked people who worked there where the healthy food was and they looked at me like I was crazy. So, I ended up with a pulled chicken sandwich. Fortunately it was big and filling. I bought one for hubby too. Both sandwiches set me back $19 and it wasn't even what I wanted. :( Oh well... 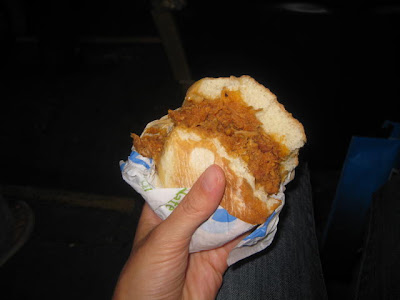 This morning's breakfast was Ezekiel toast with a tablespoon of peanut butter and half an apple. I really need to go to the grocery store. (tomorrow?) 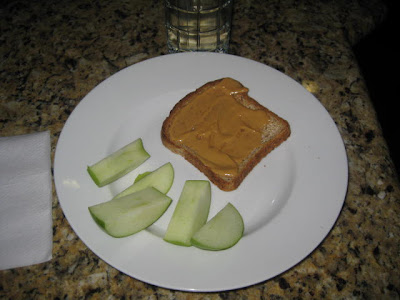 I dropped the kids off at school and came back for a walk. I walked up and down hills for an hour and 20 minutes. I'm pretty sore from yesterday but it felt good to walk.
Lunch was Amy's Split Pea Soup and a quesadilla made with a whole wheat tortilla and low fat shredded cheese. It was a pretty tasty lunch! 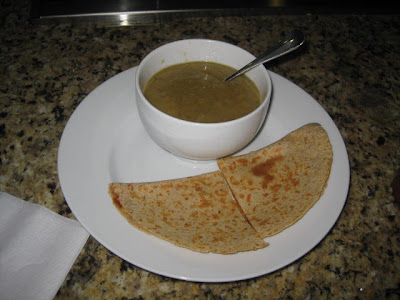 I picked my daughter up from school and took her to McDonalds for an ice cream cone and to play until it was time to pick up my son. I did steal a couple of licks from her cone just so it wouldn't drip all over her. I'm just nice like that. :)
We came home and I read some email and blogs and felt snacky. I made some Fage (my last one) with agave nectar and Trader Joe's Morning lite cereal on top. And I had about a zillion cups of English Breakfast tea. I feel a cold coming on so tea always makes me feel better. 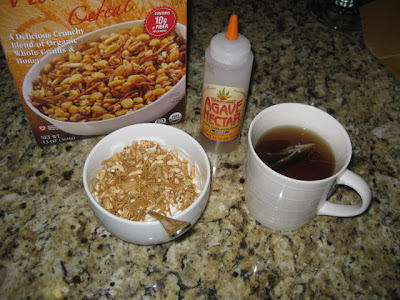 Nothing too exciting happened between lunch and dinner so I'll get right to dinner. I defrosted some leftover Monterey Jack, Corn and Red Pepper Risotto from Cooking Light. It tasted better than the last time I had it but it still tasted like it was missing something. I put Cholula all over it and it tasted much better. :) Alongside were some green beans. 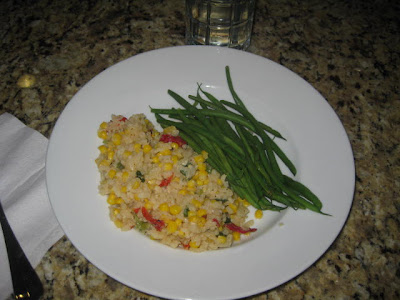 I have two points left so I'll probably hit up a skinny cow ice cream sandwich once I get the kiddos to bed. Night everyone!
Email Post
Labels: Cholula Ezekiel Fage