Not too shabby for less than a week of healthy eating and exercising!!!! It's good to back on track even though I ate too much today.

Sorry to be a repeat meal offender but breakfast was the same as yesterday: Ezekiel toast with Barney Butter and a side of cantaloupe. I also had a couple cups of coffee. 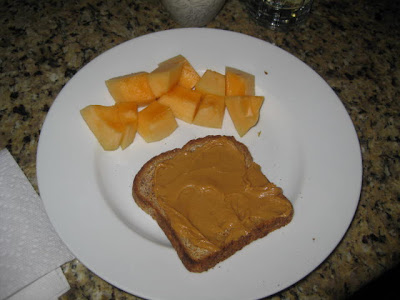 My brother in law, my niece and my mother in law came over for the day. I decided to barbeque chicken kabobs and corn. I also made this chili and cornbread. The chili tasted good but not the best. I'll try it again in a few days....usually chili tastes better after it's had time to come together better. :) After all this cooking, I forgot to take pictures. :( The kids were hungry, the adults were hovering and I just wanted to get it served as quick as possible. Oh well. We all ate outside as it was such a nice day!!!

We took the kids to a nearby park to feed the ducks with some leftover hallah that I had. I may have had a few pieces myself. I love hallah!

We hung around the house watching football and drinking more coffee. We picked up pizza for dinner from Leucadia. I really like their pizza! My first slice of veggie pizza: 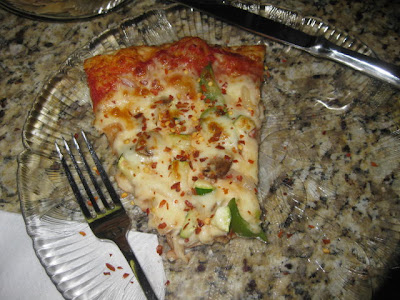 And because the first was SO good, I had to have another. And a little spaghetti and zucchini pie that my mother in law made. I shouldn't have had the second piece....I am too full now. :( But I did avoid the chocolate chip cookies that my kids and my mother in law made today! Whoopee!!! 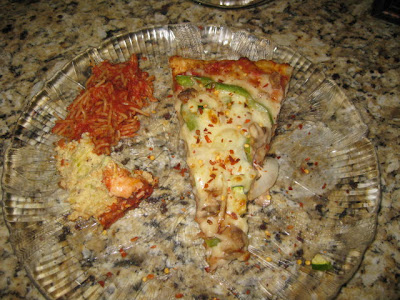 So that is that. I'm about to put the kids to bed and call it a night. Hope you all had a great weekend!!