I can’t believe it’s almost New Years Eve!! I’m so excited!
Monday night we drove to Orange County and had dinner at my mother in law’s house. My brother and sister in law were in town from Austin and they love In N Out and don’t have it there so it was an obvious choice for dinner. 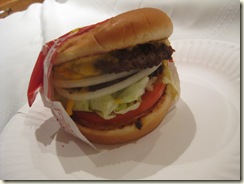 In N Out Double Double. One of my favorite burgers ever! I had some fries as well. Then we were off to our hotel to call it a night.
Tuesday morning we headed over to Disneyland. There were WAY TOO MANY people there that day. They stopped sales of tickets when they reached capacity (of 85,000 people) at 10:30AM!!!!!!!!!! Ridiculous. Mental note: never go to Disneyland the week between Christmas and New Years.
I didn’t eat much while I was there. My mother in law made turkey sandwiches so I had one and a half of those while trying to maneuver around the park. After we had had it, we drove back to San Diego.
We all went over to our friends house for dinner. My friend’s mother in law is Italian and an excellent cook so she made dinner for us. I love it when other people cook for me! So rare! 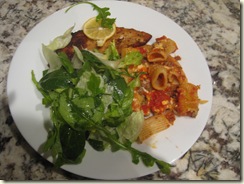 It was delicious! Pasta, breaded chicken and a simple salad. I had two full plates. :)
For dessert I had one of the Italian cookies she made: 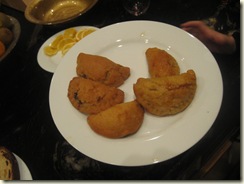 She made the jam from scratch that was inside. They are called Gninulille and are Calbrese Christmas tradition. Fabulous! I also had some champagne and red wine. Life is good. :)
This morning I made an egg beater sandwich on a sandwich thin with a slice of Swiss and some turkey deli meat: 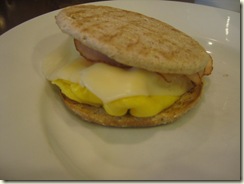 I had a repair man come, did some laundry and took down the Christmas tree.
For lunch I had some leftover egg noodles and marinara sauce. I really need to get to the grocery store. 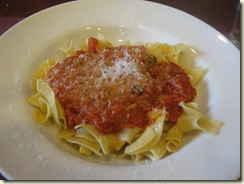 I also really need to go to the gym. It’s been over a week. I’m finally feeling better enough to go. I will make best efforts to go to Zumba tomorrow but I have another repair man coming during that time so we’ll see. :(
I took the kids to get their checkups/flu mists and came home.
Now I’m relaxing with a glass of wine while watching the rain. :) 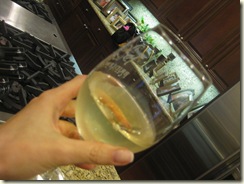 I think we are going to take the kids to Benihana tonight. I have a coupon for my birthday that expires soon…..wouldn’t want it to go to waste!
Have you ever been to Benihana?