On the up and up.
So I just realized that I'm dealing with PMS bloat too this week. Fun!
Breakfast was 3/4 cup Special K Cinnamon Pecan Cereal with a half cup of unsweetened vanilla almond milk. I piled strawberries, raspberries and blueberries on top. I haven't had cereal in awhile and was in the mood for it. Now I remember why I don't eat cereal that often...it's about as filling as one cracker. I was starving an hour later so I had a cup of coffee.
Took the kiddos to their first day of school and went to spin class. We did 30 minutes of spin and 30 minutes of upper & lower body and abs. Great workout!
Hubby and I picked up our son from school and went to La Salsa for lunch. I had a veggie taco salad without the shell and sour cream. I piled the salsa and hot sauce all over the top. It had black beans, rice, lettuce, tomatoes, and little cheese and guacamole. Very filling and tasty!!!
Then it was off to the races!! Today was the last race day of the season at the Del Mar Fairgrounds. 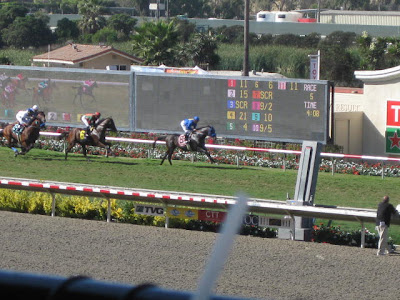 I had two of these beauties: 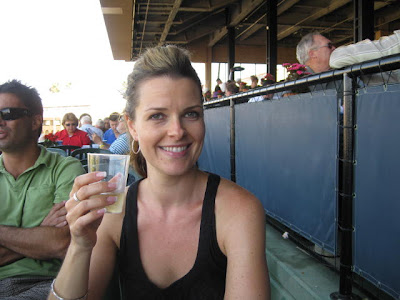 And some of this: 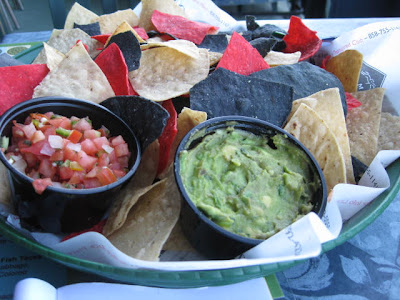 A glorious time was had by all! Then it was time to go home and cook dinner. I wasn't very hungry and didn't have anything planned so I found a recipe in my ever-expanding recipe binder for Chicken Paprikash that looked good. I didn't have the caraway seeds it called for but it tasted very good! I had a little bit over egg noodles and whipped up some veggies on the side (mushrooms, onions, tomatoes and green bell pepper). Dessert was a tiny chocolate chip cookie that I made over the weekend.
I went over points today but oh well. That's life.
Email Post