And so the vacation in paradise continues. And so does delicious eats. 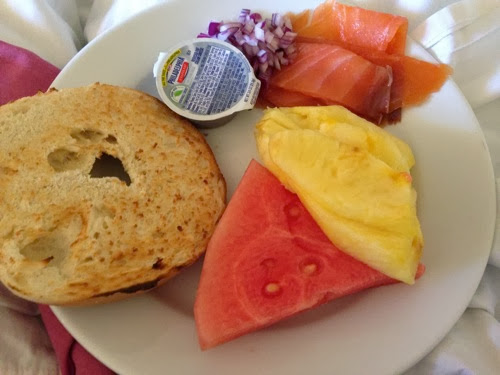 We booked a snorkeling trip for that afternoon. We ate lunch at Beach Bums across from the pier. I ordered the blackened fish tacos with cole slaw and potato mac salad. 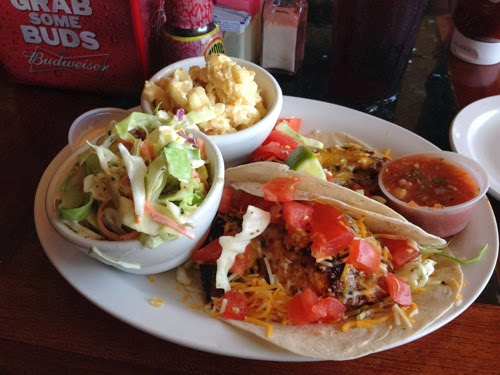 They were good but nothing special. I poured their hot sauce all over them which turned out to be spicy barbecue sauce. I could have done without that.

Just as we arrived to the boat, we received a call that the boat was broken and the trip was cancelled. Blech. Back to the hotel we went.

Dinner that night was at one of our hotel, The Grand Wailea's restaurants: Bistro Molokini. My meal started with lobster bisque. 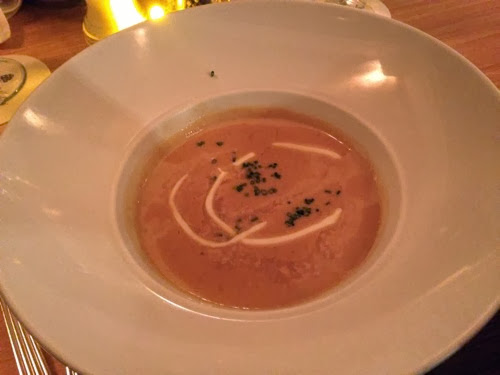 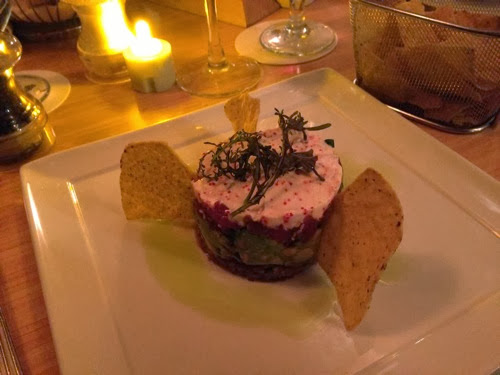 I wasn't a big fan. I'm not sure if it was because I wasn't hungry though…..

Breakfast yesterday was at the buffet. I enjoyed lox with Dijon mustard on wheat toast with cucumbers, tomatoes and onions. I also had salami and pineapple. 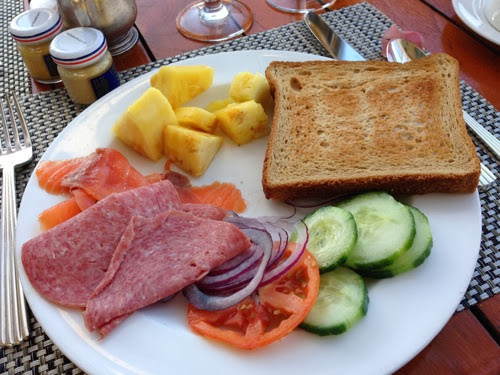 Later we headed to the airport for our flight to Honolulu. We stopped at Amigo's for lunch. My meal started the right way with a margarita on the rocks. 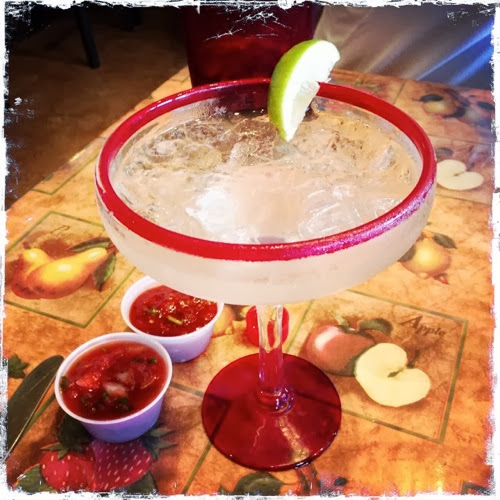 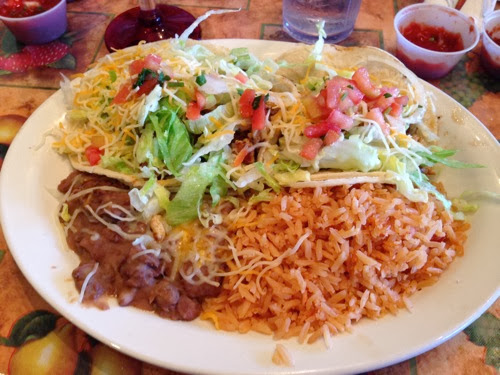 These were just ok as well. Maybe my run of good fish tacos is over?

We drove to the Aulani hotel and checked in just in time to meet some friends for dinner. We went across the street to a shopping center than had a couple of restaurants. One's wait was to long so we ended up at Corner Pizza. It was BYOW there. Bring your own wine. So we did. :) 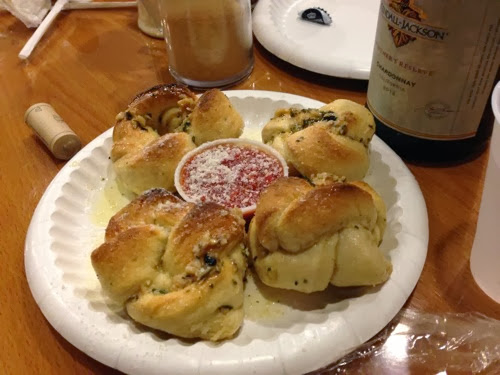 The salad was kinda lacking of excitement. 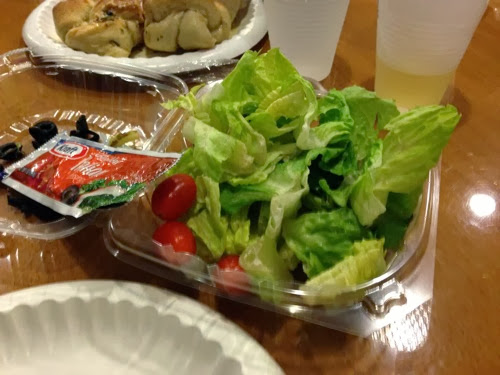 Packaged Kraft Italian dressing that was warm. No dice. Just when I started worrying about my meal…..this arrived: 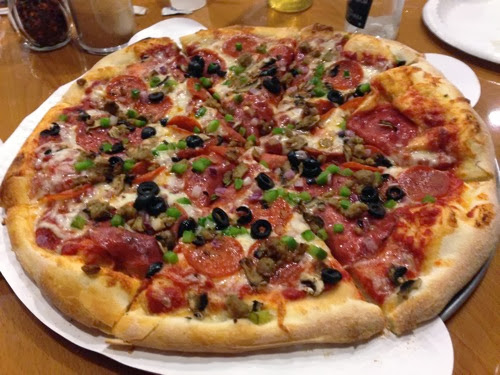 We ordered two different pizzas: one cheese and veggie for the kids and my husband (he doesn't like meat on his pizza) and this supreme one which might possibly be the best pizza I've had in a LONG time.  I couldn't stop commenting on how good it was. Perfection.

This morning we woke up to a great view of the pool area. 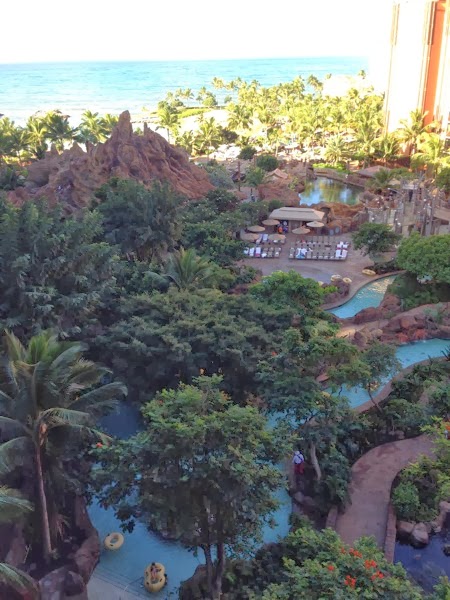 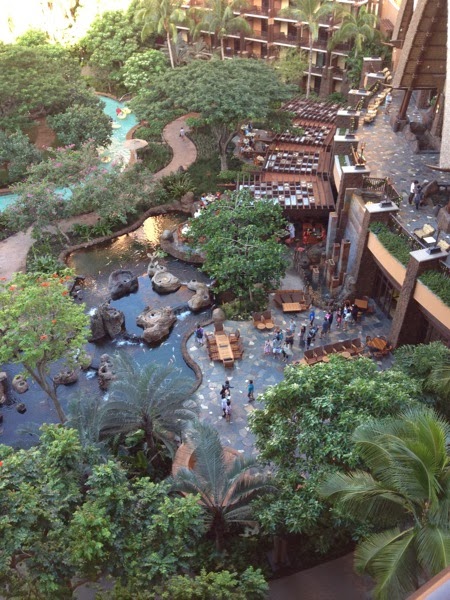 Breakfast was at the buffet and was a "character breakfast." The Aulani is a Disney property and many of the Disney characters were at the breakfast, walking around and taking photos. 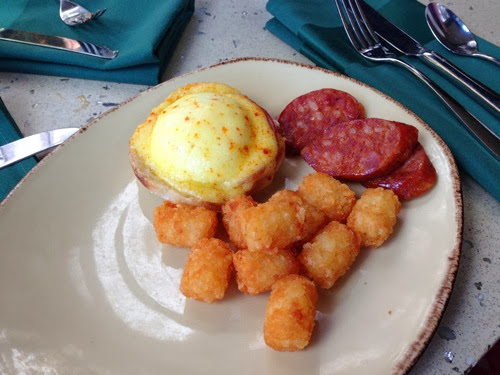 Eggs Benedict, sausage and tater tots I stole off the kid's buffet area. 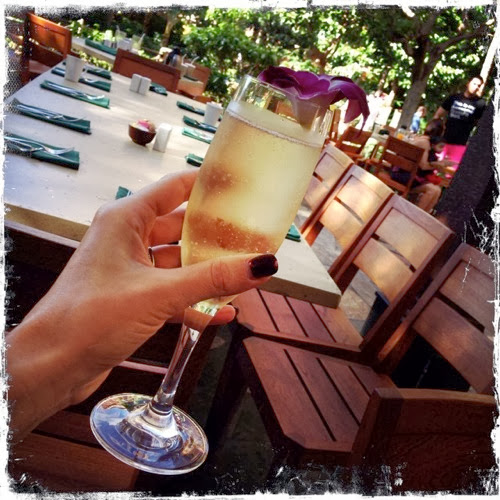 We ate breakfast so late that I was never really hungry for lunch. We all shared a beautiful fruit platter. 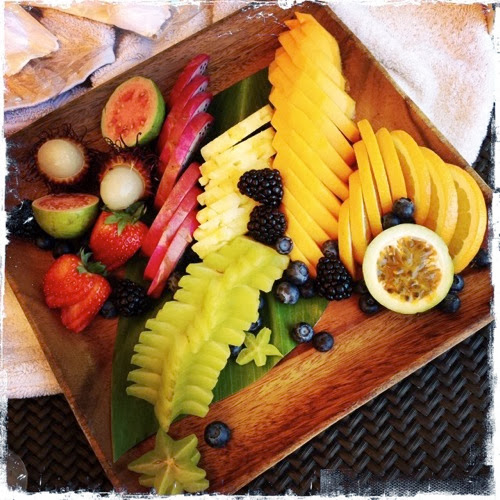 It was a beautiful day in paradise.

Where were you when the clock struck midnight on New Year's Eve?