Well…I'm back home from Hawaii now. Back to reality, I guess. I was super scared to step on the scale this morning but it wasn't as bad as I thought. Not the greatest though but could have been SO much worse!

Yesterday morning we ordered room service at our hotel, the Aulani. It was my daughter's 7th birthday and that was her request. After the previous week of eating whatever I wanted, I was starting to feel pretty crappy. I opted to go the healthy route for breakfast: egg white omelet with onions and salsa with a side of sliced tomatoes. I went with dry wheat toast which didn't get up getting eaten. 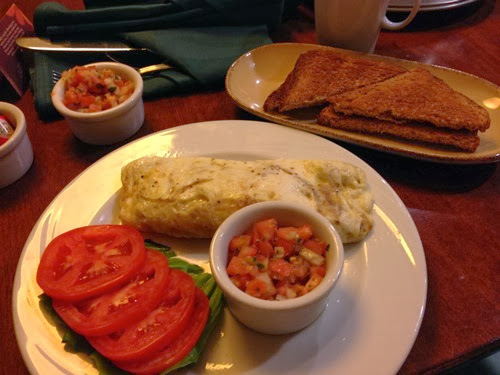 It was amazing how much better I felt after one healthy meal!

We watched the Chargers playoff game (go Chargers!), then headed to the airport. For the plane, I bought a California Pizza Kitchen Cobb Salad. 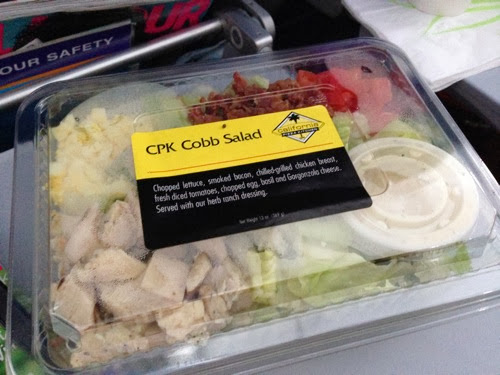 We finally made it home!

This morning starts off a fresh healthy eating plan. Need to dump the 10 lbs I gained over the 2013. Anyone with me?

The kids don't start school until tomorrow so I slept in a bit. I grabbed a Tiger's Milk bar before heading to the gym for Cardio Muscle class. 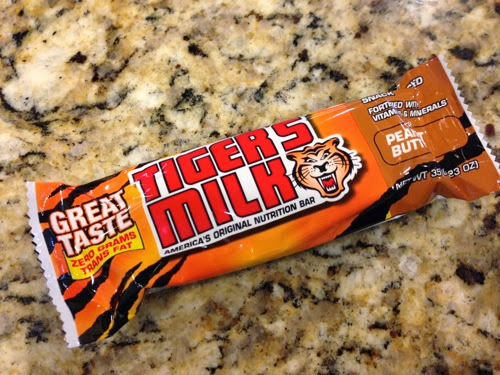 Afterwards I got groceries (lots of fruits and veggies!) and stopped at Wahoo's for lunch. I had my normal fish tacos except now they can make them "skinny" with lettuce instead of tortillas! 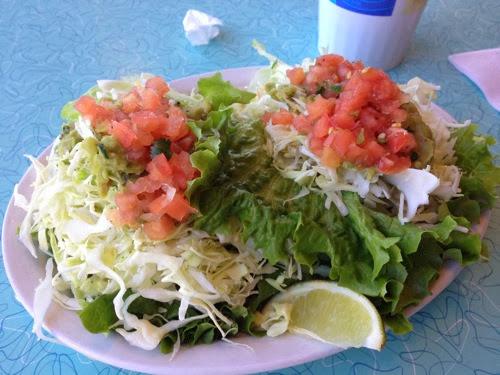 They were extremely messy to eat but delicious nonetheless!

Anyone else need to loose 10 lbs??