I’ve been to two parties in the last 12 hours. Both parties were very different from each other.

Party one was last night. It was a “White Party” at our club where everyone wore all-white. 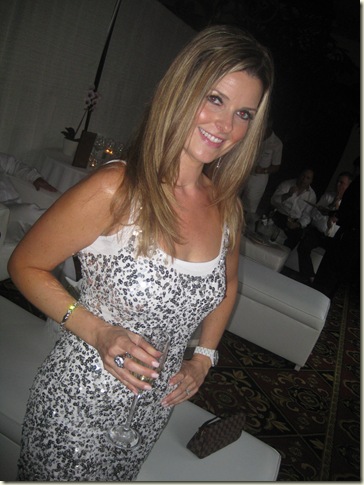 We were greeted at the door with champagne. There was a great DJ and we danced the night away. 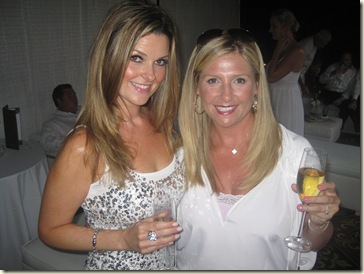 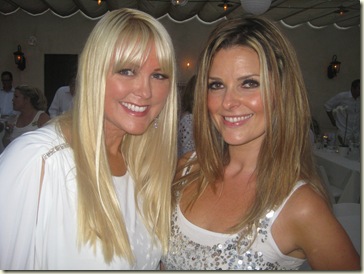 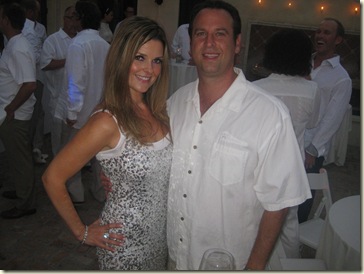 While the party was fun, it was seriously lacking in food. I saw a tray passed appetizer maybe twice. There was a small menu you could order from but no one was really sitting and eating so I passed on that. By the time we got home last night, I needed food badly. My husband went to Los Primos and picked up some seriously good late night Mexican food. I shared a bean & cheese burrito and taquitos with him.

This morning was party number two. It was totally different from party number one. It was a birthday party for twin one year olds. While last night’s party had no food, this party had an awesome spread! 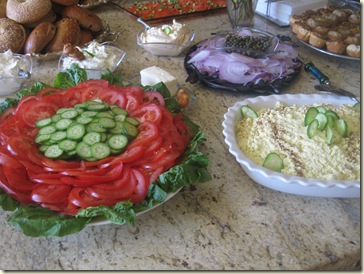 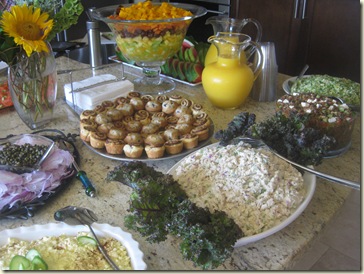 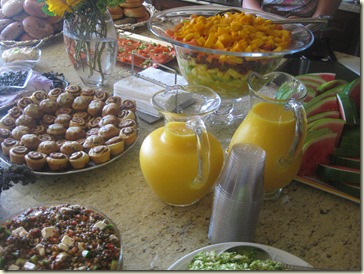 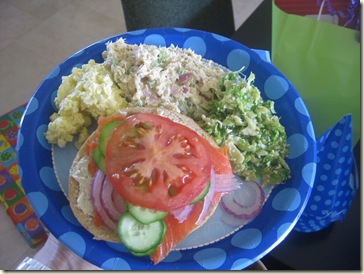 Just looking at that plate makes me want more of that. It was that good.

After the party, I went to the grocery store and now we are chilling at home. It’s too hot to do anything and I’m tired from staying out late last night.

Tonight we are going to go out to an early dinner and hopefully right to sleep afterwards. :)

What was the last party you went to?