And the eating continues…..

Tuesday night we met our friends at the Hamburger Factory in Poway. I enjoyed some wine and some hot wings (OF COURSE!). Even after our hot wing shenanigans from Super Bowl Sunday, I still managed to eat a bunch. 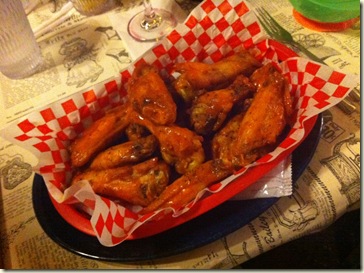 My husband and I like to eat our hot wings with ranch dressing so we asked for some. 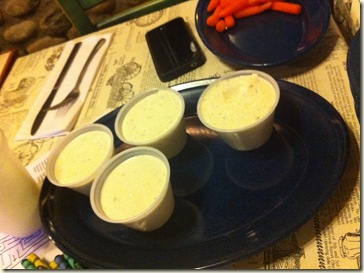 Some. Maybe he thought we like to bathe in it?

There was a new burger on the menu and it involved a lot of spicy ingredients so I had to try it. I got it with a turkey burger and  a wheat bun (with no butter this time) and it was a big hit! 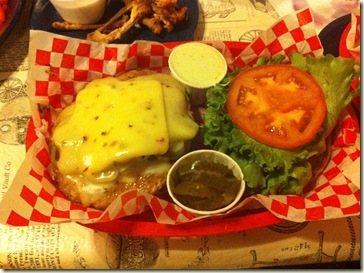 Yesterday morning’s breakfast was a toasted English muffin with Barney Butter and strawberries. 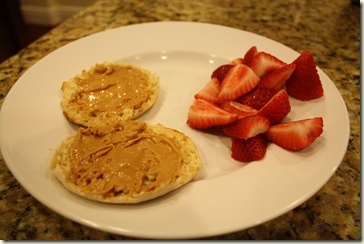 I took the kids to school and went to Lisa’s to start the 3rd (and final) video in the Slim in 6 series. Too bad the DVD didn’t work. :( I guess that’s what you get for ordering used videos from Amazon. I bought it WAY too long ago to complain. So…we did Shaun T’s Hip Hop Abs instead. I had never done that video before. While Shaun T was super entertaining (and not bad to look at), I found the video WAY too easy. I guess because he does the Insanity videos, I figured his other videos would be really hard too.

I came home to change and have lunch. I had some of the leftovers from the Skillet Chili Mac with Corn that I made the other night. 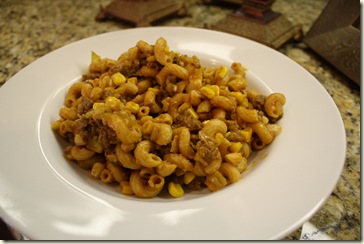 After lunch, I went to my wax appointment, ran some errands, picked up the kids from school and came home to get ready for my friend Cathi’s birthday dinner.

I drove most of us but was too lazy to take out my daughter’s booster seat so I made Cathi sit in it. It’s ok…she’s really little. :) 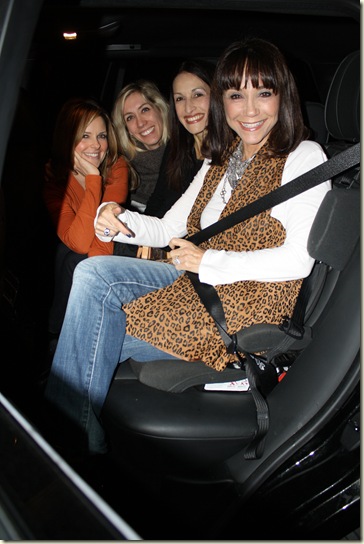 We went to one of our favorite sushi restaurants: Love Boat Sushi. 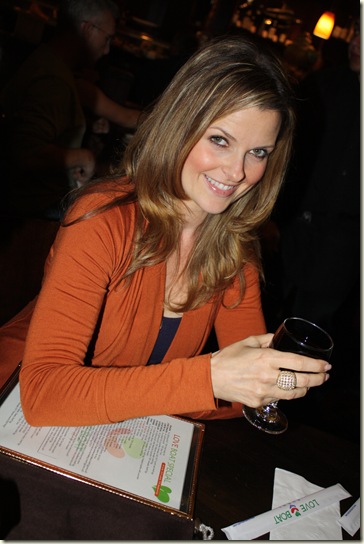 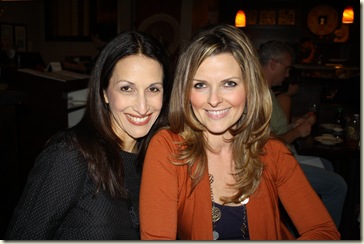 Everyone was really hungry so the ordering began. And so did the arrival of copious amounts of sushi. 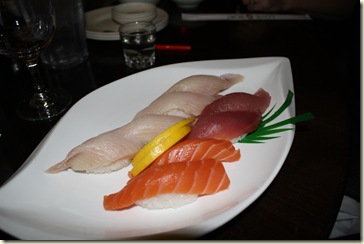 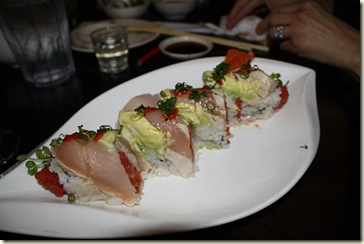 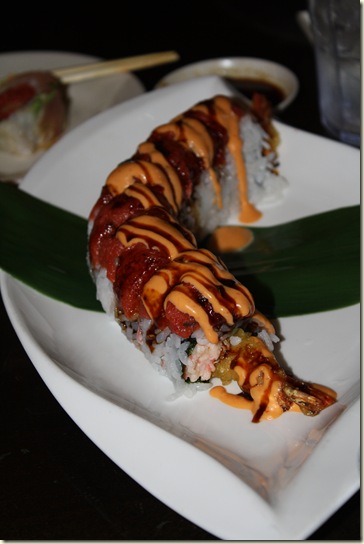 At one point, there was no more room at the table and the sushi just kept coming. Someone snapped a photo of me asking “Did we order all this!?!” 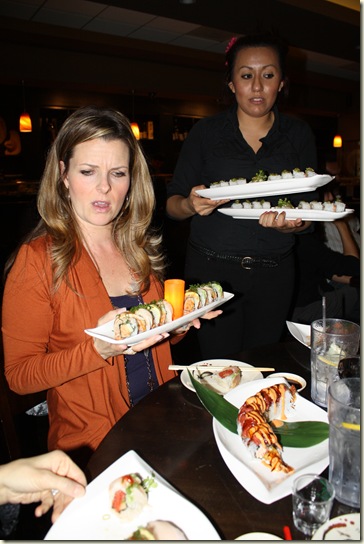 Once I got over my shock, it was time to get down to business. 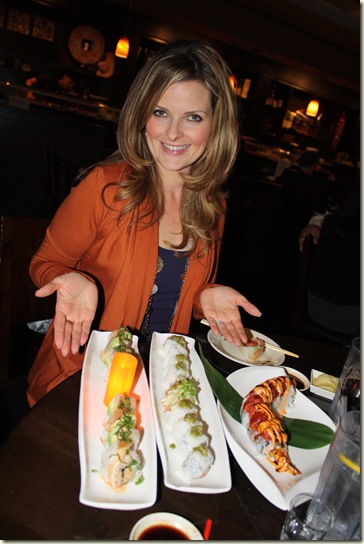 Love Boat Sushi is not only known for their awesome sushi, but their equally awesome birthday celebrations. They turn off the lights, put a strobe light on and play crazy music while the entire staff (adorned with funny hats) sings “Happy Birthday.” I think Cathi enjoyed it. 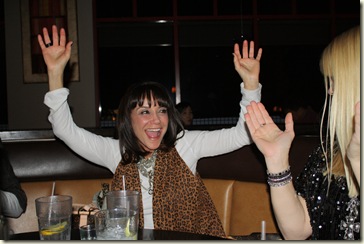 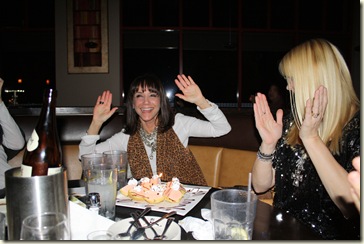 I think Lisa did too: 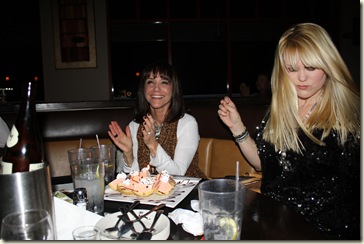 I’m not sure what party she was at but it looks like she was really into the music. :)

This morning I had Fage pomegranate yogurt with strawberries and raspberries for breakfast. 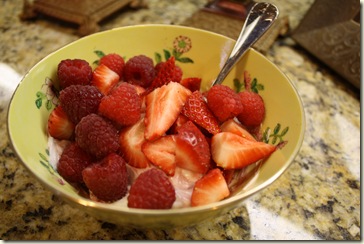 I took the kids to school and went to Zumba class. Then it was off to Subway for lunch. 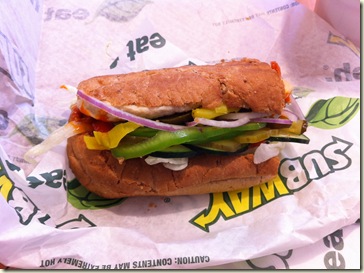 The rest of the day was spent running more errands and then picking up the kids from school. Tonight is dinner at home so I better get cracking!

FYI: Next Tuesday I’m having surgery (not serious) and will be out of commission for several days. You will have to make due without me during that time. Try not to be sad. ;)

Thought’s on Shaun T’s workout videos? Which one(s) have you done?