I hope everyone is enjoying their Saturday! I was able to cross a few things off my to-do list which always makes me happy.

Last night I tried a new recipe from the recent issue of Food Network magazine. It’s a lighter version of Sesame Chicken. 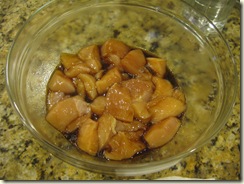 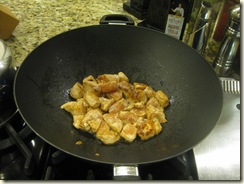 While the chicken was cooking, I prepped the other ingredients: 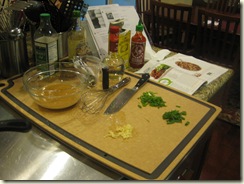 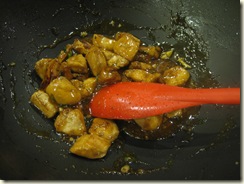 With some green onions (from my garden!) and sesame seeds to garnish: 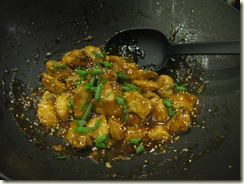 I served it with brown rice, broccoli and sugar snap peas: 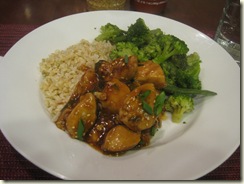 We really liked it! Go ahead and try it!

1. Whisk 3 Tbsp soy sauce, 2 tsp sesame oil and the honey in a bowl. Toss in the chicken and marinate 20 minutes.

2. Remove the chicken from the marinade using a slotted spoon. Heat 2 tsp canola oil in a nonstick skillet over medium-high heat. Cook the chicken in 2 batches, turning once or twice, until browned, 3 to 5 minutes (add 2 more tsp canola oil between batches). Transfer the chicken to a plate and wipe out the skillet.

4. Return the chicken to the skillet with the sauce and heat through. Serve the chicken over brown rice, if desired. Top with the sesame seeds and reserved scallion greens.

This morning I was awoken bright (actually dark) and early at 6AM by my son who was ready to start the day. Thank goodness for coffee.

Breakfast was a low-fat waffle with Barney Butter and cantaloupe: 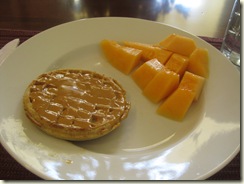 Several days ago (when it was cold and rainy) I planned on making Slow Cooker Chicken Taco Soup for dinner tonight. Even though it was 80 degrees today, I went ahead and made it anyway. Glad I did!

Before I left for spin class, I put everything in the slow cooker: 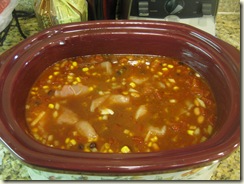 I came back from spin, fed the kiddos, took a shower and made myself lunch: 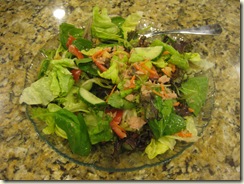 Then I spent a few hours transferring family photos from my husband’s work laptop onto CD’s. I’m still not done. Ugh.

I grabbed an apple on the way out the door to my nail appointment: 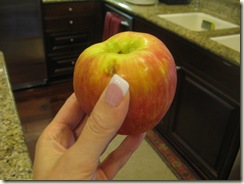 When I got home, I made the cornbread to go with the soup: 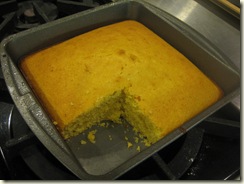 This was a new recipe as well and it was fabulous! I’m not a big cornbread fan but this one won me over!

The chicken taco soup was off the hook! 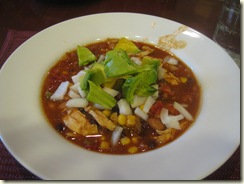 I topped mine with minced onions and avocado. Delish!

We are spending the rest of the evening watching the USC football game in front of the fireplace (which it’s also too hot for – not sure why hubby put it on but ok!).  Fight on Trojans! 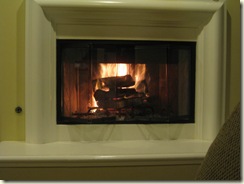 Do you use a slow cooker? Any favorite recipes?