137.6…Dinner with the San Diego Chargers

My husband and I were fortunate enough to be two of about 50 people invited to a special evening at the San Diego Chargers football team’s headquarters: Chargers Park. 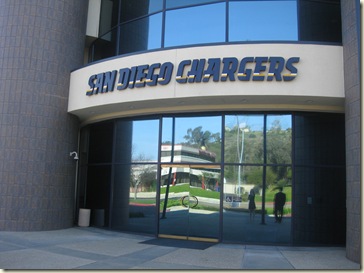 We arrived and walked into the building and were greeted with tons of photographs and displays containing awards and trophies. 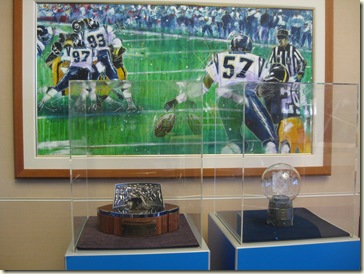 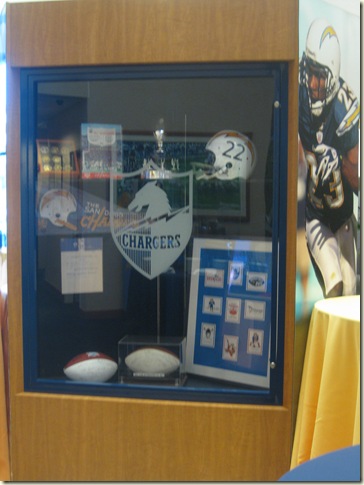 We were both given Chargers hats! 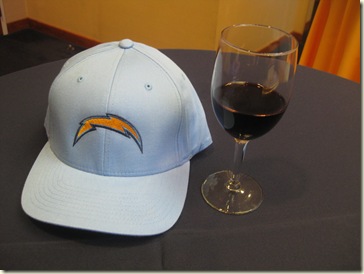 I ordered a glass of wine at the bar and made myself a little plate of appetizers. 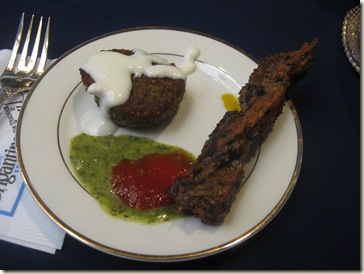 Crab cake and a steak skewer with chimichurri sauce. The steak was really delicious and tender. I wasn’t a big fan of the crab cake though. A bit dry and boring.

Some current and past Chargers players attended. Now, I like football but I wouldn’t recognize a player 9 times out of 10. The only way I knew when a player walked in the room was the “lack of neck.” All football players seem to missing a neck. ;) In fact, I was talking with a past player, Zeke Moreno, and I didn’t even know it until someone asked for his autograph. Oh well.

Eventually it was time for dinner. We made our way through a couple of rooms and hallways. 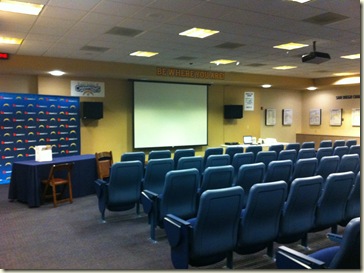 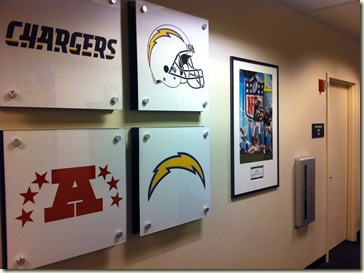 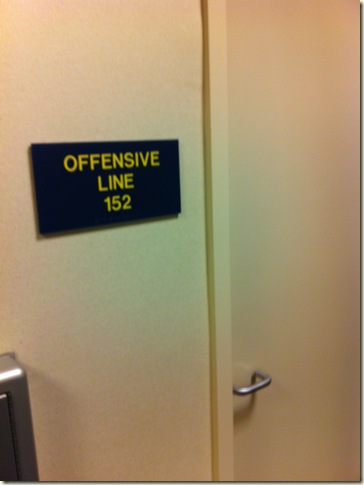 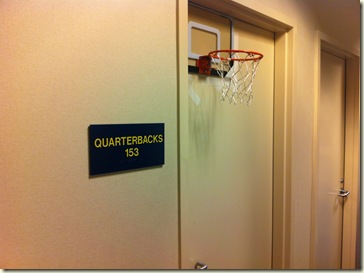 As we enjoyed our salads, we listened to past players talk about their experiences with the Chargers. 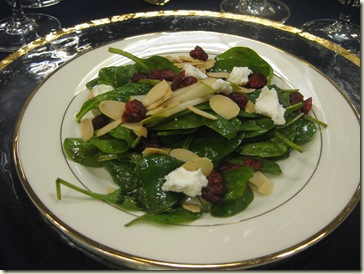 Dinner was “surf and turf”: 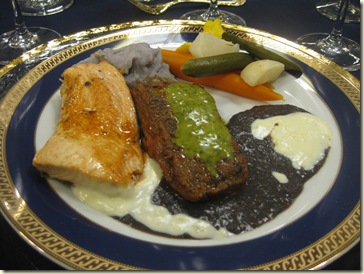 Salmon and steak (the same one from the appetizers with the same sauce), some sort of black bean puree and vegetables. There was also a puree of purple potatoes of some kind.  I wasn’t super excited about anything in particular until dessert arrived. 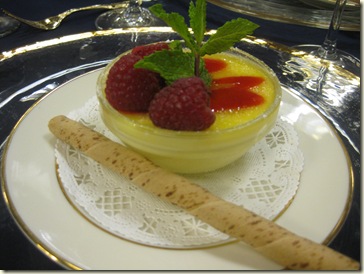 Crème Brulee. I enjoyed every bite.

The Charger’s General Manager, AJ Smith, explained how the draft process worked for them and where they were at at the current stage in the draft. 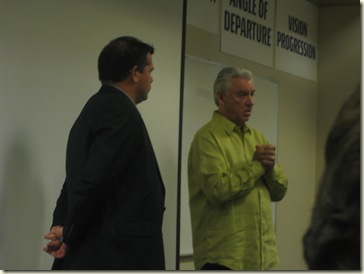 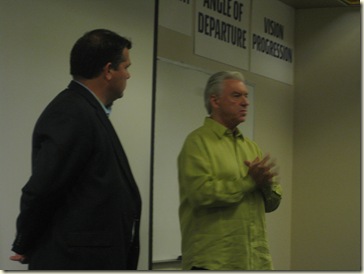 The head coach, Norv Turner, also spoke and signed our hats for both my kids!

I really enjoyed the evening. I found all the information to be super interesting and really felt the privilege to be there! 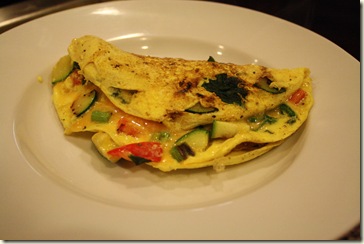 I took the kids to school and went to Starbucks for a latte before heading to cooking class at Great News. 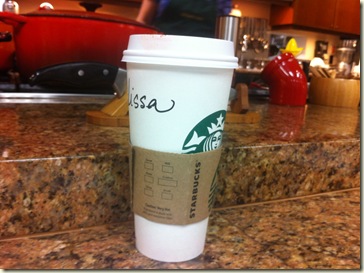 Today’s class was taught by my favorite instructor, Phillis Carey, and was entitled: Easy International Dishes-Italian.

The first recipe was Chicken Breast in Lemony Artichoke Caper Sauce on Linguini with Crispy Prosciutto. 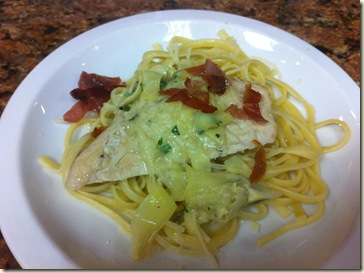 Loved this! The sauce was excellent. It would be great on pasta even without the chicken.

The second recipe was Quick Cioppino with White Fish, Shrimp and Mussels. 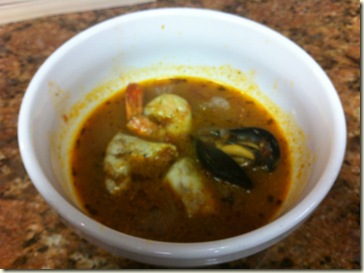 This was also very good. The white fish that was used was halibut.

The next recipe was Pork Scallopini with Sicilian Herb and Lemon Pesto AND Polenta with Sun-Dried Tomatoes and Pine Nuts. 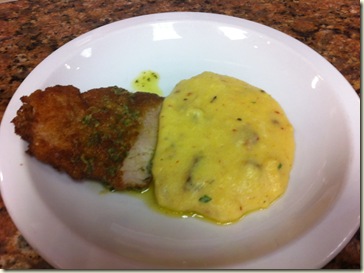 The polenta rocked. Loved the addition of pine nuts….it gave the polenta some interesting texture. The pork was crispy and I enjoyed the pesto sauce that was drizzled over it.

Dessert was Strawberry and Hazelnut Crostada with Marsala Cream: 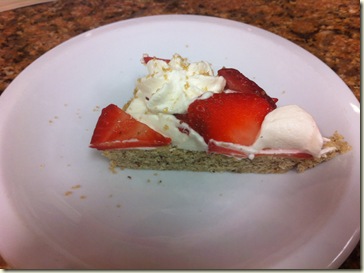 This was simple yet very tasty. There were crushed hazelnuts in the tart shell. You could use any nuts you want and change it up in so many different ways. Same with the whipped cream; instead of Marsala, you could use any liquor you wanted.

After class I picked up the kids from school and came straight home. I’m looking forward to a quiet evening in tonight!

Are you a football fan or could you do without it?