So…I’ve been out the last three nights in a row and I’m exhausted. I guess I’m too old for a social life.

Friday night I went over to my friend Cathi’s house before we went to the “Sex in the City” party. Cathi is such a fabulous hostess. She put out snacks and wine for us. She made a tzatziki dip to go with some asparagus spears. 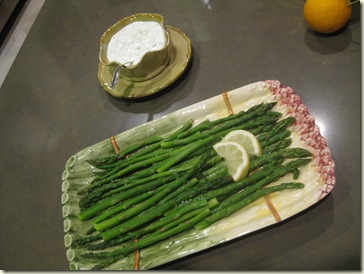 After I took this picture, Cathi brought out some crackers, cheese and salami as well.

Another one of our friends was having a “Sex in the City” party. You come dressed as one of the characters. I choose Carrie Bradshaw and based my outfit on a photo I found. What do you think? 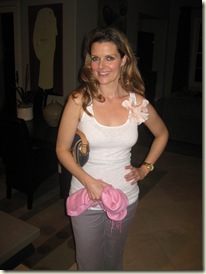 The party was a lot of fun. We drank Cosmos and had some sushi.  My friend had a ton of decorations around her house including this fabulous chair shaped like a shoe! 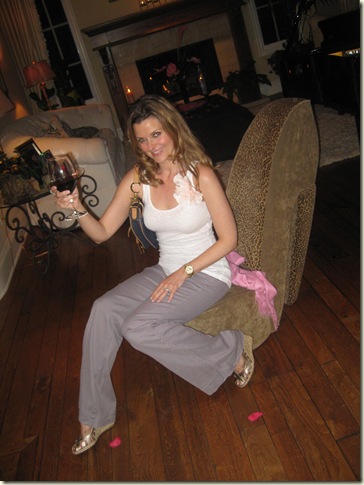 I stayed out WAY past my bedtime and paid for it on Saturday. It also didn’t help that my son woke up at 5:45 Saturday morning. Can you say coffee anyone!?!

Breakfast was simple and to the point. I didn’t even bother with fruit. 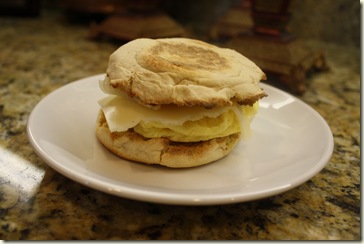 Egg beater sandwich with a slice of low fat cheese on a toasted English muffin.

I took my son to his tennis lesson and came home starving. I snack on a cheese stick and some Wheat Thins. 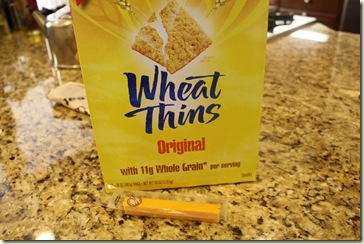 Lunch was a grilled cheese sandwich and tomato soup. 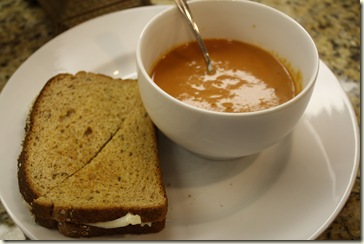 I took my son to boy scouts and came home to take a nap. I needed it….I had to go out AGAIN last night! My husband picked up my son while I got ready for our next outing: Jewish Family Services Charity Auction/Gala.

We got dolled up and made our way to the Hyatt in La Jolla. 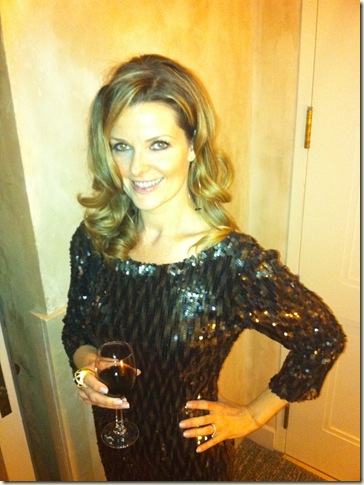 I look better than I felt. By that point I was really starting to feel under the weather.

But it’s nothing that a little champagne and sushi couldn’t fix! 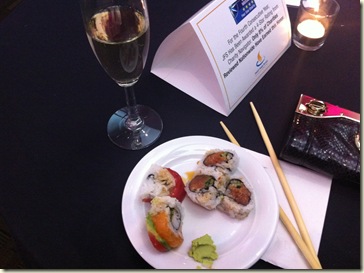 During the cocktail hour there was a sushi buffet. Be still my heart. See the plate above? I had about four of those.

The event had a bunch of silent and live auctions. This is the event where I won the Fighter Jet flight last year. This year I told my husband: “No Planes!” :)

Eventually it was time to go into the main ballroom for dinner. The room was decorated beautifully. I felt like I was at a wedding. Check out the floral arrangement at the table: 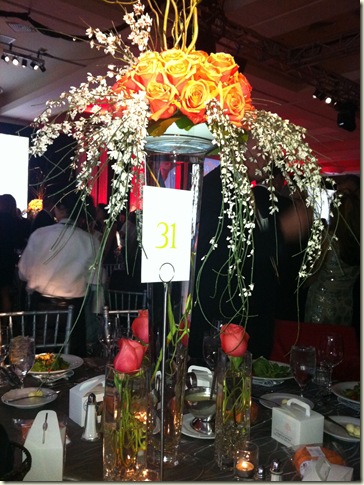 Our meal began with a spinach salad with cherry tomatoes, sautéed mushrooms and slivered almonds. 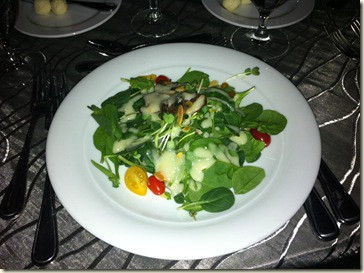 The entree was some sort of fish (I think it was sea bass) with various vegetables. 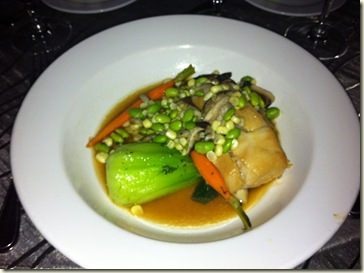 It was pretty good and seemed pretty healthy too.

However healthy it may have been, I reversed all its effects with dessert. 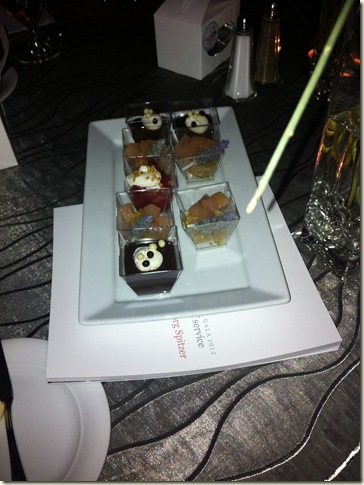 Dessert was served family style and they were little cups of various things: chocolate mousse, baklava and fruit and strawberry shortcakes. I enjoyed the chocolate mousse and baklava. Also at the table were these heart shaped rice krispy treats. I broke into that right away.

As soon as the event was over, I was beyond ready to go home. I felt pretty crappy so it was a Nyquil kind of night.

After a good night’s sleep, I felt a bit better this morning. For breakfast, I scrambled some egg beaters with broccoli, green onions and salsa and added some shredded cheese. 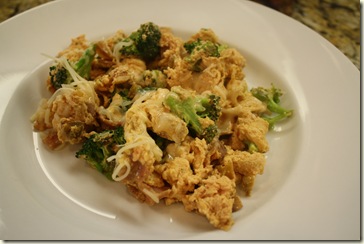 My morning basically consisted of getting dressed, putting laundry away and sitting on the couch.

Lunch was a turkey & Swiss cheese sandwich on wheat bread with a big salad. 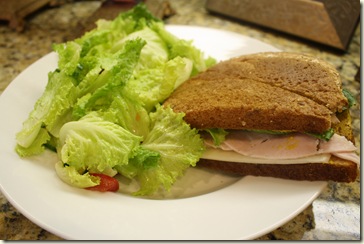 I think I’m going to bake some cookies then spend the rest of the day doing nothing. Have a great rest of the weekend!

Did you stay out too late this weekend?