Hello from Phoenix! The weather here is perfect and we are enjoying our family vacation.

Yesterday’s breakfast was a toasted English muffin with peanut butter and a side of cantaloupe. 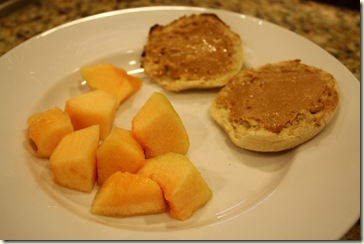 I took the kids to school and came home to get dressing and finish packing up for the trip to Phoenix. I picked the kids up from school early, picked up my husband from work and then we hit the road. The long, boring, never ending road, that is. It was about a six hour drive in the dessert. There was nothing but dessert, sand, cactus and weeds. Nothing else. Thank goodness for satellite radio or I may have lost my mind.

We had to get to Phoenix by a certain time so we drove through In N Out burger and ate it in the car. I ate a Double Double while driving so no photo. It was delicious.

We finally arrived to our hotel, got checked in and then made our way over to the US Airways Arena for the Phoenix Suns basketball game. My husband won two courtside tickets in an auction plus access to their VIP area where they had tons of delicious food served buffet style. 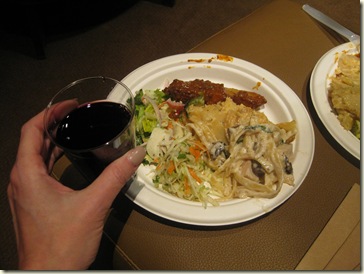 After we ate, my husband and son sat in the courtside seats while my daughter and I sat in the other two seats we bought which were pretty darn good too! 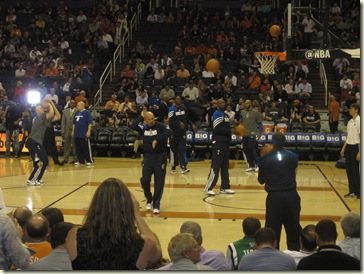 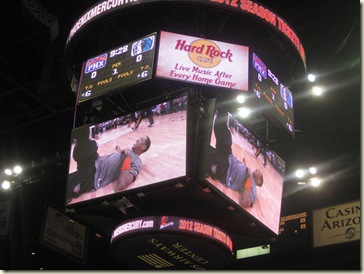 The Phoenix Suns were playing the Dallas Mavericks last night so I was a bit star struck to see Lamar Odom. We have been known to watch the Kardashian shows from time to time in our home. :) 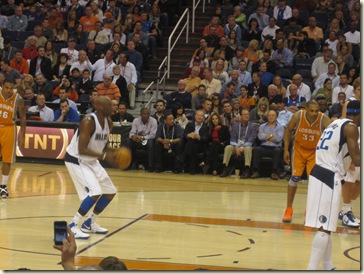 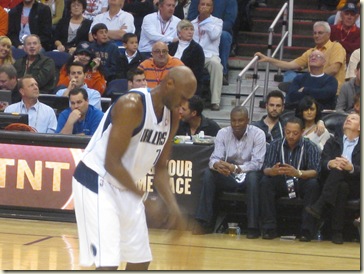 At half time we went back to the VIP area to enjoy some dessert. I shared a brownie with my son which didn’t make the camera. Then it was time for my daughter and I to switch to the courtside seats. We were in the corner but the seats were still great! 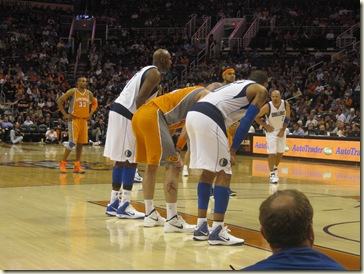 We didn’t get back to our hotel until super late so we went right to bed and slept in this morning. I love vacation!

Since it was so late when we woke up, we decided to skip going out to breakfast and go right to lunch after a bit. Since I’m not one to skip meals, I ate a Natural’s Chewy Granola bar that I brought with me. 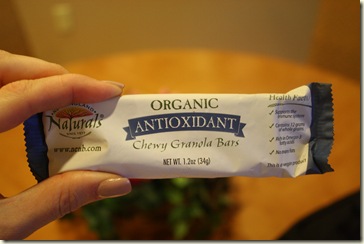 The bar was pretty good but nothing special.

We went to lunch at a Mexican restaurant by our hotel, Aunt Chilada’s. The name of the restaurant was cute but that’s about the only good thing I can say about the place. The food sucked. Plain and simple. The chips were ok but the salsa was bland and tasted like something out of a bottle.

I ordered the taco salad with shredded chicken (minus the sour cream and cheese). 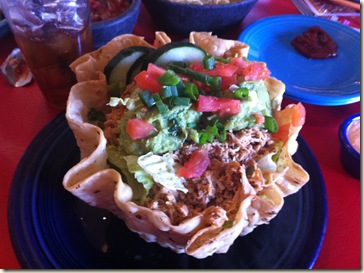 It looked good but it turns out it was basically just a pile of chicken on top of romaine lettuce. Thankfully there was guacamole on top and a small amount of tomatoes otherwise I’d just be eating lettuce and chicken.

My husband didn’t like his meal either. We asked for Cholula and ended up using the entire bottle on our food. Yes, it was the smaller bottle but still! I don’t think I could have eaten it without it. 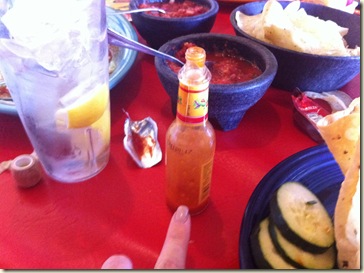 After lunch it was time to head to the pool. Our hotel has a lazy river and water slides so the kids had a blast! After awhile we declared it snack time. I ordered the “frozen fruit bowl”. 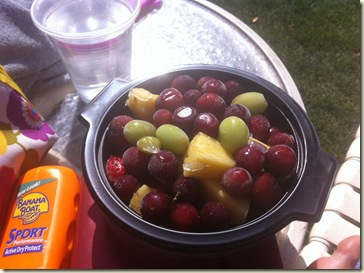 All the fruit was indeed frozen and it was a nice treat since it was so warm outside.

Now we are chilling in the room. I’m going to open a bottle of wine and relax! Enjoy the rest of your day!

What’s the most boring drive you’ve ever been on?