Happy Monday everyone! How was the rest of your weekend? Mine has been party after party. Mostly kid’s parties but parties nonetheless!

Yesterday morning’s breakfast was another egg beater sandwich on an English muffin with a slice of low fat Swiss cheese. I had some delicious strawberries on the side. 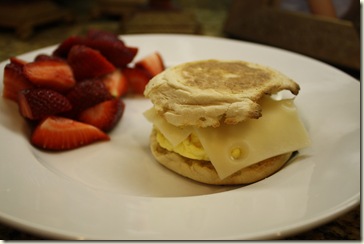 I picked my son up from his sleep over party and took him to another birthday party. While he was at the party, I went to the grocery store and to Starbucks for a latte. 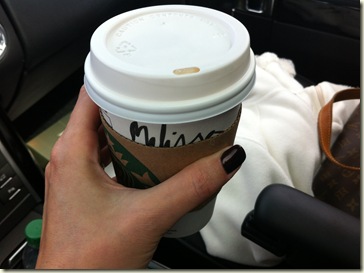 I brought my son home and headed out to my friend’s daughter’s first birthday party. As soon as I arrived I was greeted with tons of delicious food! 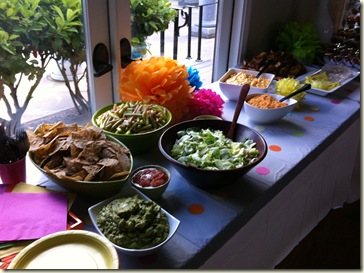 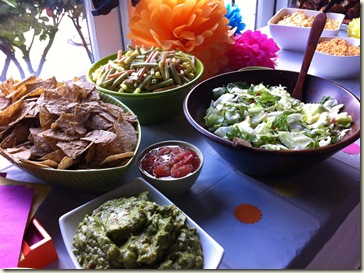 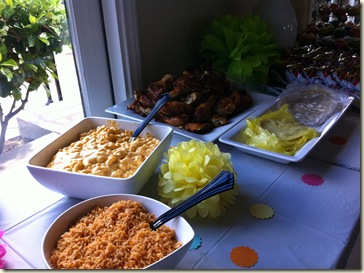 She had El Pollo Loco cater the event and I was more than excited. I tried a bit of everything. 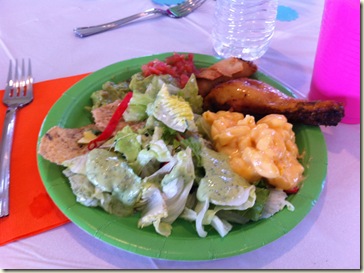 I really wanted to go back for a second plate (especially for more guacamole and macaroni and cheese) but I held back. I knew there would be excellent eats coming up later in the day…

One thing I couldn’t restrain from was the dessert table. 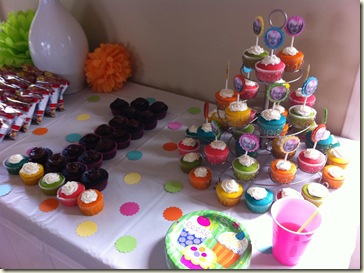 I had all the intentions of simply walking away from it but when my friends told me the chocolate cupcakes were worth the calories, I had to indulge. 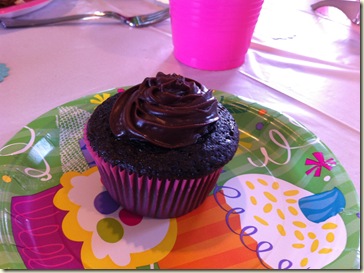 Yes. It was worth the calories.

After the party, I came home to relax for a bit before our next outing: HOT WING night!

We headed over to my friend Alicia’s house. I made sure not to forget my special glass. Wouldn’t be a hot wing night without it! 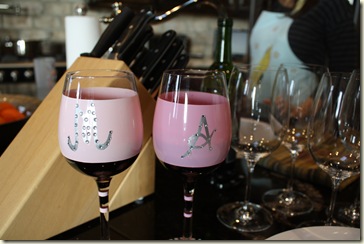 As soon as I entered her house, I could smell the fried fabulousness. 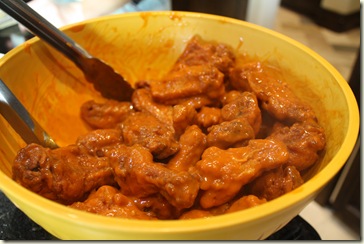 That is one bowl of happiness if I’ve ever seen one.

I made a Southwestern style salad to go with it. 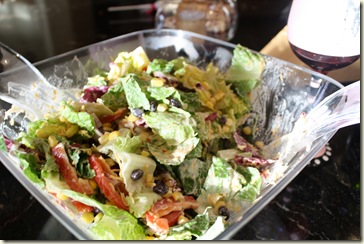 I recently bought Hidden Valley’s “Spicy Ranch” and used that as the salad dressing. I’m not big on bottled ranch dressings but this one is ok. Maybe it’s the spiciness that I like. :) 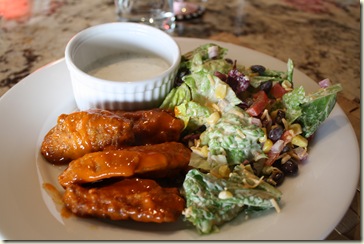 I ended up eating 11 wings. Definitely not a record. I think it was the big El Pollo Loco lunch I ate. Otherwise, I may have done some real damage on those wings.

This morning I kept things light with a bowl of Dulce de Leche Cheerios with almond milk and a bowl of strawberries. 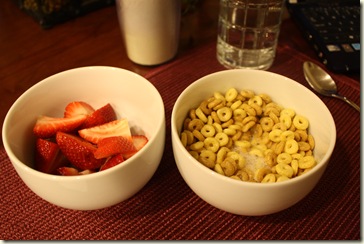 I took the kids to school and then  went to the gym. I did the boring elliptical for an hour and then came home to get ready for the next party. Our friends recently had a baby boy and today was the Bris (Jewish celebration).

After the ceremony, I helped myself to a buffet of  cold cuts, cheeses, breads, salads and fruits. 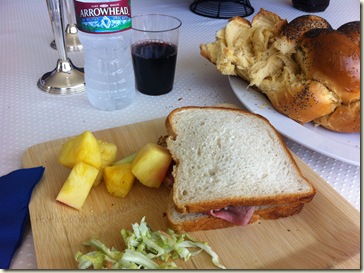 I made a roast beef and Swiss cheese sandwich with lots of spicy mustard. On the side I had some Cole slaw and pineapple. And yes, that’s a glass of wine you see. :) I didn’t eat any of the challah that also appeared in the picture but it was tempting.

You know what else was tempting? The dessert tray. I was told the chocolate chip cookies were good so I split one with a friend. I really wanted the whole thing (plus another one) but thankfully, at that moment, my husband announced it was time to go. :)

We have a friend visiting from out of town so we will be going out to dinner with him tonight. Ahhh…more food.