Sorry about the lack of post yesterday....we went to my sister in law's for dinner and as soon as we got home, we all went to bed. :)

Yesterday's breakfast was a light wheat English muffin with almond butter and a side of cantaloupe: 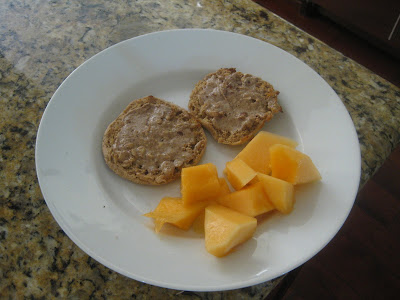 The almond butter I've been using is Trader Joe's raw almond butter. It's the first time I've used the raw version and at first I didn't like it. Now it's really growing on me! After that it was off to spin class where I left a very sweaty beast. Love that!!

Got cleaned up, had an apple for a snack: 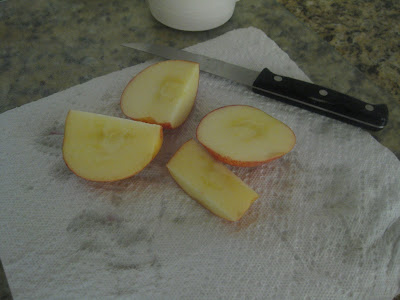 I headed over to Il Foranio in Del Mar for a cooking class on pizza! The class was held outside on their covered patio. I took a seat up front. They had all the toppings set up: 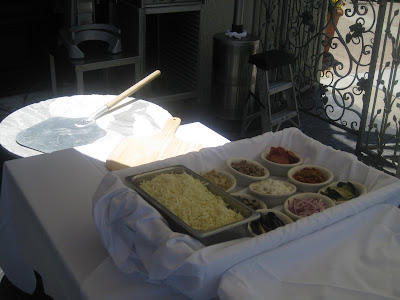 Our instructors were Walter & Carson.....they put on a great class! 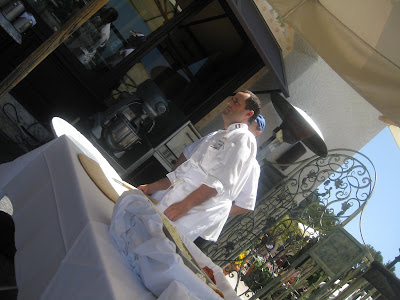 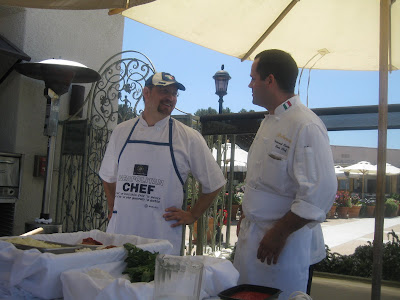 While they made the pizzas, we sipped on some Prosecco: 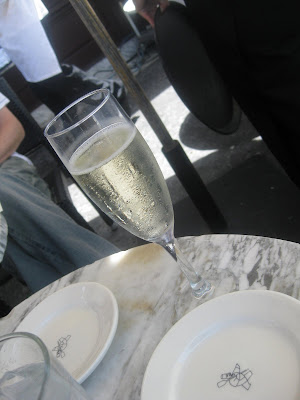 We learned how to make the dough and the sauce.... 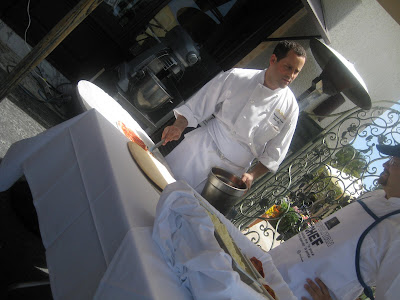 And the many variations of pizza you can make: 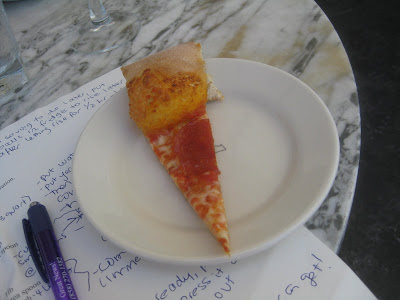 The first pizza was your standard pepperoni.

The next was a mushroom pizza: 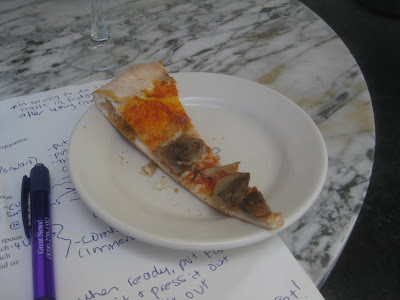 A pizza with zucchini, basil and roasted red peppers was next: 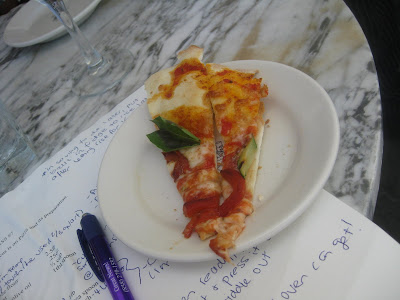 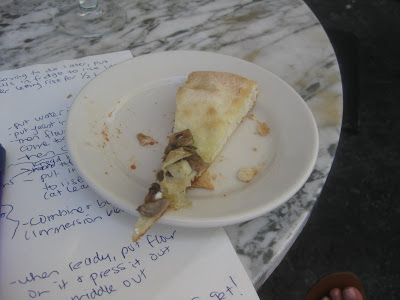 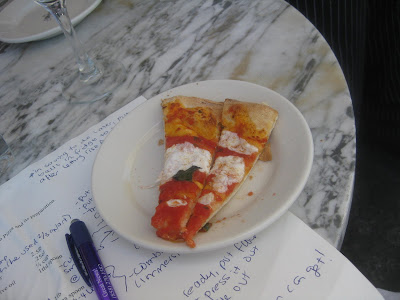 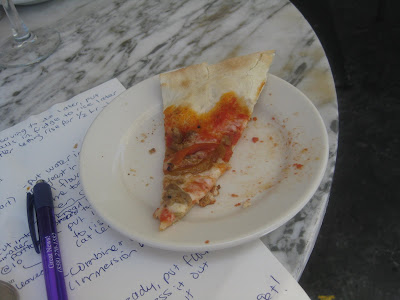 Not only did they make pizzas, but they also showed us other ways to cook pizza dough. Make it smaller and cut it in half after it's done and make a sandwich....this one has buffalo mozzarella, tomatoes, basil, arugula, kalamata olives and olive oil: 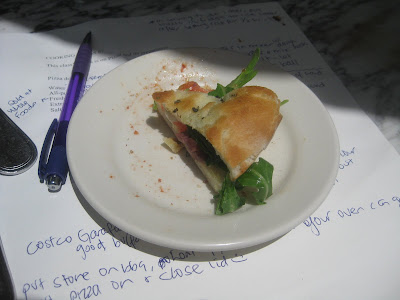 Delicious!!!! Everything tasted awesome! It was a fun class....I want to do pizza night at home soon!

I came home and was inspired to bake. I had some sugar cookie dough in the freezer that I turned into M&M cookies: 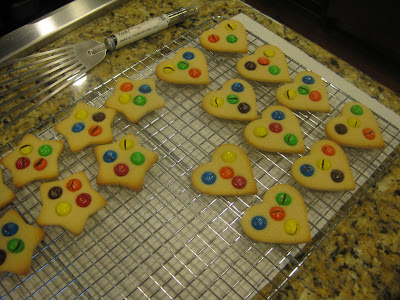 We brought these over to my sister in law's and the kid's demolished them!

The wonderful people over at POM sent me a case of their Pomegranate Blueberry juice to try! I decided to bake something with it. Their website has some great recipes! I chose to make their POM Spice Tea Cake: 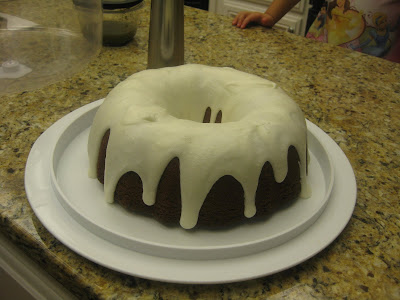 It was delicious!! The lemon frosting was a nice touch....it reminded me of the holidays. The recipe called for pomegranate arils to decorate the top but I didn't have any. I think this cake would be great for the holidays, especially decorated with the arils! I brought this cake over to my sister in law's and the adults liked this one. :)

I had a bowl of albondigas soup at my sister in law's: 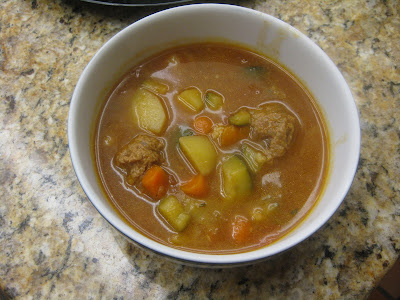 It was so good!!! I also had some rib eye steak and corn on the cob but I left my camera inside and we ate outside and I was too lazy to get it. You know how it goes. :) The kids chilled in their hot tub while the adults enjoyed the warm summer evening. I love summer nights!!

Hubby is golfing this morning so I'm relaxing in my pj's. :) I may do some more baking this morning (got some icky bananas that need a new home). We have a birthday party to go to later but that's about it. Enjoy your Sunday!
What do you do with over ripe bananas? I usually make banana bread but that is getting old. I don't like bananas by themselves or in smoothies so they need to be disguised in baked goods. :)
Email Post
Labels: almond butter Il Fornaio POM