Happy Fourth of July everyone!! I hope everyone is enjoying this fine holiday!! :)

We all had a great time at last night's barbeque. I put out some guacamole and chips to start: 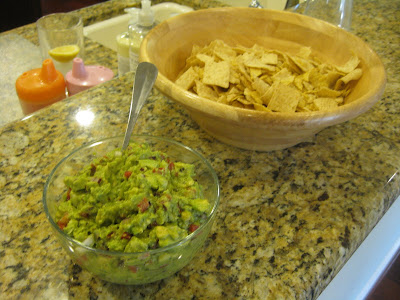 I made my favorite Barefoot Contessa recipe. I made the Curried Rice Salad that we had in cooking class a couple of weeks ago: 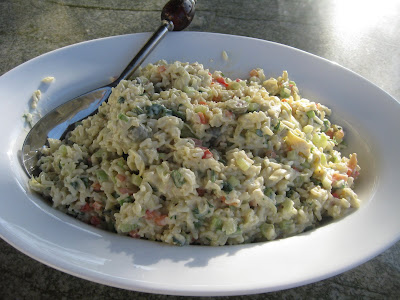 Yum! If anyone wants the recipe, please let me know! I also made Cumin Turkey Burgers and corn on the cob: 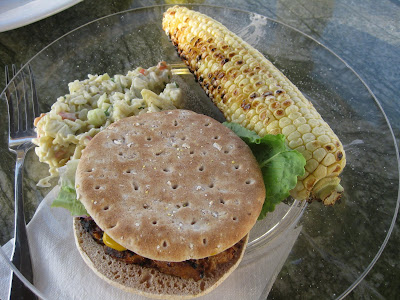 I had my turkey burger on a sandwich thin. They were great turkey burgers! The only change I made was to use half the amount of cumin (as suggested by several of the reviews). I had a glass of Chardonnay with my dinner and had one bite of the cream cheese swirl brownies. They were fabulous. :) You gotta try them!!

Breakfast this morning was face rocking. An egg white omelet with zucchini, red onions, tomatoes, spinach and mushrooms topped with some of last night's guacamole. I had some sliced tomatoes on the side and topped everything with Tabasco: 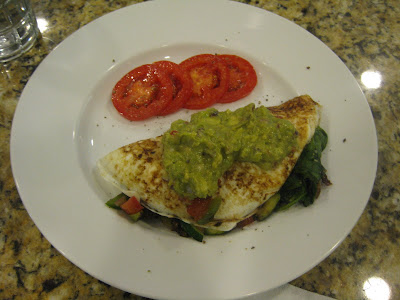 I basically spent the whole day cooking/baking stuff. It doesn't get better than that for me. :) I had a couple of yucky bananas so I made another banana bread (Pillsbury cookbook recipe). Lunchtime rolled around and I heated up some of Hungry Girl's 10-Alarm Chili that I had in the freezer as well as leftover turkey burgers from last night. 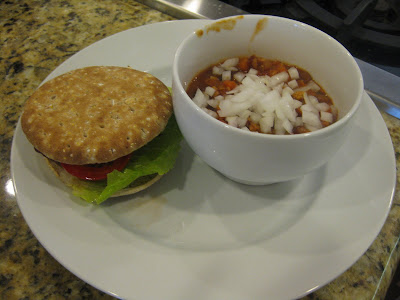 I went to the grocery store to get some food for tonight's dinner and for a baking project......

For a snack, I had hummus and carrots: 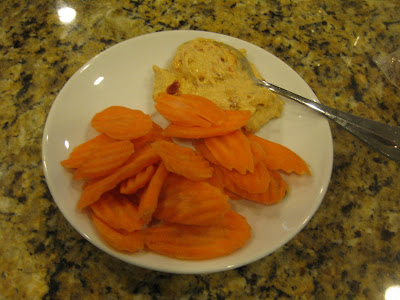 Hubby wanted an apple pie so that's what I made. I used the Grandma Ople recipe from allrecipes.com: 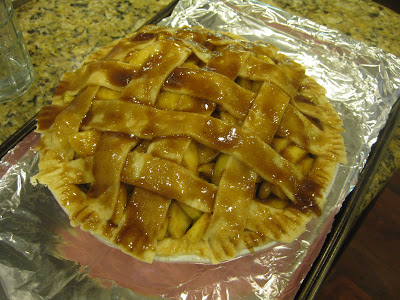 I added 1 tsp vanilla and 1 tsp cinnamon to the butter mixture and mixed most of it with the apples before adding it to the crust. I brushed the top of the crust with the remaining mixture. I used the pie crust recipe from the Pillsbury cookbook. 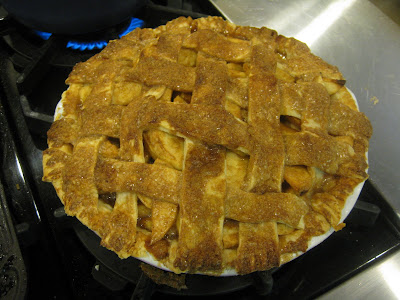 I had a bite of hubby's and it was FABULOUS. Best apple pie ever.

Then it was time to throw dinner on the grill. We decided to stay home and keep it low key this year. While grilling, I had a glass of Chardonnay. Nothing too crazy for dinner: chicken kabobs, corn on the cob and baked beans. And I forgot to take a picture. Oh well.....

After the kids go to bed, hubby and I are going to hit up the jacuzzi and hopefully we'll hear (maybe see?) some fireworks? Have a great evening!!!

Do you have tomorrow off? The kids don't have camp and we have no plans. :)
Email Post
Labels: sandwich thin