Thank you so much for all your well wishes! I feel SOOOOOO much better today. Yes!!!!!

Yesterday evening, I finally pried myself out of bed to make some dinner. All I wanted was penne with marinara sauce. So...voila! 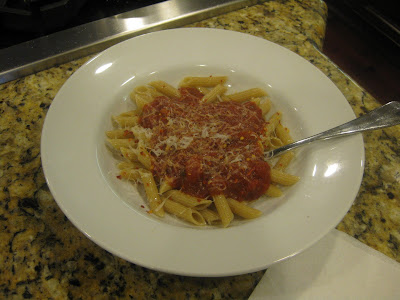 Whole wheat penne with marinara sauce and some romano cheese. It was a bowl of heaven!

My appetite was back this morning (should I be happy about this?) and I was craving an egg beater sandwich. I put it on a bagel thin with a slice of low fat Swiss cheese. On the side was some watermelon & cantaloupe: 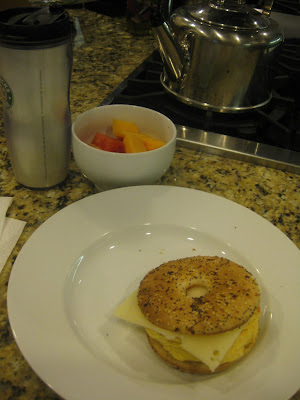 I took the kids to camp and went to Zumba. I'm still not 100% so I was really dragging in class. I burned about half the calories I normally do. Oh well....at least I did something! I changed and went to the mall. I had Subway for lunch: 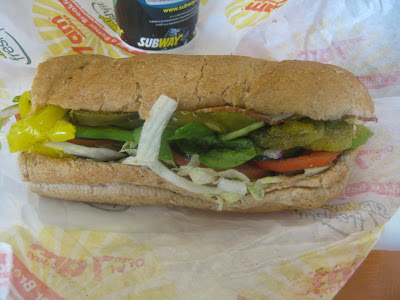 I had to buy my son some new clothes for school next month. He is starting kindergarten and they have a certain dress code so I needed to buy a bunch of stuff. I may have also bought a few shirts for myself. :)

Then there was a glorious moment: 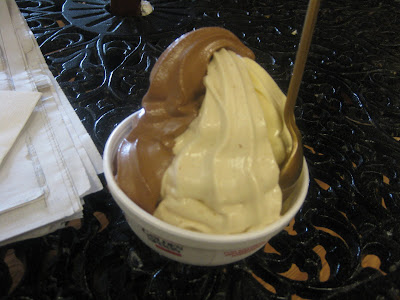 Golden Spoon frozen yogurt...be still my heart. I had the BEST combination today: Graham Cracker (love this one!), Just Chocolate and Cake Batter. Then it was grocery time...we are having another barbeque this weekend (18 people!) so I needed a ton of stuff.

When I got home, I started baking for this weekend. I decided to make these Chocolate Oatmeal Almost-Candy Bars. I don't know where I originally got the recipe but you can see it here. I haven't tried one yet but they are still cooling but check it out: 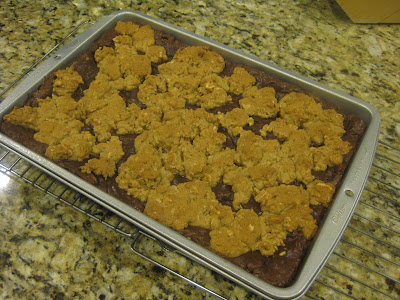 After they came out of the oven, we took the kids to Pei Wei for dinner. If you ask my son where he wants to go to dinner, he will always say, "Noodles!" which means Pei Wei. I had my standard kid's size honey seared shrimp with brown rice and veggies: 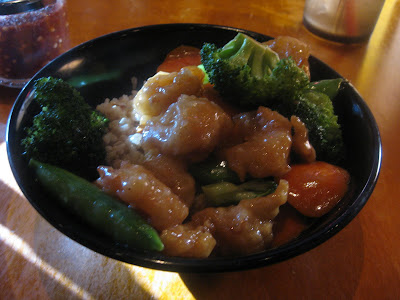 That's that. I'm excited to go to bed tonight. I'm still a little tired and weak. I need my energy for some serious cooking this weekend!

Did you ever wear uniforms when you were in school? I had to wear uniforms from kindergarten through high school. It was weird in college when I finally could choose my own clothes!!
Email Post
Labels: Bagel Thins Egg Beaters Golden Spoon Pei Wei Subway Zumba