So last night I had to try the Chocolate Oatmeal Almost Candy Bars: 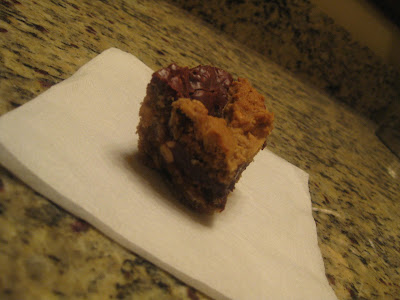 Wow! Crazy yummy but very rich! I cut a small piece and only ate half. The rest are chillin in the fridge. I wasn't crazy about the raisins in them so I'll leave those out next time.

After a great night's sleep, I woke up feeling almost 100% better. Breakfast was Ezekiel toasted with almond butter and a side of watermelon and cantaloupe: 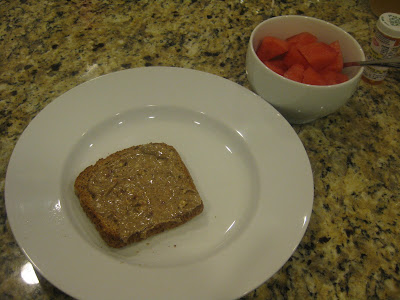 I took the kids to camp and then went to Cardio Muscle class. I decided to skip Zumba...I had too much cooking to do. I came home, cleaned up, started the many piles of laundry and made lunch. I really needed to clean out the fridge so I ate the rest of the pasta that I had the other night: 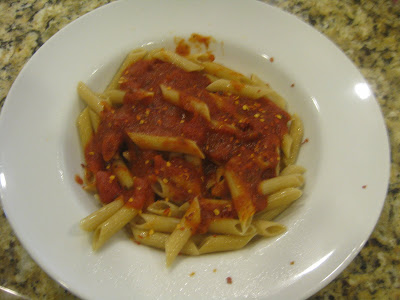 Then, the cooking began. I first made Paula Deen's Monster Cookies minus the raisins: 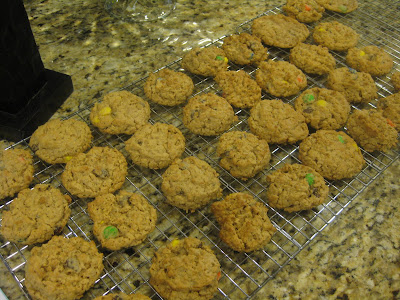 I've made these before...fabulous....they have everything in them! Then it was off to pick up the kiddos from camp.

Next up was the chili. I used this recipe...never tried it before but the reviews looked great! 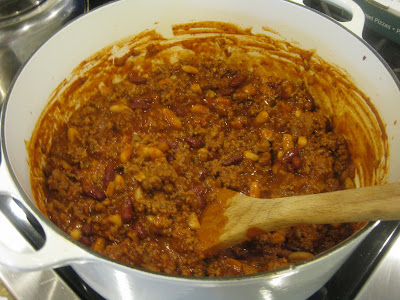 I tried a little taste before I put it in the fridge. Tastes great! Yes!!

Forgot to mention that during all this cooking, not only did I have my two little ones but my sister in law's four boys too (their parents are at an event tonight and will watch our kids on Sunday). So dinner was a no-brainer: pizza. I ordered cheese for the kids and veggie for me. Here is the first of two slices with a side of ranch. I love ranch dressing on my pizza! 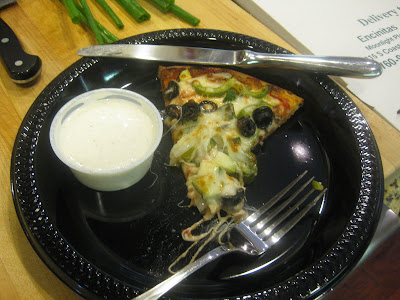 After dinner, I made a 4 Layer Dip. The recipe is called a 5 Layer Dip but a lot of us don't like the black olives that the recipe called for so I left them out: 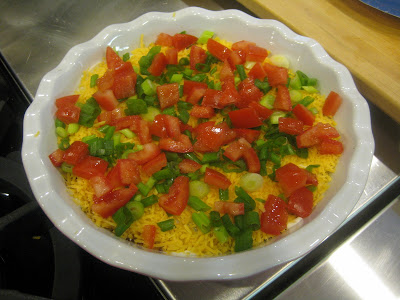 After that I made tons of lemonade and a french onion dip (sour cream & Lipton Onion Soup Mix) for chips.
I have 6 kids to put to bed tonight....hubby isn't coming home until later. I think it's time for a vacation don't you? :)
What are your weekend plans? I've got the bbq Saturday night (by the way, the people count is now up to 19) and on Sunday, hubby and I are going to the Del Mar Racetrack with some friends.
Email Post
Labels: almond butter Ezekiel