Breakfast was egg beaters with a Laughing Cow wedge topped with taco sauce on a wheat English muffin with some strawberries. 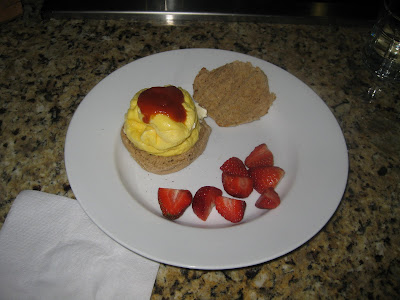 After taking the kids to school, I came home and wrapped the rest of the holiday gifts that were overtaking my closet. So glad that's done!!!


I threw on some nice clothes and met my hubby and his mom at my son's school for his Hanukkah concert. My son does NOT like us to come to his school events. I think it embarrasses him. I don't know....he's only four. Well, we could NOT miss his little concert so we all went and hid in the back. We spent the entire time crouched down in the back. I'm sure people thought we were weird. I think my son spotted my husband but we played it off later and all is well. Glad we went!!


We took him and his sister to McDonalds for lunch. I had the Southwestern salad with the low fat balsamic vinaigrette. 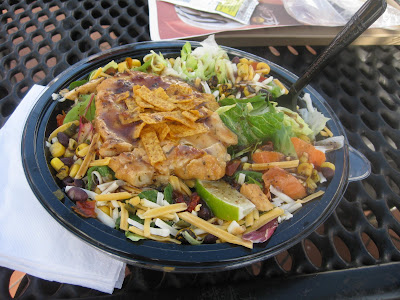 It was actually pretty good. After that, we came home and did the Hanukkah thing and then I had to take the kids to get their H1N1 flu mists (FINALLY!). They handled it pretty well fortunately. My mother in law then took them to meet my sister in law and her kids at a Hanukkah party so hubby and I had a chance to grab some dinner alone. Nice! We went to Cafe Luna in Carmel Mountain. The last time we went we had the kids with us so this was much more relaxing. Hubby and I split the Caprese salad just like we did last time: 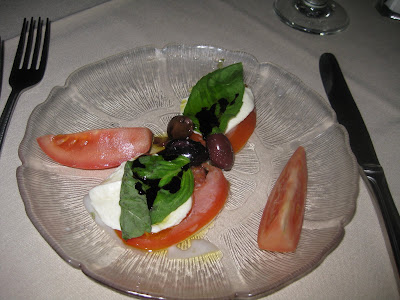 Then I had a delicious pasta!!!! It originally started with fusilli and no shrimp but I changed it up: added shrimp, changed the pasta to linguine and had them make it extra spicy. The sauce was a rose cream sauce. It was off the hook. For real. :) 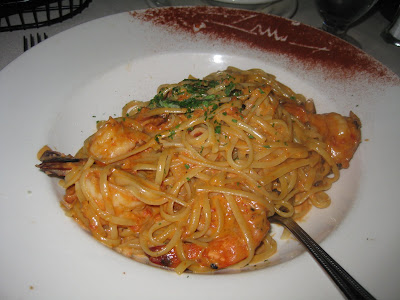 I had an unpictured glass of chardonnay. I've been on another wine streak. The madness needs to come to an end....but it won't tomorrow because.......
It's my BIRTHDAY! Yup, old mama is turning 33 manana. That being said, it's 8:30PM and I'm going to bed.