Hello!!! I hope everyone had a nice Christmas holiday! Sorry for the lack of posts but it's been a little busy!! Let's rewind back to Christmas morning. My dad made his famous Bloody Mary's: 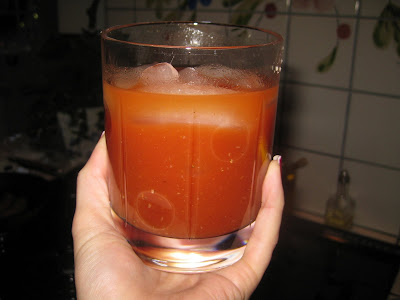 Then only thing I did differently is that I didn't flip it over into another pan. I cooked it almost all the way on the stove and then put it under the broiler for a few minutes until it was set. 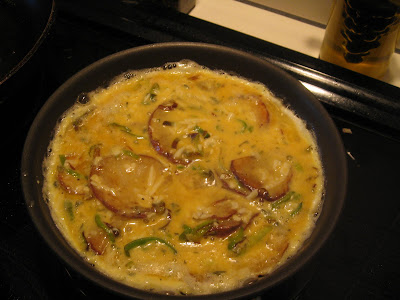 Then I flipped it over onto the platter. Tah Dah: 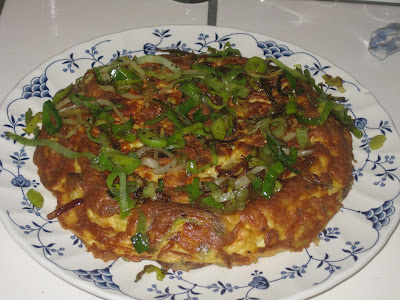 My mom made Cinnamon rolls and Orange rolls: 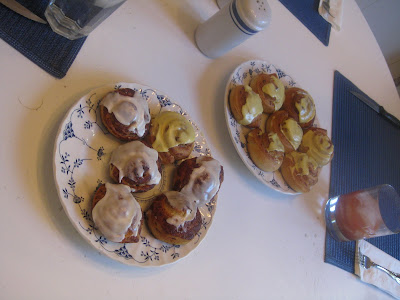 We also had some Trader Joe's Chicken Andoille sausages on the side. It was a yummy breakfast! 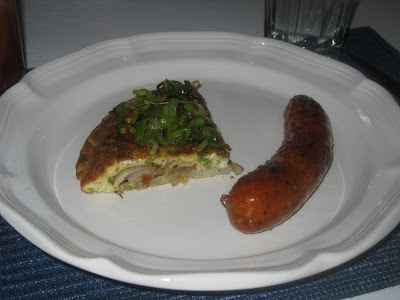 Then the gift opening began!!! We listened to Christmas music and hung out the rest of the day. My hubby and kids came over and they opened their gifts. Then it was time to get dinner ready. I made a prime rib: 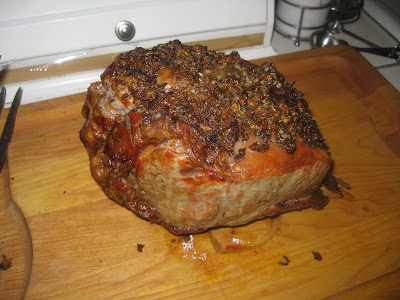 I put a marinade of garlic cloves, olive oil, thyme and salt and pepper on it. There's a curse of the Christmas prime rib: I always over cook it. It doesn't matter if I use a meat thermometer or not. This year was better because I took it out a lot earlier but it still managed to be more of medium than medium rare.

Alongside was my mom's yummy mashed potatoes and gravy and peas. I put some A1 and horseradish on the side of my primer rib. We enjoyed some champagne that my hubby brought. I picked the rarest piece of prime rib since the rest of my family likes it over cooked. :) 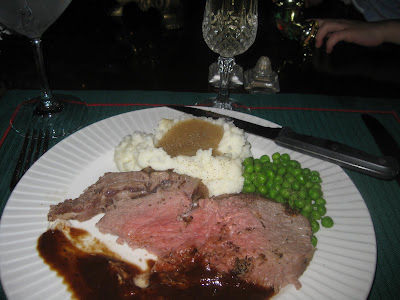 And that was that! It was a fabulous Christmas as always!! The next morning I had some toast with peanut butter: 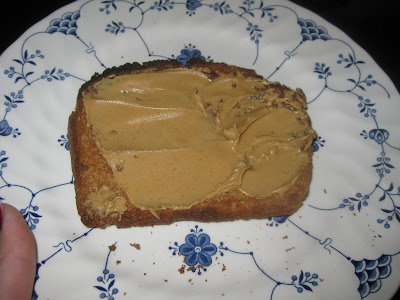 Then we all packed up the car and drove home. I was hungry when I got home so I had the last two slices of leftover pizza. 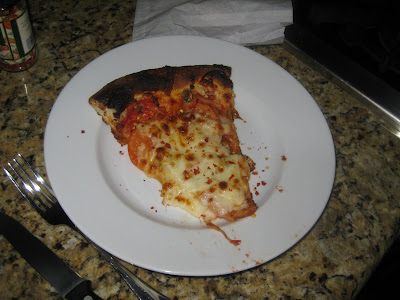 Then I had to brave the mall to buy my daughter clothes for Big Bear. I didn't realize her stuff was too small. It wasn't so bad...I got a parking spot right up front, right away! yeah!!! Then I went to Sports Chalet to get me a few things for the snow. I picked up a latte at Starbucks on the way out. Mmmm. Next it was Costco, Trader Joe's and Ralphs. I actually got in and out of all those places quite fast!
I came home and unloaded everything and we went over to my sister in law's house for dinner. I forgot my camera but we had a lot of yummy things! I brought over a Mexican layered dip from Costco which was quite good! She made these little chicken taco things from Trader Joe's and they were excellent. They were perfect with the dip I brought. I also had two glasses of red wine and some chocolate cake and ice cream that my sister in law made. Mmmmmmmm.
And....I didn't sleep well AGAIN last night. I have no idea why this is occurring. Oh well. I have a lot of cooking to do before our Big Bear trip tomorrow!!
Email Post