I’m back in San Diego after my trip to Punta Mita, Mexico. We arrived late last night after a pretty easy day of traveling. I was really sad to leave our beautiful hotel room at Los Veneros and our private pool! I am glad to be home though. I need to get back to the gym and start eating some fruits and vegetables. The only fruits and vegetables that I ate the entire trip was whatever was in the guacamole that I ate every day. I was completely obsessed with guacamole. I wanted it at every meal.

Sunday night we ordered room service. I split mini steak burritos with my husband. It came with guacamole which I devoured with a ton of tortilla chips. 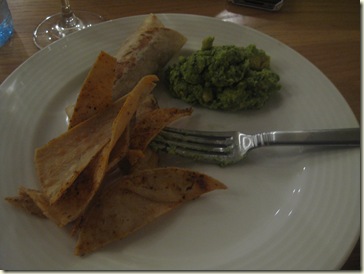 Monday morning I ate half a bagel with peanut butter for breakfast. 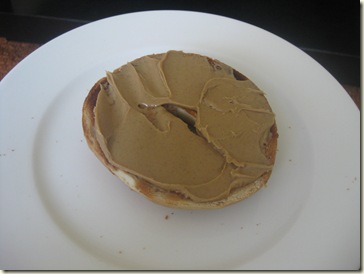 We swam all day long. I could stare at this view forever. 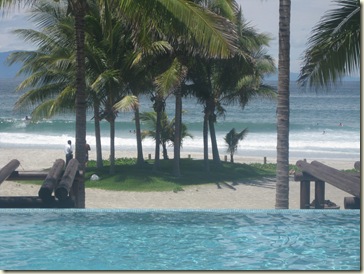 We ate lunch by the pool. I split nachos with my husband. 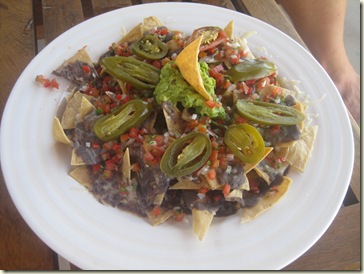 Later that night we ordered room service again. This time I ordered the mini shrimp burritos which came with more guacamole. 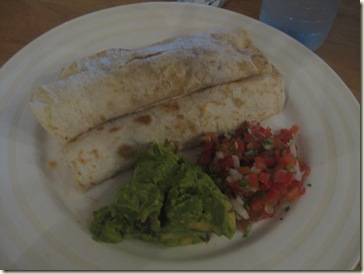 I discovered some pretty amazing hot sauce while in Mexico: 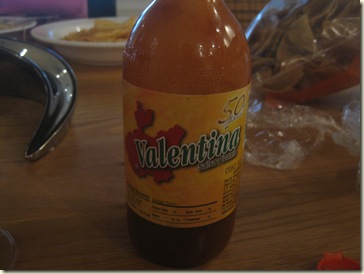 Valentina. It is very similar to Cholula and I dominated this bottle while we were there.

Tuesday morning it was the same bagel again for breakfast. 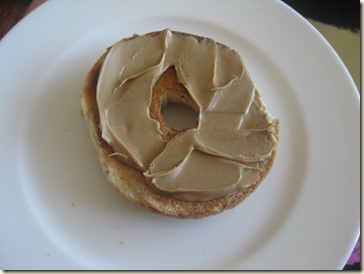 We found out some of our friends were staying at the Four Seasons hotel only 10 minutes away. We already had plans to eat lunch there….small world!

We ate at the Ketsi restaurant at the Four Seasons. 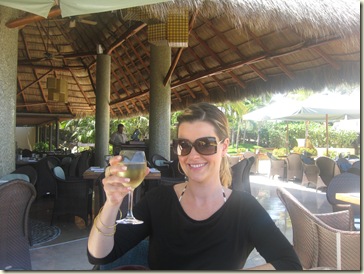 We started with some chips and salsa. 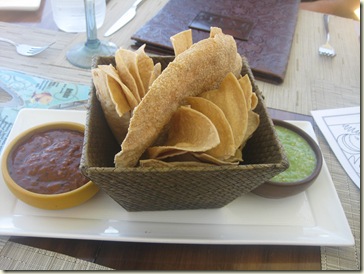 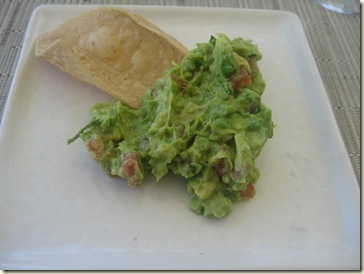 This one was made table side and was excellent! Want to know what was even more excellent? 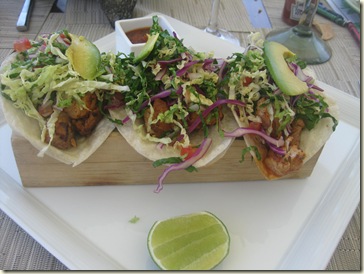 My fish tacos! I know I teased you with a picture of them the other day but let me tell you about them now. The tacos were made with red snapper caught locally each day. The fish had a fabulous marinade on it and was topped with cabbage, a great crema style sauce and avocado slices. Best fish tacos ever. I added Valentina hot sauce to them and went to heaven.

After lunch we met up with our friends and went swimming. After a bit, a mini ice cream truck came by the pool and everyone enjoyed vanilla ice cream cones. 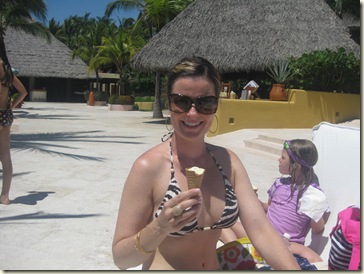 That night in our hotel it was room service again. I choose the Tomato Mozzarella Salad… 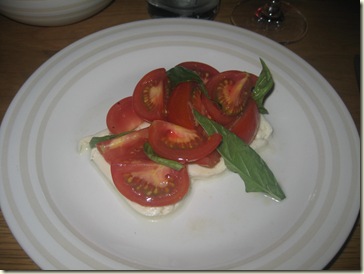 And a big side a guacamole. :) 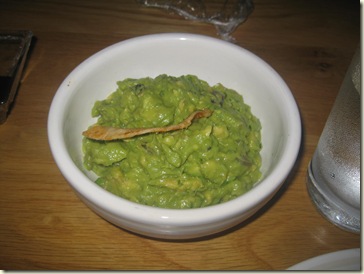 I feel like a broken record but yesterday’s breakfast was another bagel half with peanut butter. Then there was more swimming, packing and lunch.

Fish tacos from our hotel: 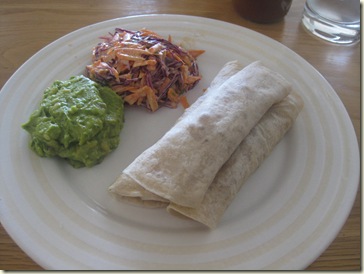 I added the slaw and guac to my tacos and they were pretty good!

I enjoyed the place we stayed at, Los Veneros, except for a couple of things. They only had one restaurant. It’s outdoor and the mosquitoes ate us alive the first night. Also the lack of dinner menu did not jive with my husband. Room service offered the lunch menu and no mosquitoes so that’s what we did after the first night. The other thing was that it was expensive to leave the property. The cab ride 10 minutes away to the Four Seasons was like $40. That’s just how it was. No way around it. We felt a bit stuck. Other than that, it was gorgeous and the service was great!

Then it was off to the airport for our flight to Los Angeles. We ate dinner at the Chili’s at the airport. I really was craving some vegetables so I ordered the boneless buffalo chicken salad. 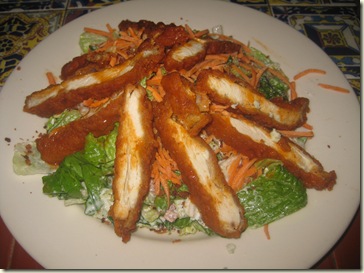 Yeah the chicken was fried but there were veggies under there, I swear!

We ran into more friends at the airport! Crazy!

We had one more flight to San Diego and then it was home to bed!

This morning pickings were slim in my fridge. I rolled with some scrambled egg beaters, shredded cheddar cheese and an apple for breakfast. 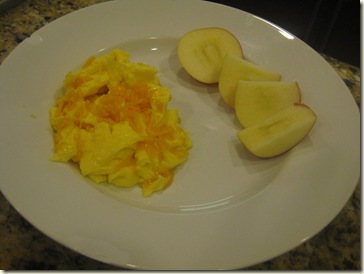 I went to Zumba, then to Trader Joes for much need groceries. I picked up a salad for lunch. 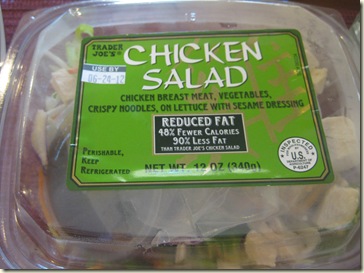 I’ve had this salad before and I like it. It’s not super filling for me though. I see a snack in the near future!

Are you a guacamole lover like me? When I was younger, I wouldn’t touch it. What a shame!