143.0 yesterday and today; Trunk Or Treat

The last twenty four hours has been quite a whirlwind. I’m so glad that I don’t have to go anywhere today…I just want to sit and relax…..

Friday night was a wine kind of night. Which night isn’t though? 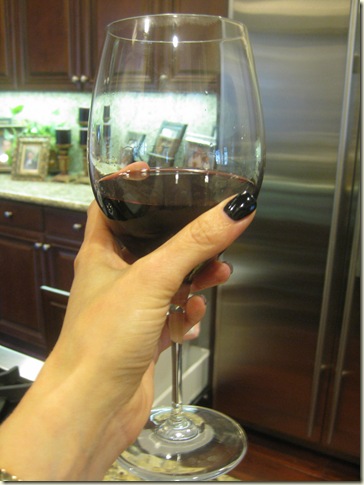 I reheated my favorite pasta from Buca di Beppo that I had in the freezer. Yep, I freeze leftovers from restaurants. I’m glad I did because it still tasted great! Along with a salad, dinner was ready in a snap! 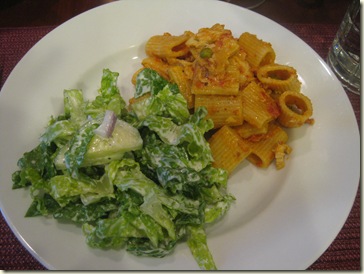 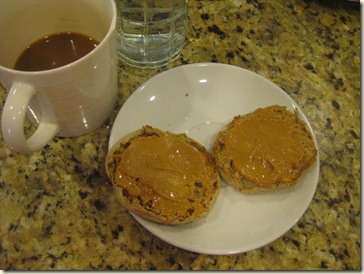 I went to spin class, came home and showered and then made a quick lunch. 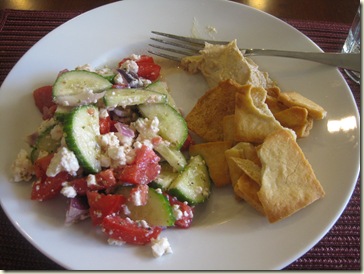 Another Greek style salad with tomatoes, cucumbers, red onion, feta cheese, oregano, red wine vinegar and olive oil. I had some hummus and pita chips on the side.

Then I ran a bunch of errands: dropped my son off at boy scouts, bought bagels from Einstein’s for our sleepover (more on that in a moment), bought some last minute groceries and grabbed an iced coffee from Starbucks.

Then it was time to get ready for our annual neighborhood Halloween Party: Trunk or Treat. You see, our neighborhood is really hilly. Our club puts on a Halloween party where you park your cars in their lot and decorate them. Then the kids “trick or treat” from car to car. They have a DJ, a bounce house and food. It’s a blast every year!

I decided to make brownies for the event: 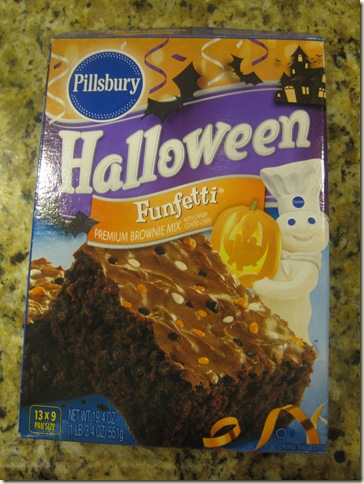 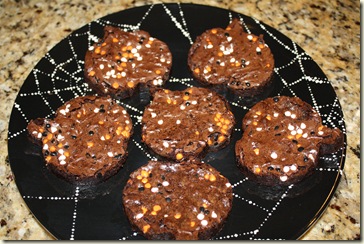 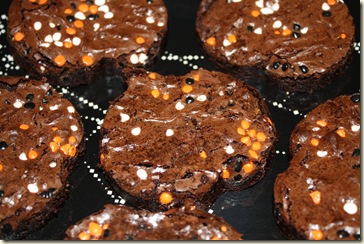 Here’s where things get really nutty….we invited 9 of my son’s friends to come to the party AND have a sleep over. Yes. We only had 7 spend the night though. I like how I said “only”. 8 (including my son) six year olds spent the night at my house last night.

I didn’t take a ton of pictures at the Trunk or Treat last night….I was too busy making sure I knew where all the kids were, that they weren’t hurt or eating too much candy. My friend did snap a picture of me in my flapper costume though: 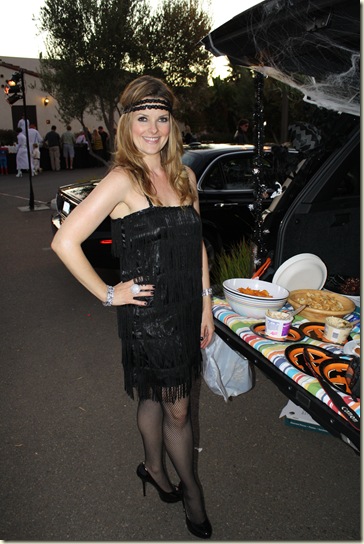 I managed to snack on some nachos from the nacho bar last night. By the time we got home I was hungry so I ate a cold piece of pizza while trying to get all the kids to bed. I think everyone was finally asleep by around 10 or 1030PM.

At a lovely 5:45AM, all the kids were up and ready to play. Yippee. Coffee was in order in a major way. We got started on making pancakes and toasting bagels. I had a bagel with onion and chive cream cheese. 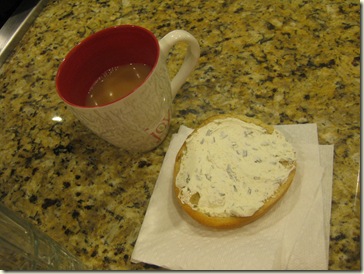 The kiddos were picked up by 10AM. My son had a blast. I’m tired but so glad he and his friends had such a good time. My daughter, by the way, stayed at my sister in law’s house with her cousin. She was a happy camper too.

By 11AM, I felt very accomplished. I had fed 8 kids, unloaded the dishwasher, filled it up again, showered, taken out the trash and cleaned up around the house.

I was hungry for lunch and knew what I wanted. At Einstein’s I bought one pretzel bagel. That was lunch today. 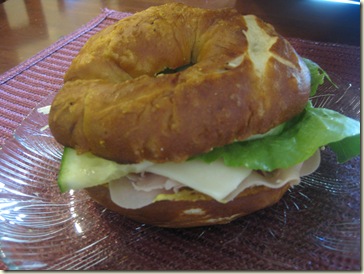 Turkey and Swiss on the pretzel bagel. De-licious!

We have no plans for the rest of the day. Love that.

What are you dressing up as this Halloween?