As If Things Couldn’t Get Any More Weird

They always do in Tokyo. Everyday we find ourselves commenting on how weird something is here. We feel like we are constantly in a real-life video game. Best way I can describe it.

For dinner last night, we met a friend of Stephanie’s (who currently lives in Tokyo) at Kisoji for Shabu Shabu. 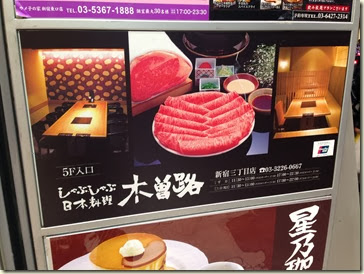 Shabu Shabu is process where you stir beef into boiling broth. You have two dipping sauces: ponzu (the best one) and a sesame one. They say that when you stir the beef into the liquid, it sounds like “shabu shabu.” 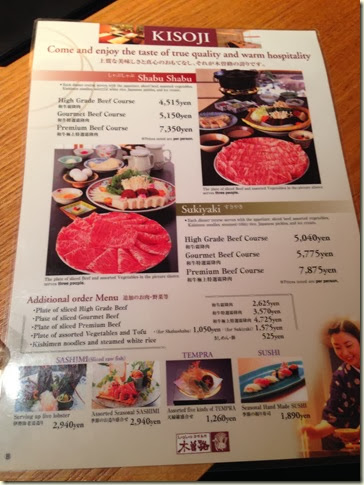 My brother and I: 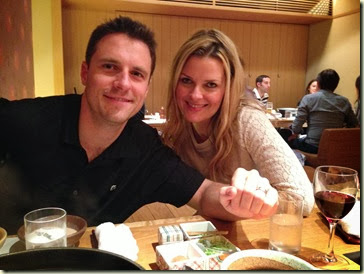 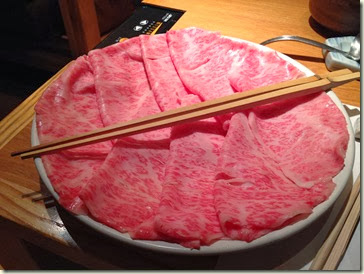 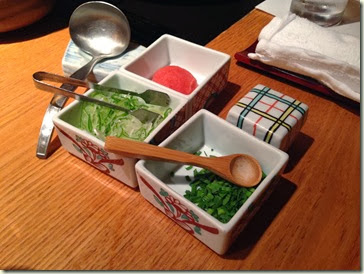 You also stir in assorted vegetables. Check out the beautiful presentation: 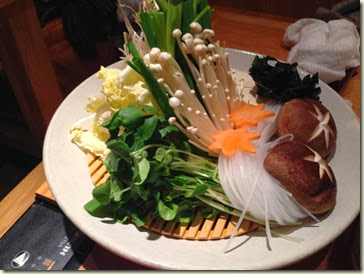 They also brought out a noodle soup. 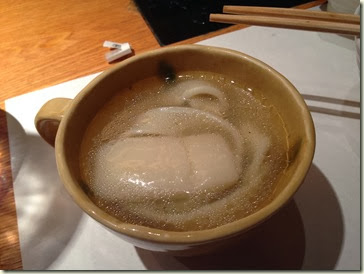 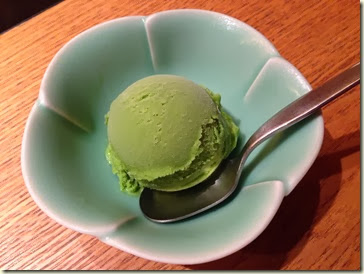 While I enjoyed the meal, I wasn’t a big fan of Shabu Shabu. I just don’t think it like boiled meat. :) 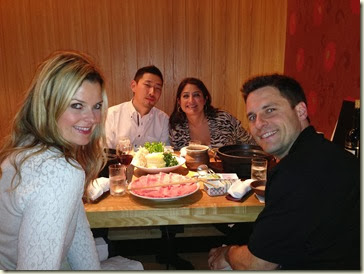 After dinner we went to bed. We had to leave this morning at 4:00am to go to the Tsukiji Market to watch the fish auction and eat fresh sushi for breakfast. 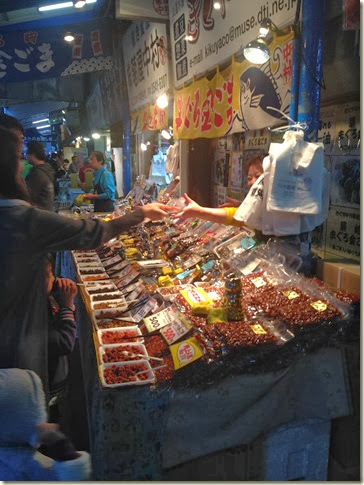 Apparently you have to get to the fish market bright and early and stand in line to get in for the auction. They only let a certain number of people in. Well…we were too late. You’re supposed to get there at 3:00am!

We walked around and watch the hustle & bustle craziness of the fish market before heading to Daiwa Sushi for “breakfast”. 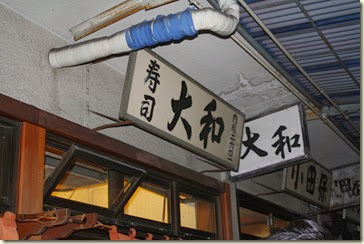 There was already a line when we arrived around 5:00am. Soon after, the doors opened and we were seated at the sushi bar. 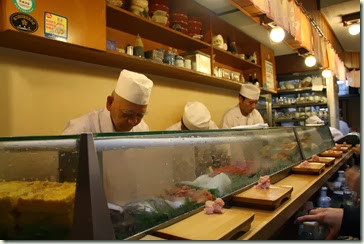 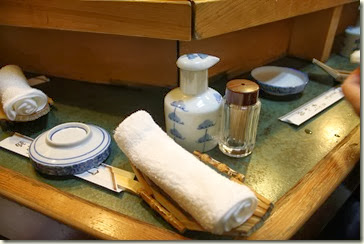 Again, it was a “eat what they give you” kind of place. This time, when the sea urchin started to appear, I politely declined. Sea urchin is the devil.

After our breakfast (which was amazing sushi by the way), we headed back to the hotel. The line for the sushi restaurants at the fish market were around the block when we left. 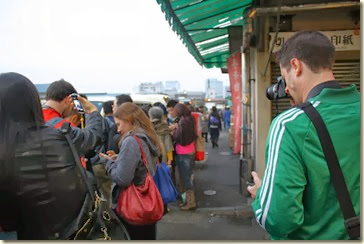 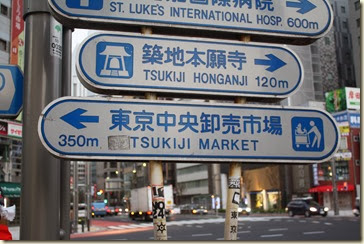 On our way back, we spotted something interesting. A man with nine cats on leashes. It was weird. 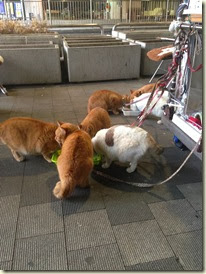 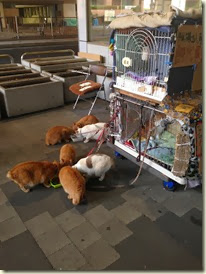 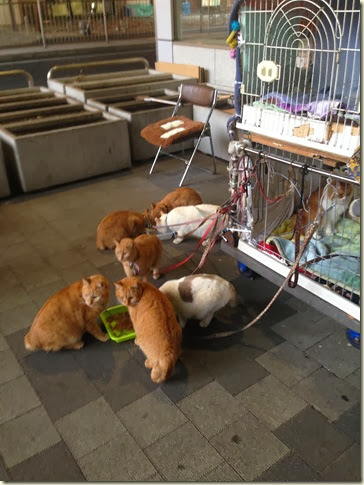 Seriously….where else do you see this kind of stuff!?!

My brother and my mom decided to head to Mt. Fuji (which they ended up not seeing because it was too cloudy). Stephanie and I took a nap and then went out shopping. We decided that we were getting tired of Japanese food (!!) so we hunted out Italian food (which is very popular here). We finally arrived at Il Mulino.

Lunch included an appetizer, pasta and dessert. The appetizer was tuna carpaccio. 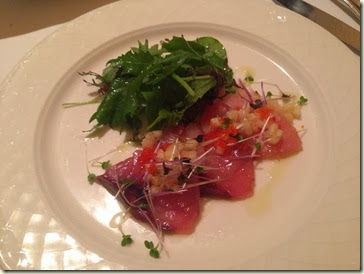 The pasta I chose was Garganelli Bolognese. 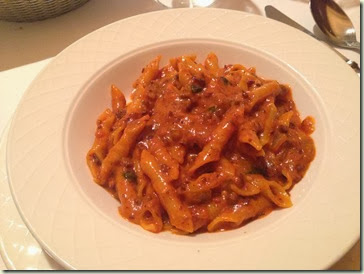 It ROCKED!!! We couldn’t stop commenting on how good it was!

Dessert was a chocolate cake. 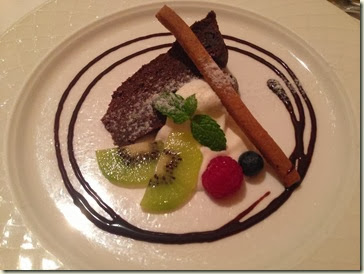 Tonight is our last night in Tokyo. :( We are headed out to dinner soon…and possibly some more karaoke. :)