I always look forward to Bunco night each month. It’s always a blast. Last night was no exception. Susan was the host decided to make it a Broadway theme! 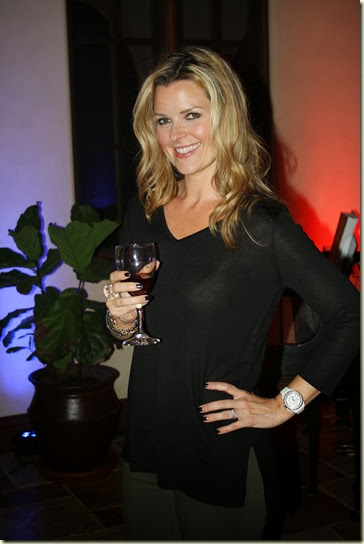 The evening was complete with games about different Broadway shows and characters and sing-alongs. I don’t know a ton about Broadway but had a blast! Susan had an amazing spread of food out. A fall feast! 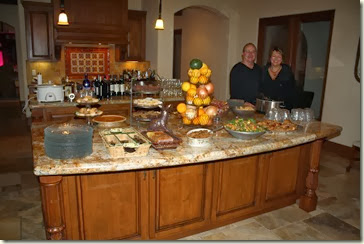 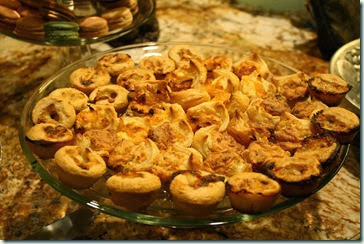 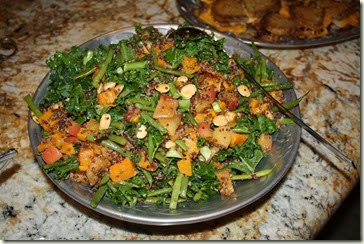 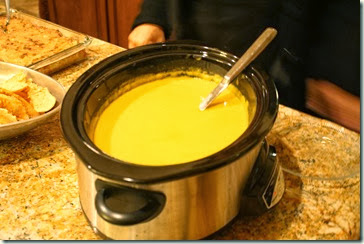 The most fabulous cranberry, turkey and smoked cheese mini sandwiches: 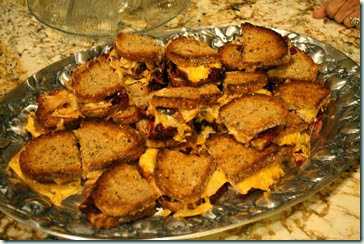 There was also the best artichoke dip I’ve ever had. I made a plate of a few things and went back for seconds. 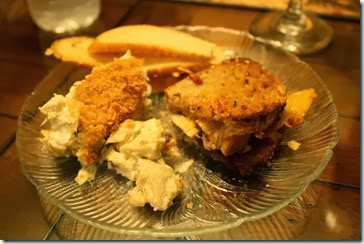 After dinner, we enjoyed dessert and game playing. 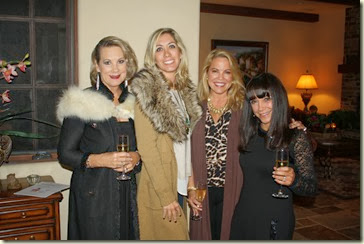 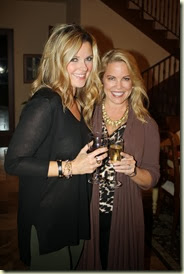 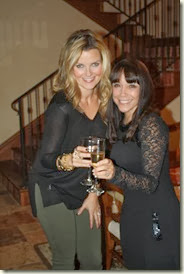 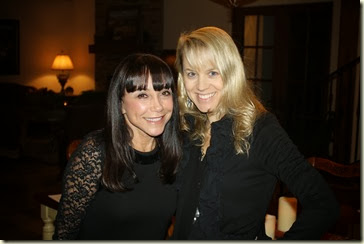 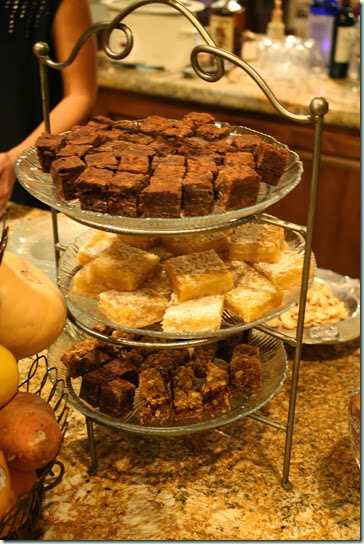 Yum!! Thank you Susan for a fabulous evening!!!!

The festivities continued this morning with Alicia’s birthday breakfast at Snooze. 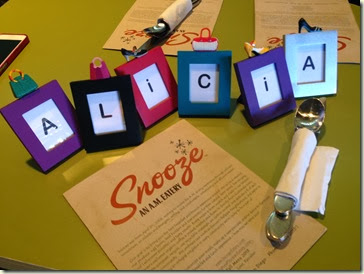 Snooze recently opened and I was excited to try it. The menu had so many delicious options on it! Looks like I’m going to have to go back a few times. :) 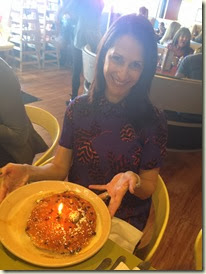 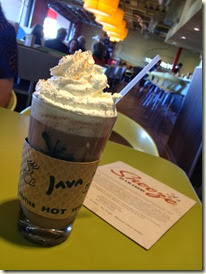 The birthday girl received a “cinnamon bun” pancake with a candle. It tasted just like Cinnabon! Dangerous! :) Lisa’s hot chocolate wasn’t bad either!

I went boring style with a nonfat vanilla latte. 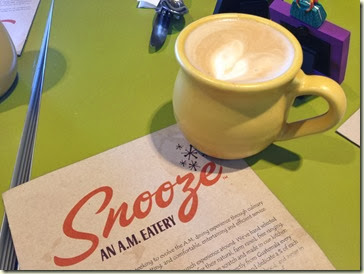 It may have been boring but it was delicious. 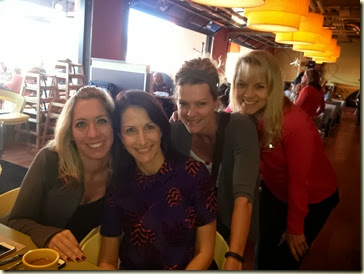 I had heard good things about the breakfast burrito so I opted for that. 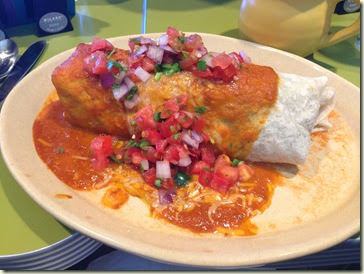 It was filled with scrambled eggs, hash browns, house black beans, cheddar & jack cheese, topped with salsa fresca and your choice of green chili or ranchero. I went with the ranchero. It was breakfast burrito perfection. They even had Cholula hot sauce. I was in heaven. 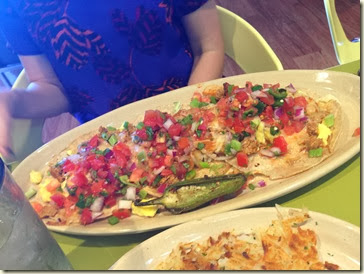 Not too shabby, eh?

Snooze even gave Alicia a bag of coffee for her birthday! 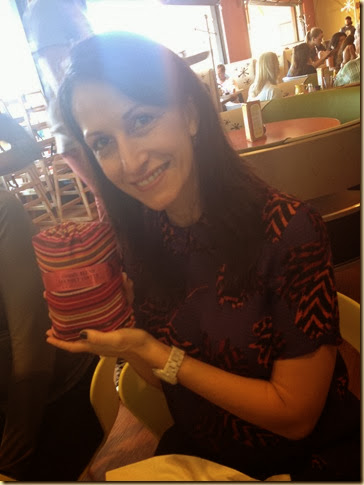 After our fabulous breakfast, I ran a ton of errands and went to a few appointments. Now it’s time to start dinner. I’m actually cooking tonight…it’s been awhile!

Do you have a favorite Broadway musical?