Well hello there! I’m back from my last and final Disney Cruise of the summer! I enjoyed our second trip to Alaska almost as much as the first time. I think because I had seen it already, it wasn’t as exciting but it was still breathtaking. 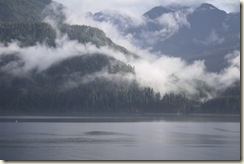 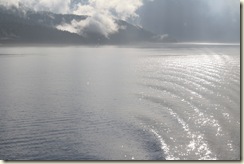 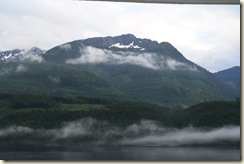 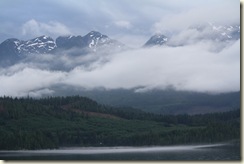 These photos were taken on the last day at sea. It had been raining most of the trip but on the last day, the sun came out along with a a beautiful rainbow. 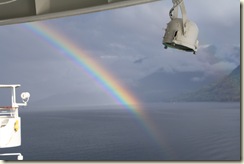 The other day that it did not rain was when we went to Tracy Arm to see the glacier. This time the ship got even closer than the last! 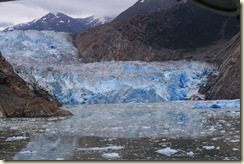 What was also different on this cruise was that I worked out 5 of the 7 days we were on the ship! Go me! Once I even ran 5 miles with one of our friends on the jogging track on the ship. I hadn’t run that far since the half marathon! My legs were definitely feeling it for a few days after. I also ate a bit better as well.

Pros and Cons of the second Disney Cruise to Alaska:

Now that I’m back I’m ready to get back to business. Remember I mentioned that I wanted to loose those “half marathon/vacations” ten pounds?? Well, I’m on a mission starting today. Who’s with me? Anyone want to loose those last few pounds? I’m going to call it “Slim in September.”

This morning I started off the day right with a healthy breakfast. I was so excited to eat the Teddie Peanut Butter that I received from OpenSky before I left…the Super Chunky variety is awesome! I put it on a toasted waffle and had some strawberries on the side. 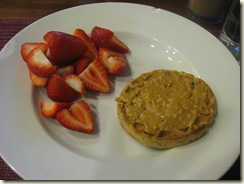 Today was a big day at our house. My son started 1st grade today! I have no idea where the summer went! We all piled in the car bright and early this morning and took him to school.

After the big drop off, I went to Zumba class, to my nail appointment and to pick up a sandwich at Subway for lunch. 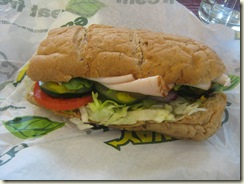 My daughter starts school on Monday. She will be going to the preschool at my son’s school. The preschool teacher comes to each child’s home before the school year starts and today was our turn. I think that it is such a great idea to have the teacher come over and see my daughter’s environment, meet the family, etc. Now she won’t be so nervous on Monday when she starts her new school.

Eventually it was time to pick up my son from his first day back. I ate an apple on the way. 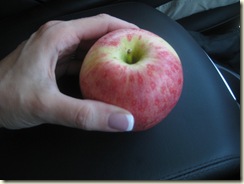 I’ve done a good job tackling the unpacking and getting all the suitcases put away. The amount of laundry I have to do is ridiculous. I’ll save it for another day! Welcome back to me!

Who’s with me on my “Slim in September” challenge?

Where you excited or nervous before the first day of the school year?